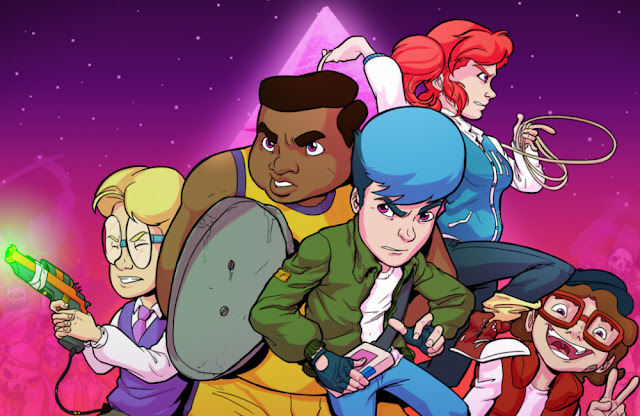 Nostalgia-bait is all the rage at the moment, across seemingly every medium. From Stranger Things to that Ghostbusters reboot to all those NES-style retro platformers at keep popping up, there’s this fixation on ’80s pop culture. When those references work in concert with the narrative to make the’ 80s theme into something more than just window dressing, you wind up with something special. When they don’t, you get something that seems to begin and end with “Hey you, remember the ’80s? We do.”

Sadly, Crossing Souls falls squarely into the latter group. Its heart is in the right place, as it endeavours to tell the sort of coming-of-age adventure that defined so many films of that era, but it struggles to look past those “Only ’80s kids will remember this!”-type jokes and actually give you a reason to care about its characters and their world. Top that off with clumsy action-adventure gameplay and minigames that add nothing but frustration, and it’s hard to recommend Crossing Souls to all but the most rose-tinted 80s kids.

The nostalgia kicks in right from the outset, when protagonist Chris is woken by a sudden walkie-talkie transmission from his little brother, Kevin. Apparently, Kevin’s made some sort of discovery, and Chris needs to gather their whole gang and bring them to their secret clubhouse in the woods. 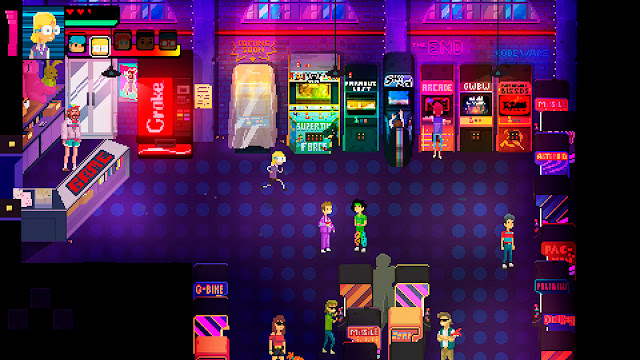 As it turns out, the thing that had Kevin so excited was a dead body, and things take a turn for the weird when the kids discover a strange glowing stone among the corpse’s effects. Before they know it, they’re roped into a major conspiracy involving a corrupt military general and his goons, and an ancient Egyptian artifact that allows communication with the dead.

That makes for a fascinating premise with a Goonies meets Saturday morning cartoon vibe, but it never really amounts to more than that. These sorts of stories run on excitement and character, and Crossing Souls doesn’t have much of either.

The adventure that makes up most of the game seems to largely involve being dragged aimlessly from one area to the next, driven by countless detours. Moments of genuine excitement are few and far between, and the tedious gameplay that links those moments—more in that shortly—makes them seem that much more rare. 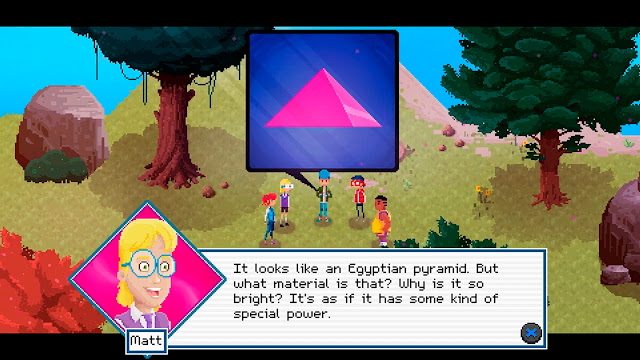 The attempts at genuine tenderness similarly get lost in the game’s awkward pacing and obsession with referential jokes. At one point, a character goes from days’ worth of moping (understandably) about the sudden death of a friend to rearing to get back to the adventure at the drop of a hat. Later on, the group seems relatively unperturbed about their town getting taken over by an evil paramilitary group and their parents being kidnapped—it’s just an excuse for another adventure.

It’s also an excuse for some run-of-the-mill action-adventure gameplay—fight monsters, solve puzzles, take on some platforming challenges; you know the drill. There are some neat ideas in there, chiefly around the use of the aforementioned magic stone to shift between the worlds of the living and the dead.

The problem is that Crossing Souls doesn’t do a good job of making clear what you can interact with, what’s part of a particular puzzle, and what’s just part of the background. None of the puzzles are especially taxing once all the pieces are in place, but too often I found myself getting stuck just because I didn’t realise that something that looked like a background element was actually a key part of the puzzle. 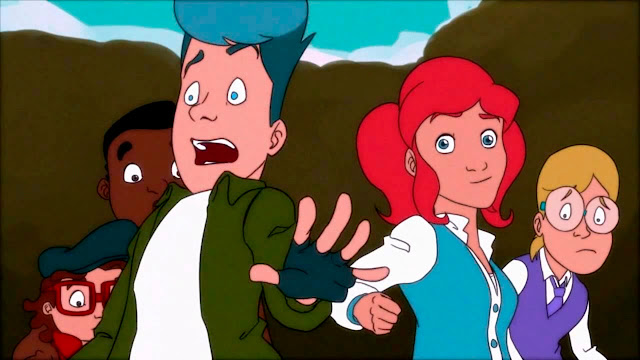 Crossing Souls also has its share of platforming sections, and there’s another neat idea in the unique movement skills available to each character: Chris can jump and climb things; Matt can use a jetpack to fly short distances; Charlie can use her whip as a slingshot to launch herself across big gaps. Unfortunately, once again, a good idea is lost in execution, with the top-down camera and fiddly jump controls making these jumping puzzles far more trying than they ought to be.

Combat generally fares better, playing it close to the time-honoured dodge and counter system. The different characters all sport different fighting styles and weapons, and you can switch between them on the fly. To some extent, the different characters are better suited to fighting in different situations, but it’ll mostly come down to personal preference—whether you want someone slow and heavy-hitting like Big Joe, someone nimble like Charlie, or someone who’s good at fighting from a distance, like Matt. There’s nothing groundbreaking here, but it works well enough.

Every now and then, the usual puzzle-solving and combat loops are interrupted by some sort of mini-games, and these are Crossing Souls at its absolute worst. They’re designed to call to mind ’80s classics like Double Dragon and Space Invaders, but they range from either being mind-numbingly dull—a beat-’em-up with the most simplistic attacks and enemies—to outright broken, like a shoot-’em-up with wonky hit detection. One particularly awful one pops up early on, as you try to flee the police on your bike and have to dodge obstacles along the road with almost no warning; it calls to mind Battletoads, in the worst way possible. 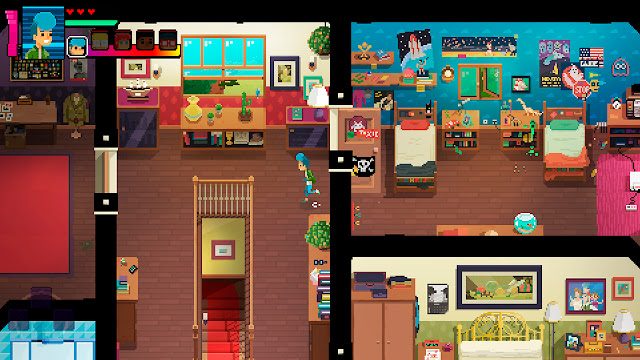 Crossing Souls’ one saving grace is how gorgeous it looks. Its pixel art style eschews the minimalism typical of retro-style games in favour of something far more detailed, helping to build personality into every character animation, enemy, and piece of scenery. The animations are full of life, and everything is as bright and colourful as you’d expect from a game playing off ’80s nostalgia. Events are regularly interrupted cutscenes animated in the style of those Saturday morning cartoons, complete with a stretched-tape effect across the screen, and they look great.

If only the rest of the game could live up to those visuals. Crossing Souls works just fine as a vessel for rose-tinted ’80s nostalgia, but shallow storytelling and gameplay that shifts from uninteresting to outright frustrating ensures that it never gets to be anything more than that.

I have a lot of faith in Space Hulk: Tactics