Shenmue’s one of those games with a reputation that precedes it — its innovative design practices went on to influence hundreds of games after it, and yet the only legal way to play the original is to boot up a SEGA Dreamcast. With the third game hot in development, SEGA has now announced a release date for a compilation of the first two games in order to get players up to speed.

The Shenmue series follows Ryo Hazuki and his journey to seek revenge for the murder of his father, but the real star is the fully realised open world which at the time was both a technical marvel and a unique gameplay experience. Whereas it’s technically an action/adventure game with beat-em-up sections, its open-ended world and wealth of side content lends comparisons to the Yakuza games, which some consider to be spiritual sequels. Shenmue also had an eye for cinematic flair, boasting complex cutscenes, a gorgeous soundtrack, and a quaint atmosphere that lends the game a timeless quality.

Players looking forward to Shenmue 3 would do well to brush up on the plot with these re-releases, but hopefully the compilation’s availability on PC, Xbox One, and PS4 will allow the series to find some new fans too. The games come at a budget price and feature both the original Japanese voice track and the charmingly hilarious English dub. Shenmue I & II releases on August 21 worldwide.

There be more Mercenaries games on the way, yehyeh

Earlier in the year, Circle Entertainment released a compilation of Mercenaries games for Nintendo Switch. Three games, to be precise, and that was one heck of a good value package. They might not be up to the same standard as Final Fantasy Tactics, but they’re certainly enjoyable. 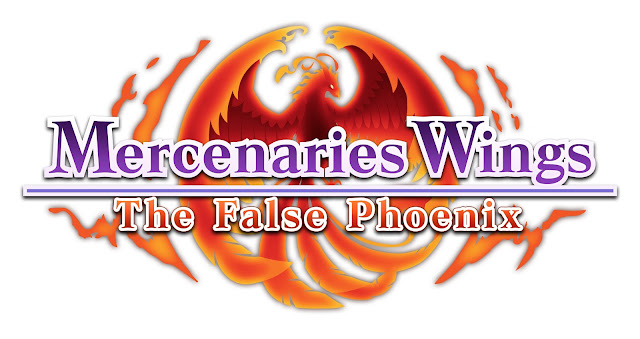 And now there’s another one coming to Nintendo Switch and PlayStation 4. Titled Mercenaries Wings: The False Phoenix, it’s an entirely new chapter in the Mercenaries franchise, with new characters and a new storyline. We’re being told that you won’t need to have played the original games to enjoy this one (and that makes sense since the original games weren’t exactly telling stories of masterpiece importance).

So you can look forward to more simple, clean, enjoyable tactics JRPG gameplay from this new Mercenaries title when it lands sometime towards the end of the year. No doubt it won’t win a game of the year award, but if the developer takes the opportunity to be a bit more ambitious this time around, it could turn out to be very enjoyable as a standalone release.

Come November this year, Switch owners will get a chance to revisit the early history of one of the arcade industry’s most iconic companies. The Switch-exclusive SNK 40th Anniversary Collection will be released on November 13 in North America and November 16 in Europe, publisher NIS America announced this week.

The 40th Anniversary Collection focuses on SNK’s early history, prior to the NeoGeo games the company is best known for. That means you won’t see games like Metal Slug and King of Fighters in this collection; rather, it brings together a selection of arcade gems from the ’80s. Announced games so far include Alpha Mission, Athena, Crystalis, Ikari Warriors, Ikari Warriors 2: Victory Road, Ikari Warriors 3: The Rescue, Guerrilla War, P.O.W., Prehistoric Isle in 1930, Psycho Soldier, Street Smart, TNK III, and Vanguard. Many of those games had home console versions that were quite different to their arcade counterparts, and the collection will include those as well.

More games will be announced closer to release, and SNK has plenty of others from that era to choose from. It’d be great to see the likes of Touch Down Fever, Main Event, and Fantasy to bring a bit of variety to the collection, which is currently very shooter-heavy. I’d also love to see Ozma Wars in there, given its historic value — it was SNK’s first game, one of the earliest shoot-’em-ups, and is said to be the first action game to include a life bar.

Jibanyan Journeys to the West in Yo-Kai Watch Blasters

While we’ve had a lot of releases announced for the Switch recently, 3DS fans have been feeling a little left out. Enter: Yo-Kai Watch Busters (localised as Blasters)! The brawler’s already been out in Japan since 2015, but Level-5 have now announced that Jibanyan and crew will be bounding onto screens in other regions.

Much like Pokémon’s formula of a trio of releases, each with a different star legendary Pokémon, Yo-Kai Watch Blasters will release with 3 different editions. The trailer released late last week focused on Red Cat Team (led by Jibanyan) and White Dog Squad (led by Komasan). However, it also showed the White Rabbit Squad Edition at the end, which was a version released as a Japanese update, starring Usapyon as the shot-caller.

Now, it looks like the title will head our way this year. There hasn’t been a confirmation on the date yet, but it released in South Korea earlier this year so presumably an English localisation has been in the works for some time. I’m keeping my fingers crossed — the brawler looks perfect for the 3DS.

Videogames inspired by opera; few in number and a critical quagmire, but so, so precious