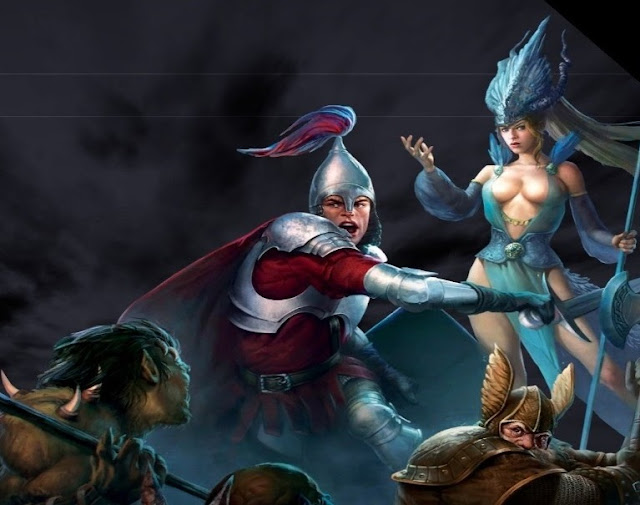 Realms of Arkania: Star Trail is two things; firstly, it’s a really fine RPG in its own right, hearkening back to the very most traditional ideals of the genre. This is a game for people who fondly remember the first and second editions of Dungeons & Dragons, of pulp fantasy, chainmail bikinis, and labyrinthine crypts and dungeons to explore where such “high” concepts as morality and philosophy are kept as simple as possible.

Secondly, it’s not a game for anyone who doesn’t remember what a classic RPG looked and felt like.

Realms of Arkania: Star Trail is the sequel to the original Blade of Destiny (also available on PlayStation 4, but not a requirement to play the sequel). This game hails from around the same time as the original Elder Scrolls (Arena), though the version that you can play on console is a remake that helps make bring it somewhat closer to modern standards in terms of presentation.


It also offers a mix of gameplay styles; when you’re in dungeons and towns, Star Trail plays from a first person perspective. This is where you’re meant to get a sense of world-building, as each down and dungeon does have a distinct character and tone, and through we’re not talking about Skyrim standards of presentation here, after a while exploring these spaces does start to appeal to the nostalgic.

Movement between towns and dungeons occurs via an overworld map, which represents your party of heroes as a little red line drawn across the map slowly as the cycles of day and night pass by. Along the map you’ll have encounters and come across crossroads that allow you to explore what is one incredibly expansive world. It’s not the most exciting way to represent that expanse, but your team can get sick and exhausted, and you do need to find places to camp and ward off the elements. When you’ve got a five day travel between towns, and need to hunt for food and water while on the road, there’s a certain sense of epic adventure, even if the actually presentation is a little dry.

When combat happens, the game shifts to a tactical battle map, which will be vaguely familiar to people who have played the likes of Fire Emblem or Final Fantasy Tactics. Combat in Arkania can be difficult, however, and enemies can take a lot of damage and deal a lot back in return if you don’t make food use of the dozens of skills and abilities each of your characters has access to. 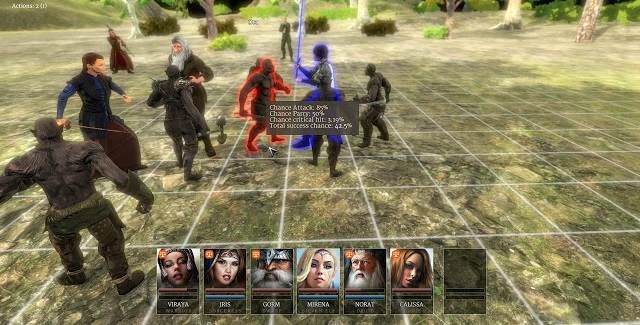 A common thread across classic RPG design is that there was always a significant chance to miss an attack. The idea being that gaining experience levels, magic equipment, and skills would boost the chance to hit as much as they would the damage done. This approach has been steadily phased out over the years as designers have come to realise that missing attack after attack can be frustrating, and it was much less irritating to simply escalate a character’s capacity to do damage. Star Trail, however, embraces the chance to miss with great gusto, which forces you to look for any opportunity whatsoever to improve your character’s accuracy. It also means that battles tend to be drawn out affairs, but it also means that there’s a neat risk/reward mechanic in place in going for the low accuracy, but high-damaging attacks.

In fact, everything you do in Star Trail will take some time. Levelling up characters involves carefully assigning points to dozens upon dozens of skills (you can automate the process, but I wouldn’t trust what the game decides is right for your characters). As I previously mentioned, combat takes its sweet time to play out, and moving from one town to another involves frequent breaks to set up campfires and rest. The game also does a poor job of explaining to you where you need to go next, and what you can do within each town and dungeon, so you’ll spend a lot of time wandering around trying to piece together just why a town is so hostile towards you, or how to push on deeper into a dungeon.

If that all sounds quite dull to you, then there’s every chance that you’re one of those that didn’t grow up with early era pen and paper RPGs. If you’re anything like me, however, the ability to pour over character statistics, read page after page of text that sets the scene, and meticulously inch your around dungeons will be appealing. The lack of markers pointing you to your next objective will be appealing. Heck, at the very start of the game you’ll be told to go find a village of dwarves in a southern mountain range that doesn’t exist on your map… so wandering around the dangerous mountains and trying to find this location in order for the adventure to properly start will be appealing. 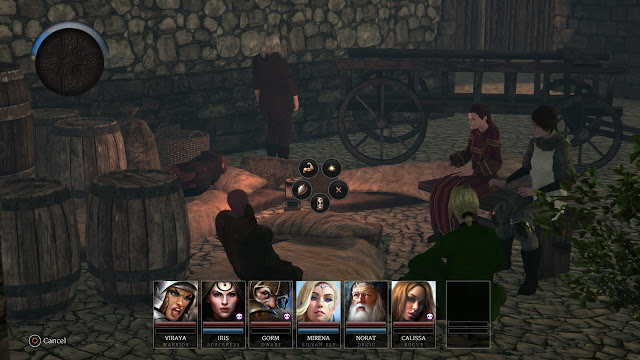 “Immersion” in RPGs back then worked on the premise of getting players to engage their imaginations. With primitive visuals and an inability to render an entire “open world” to explore, creators instead encouraged players to mentally go on the journey with their characters by slowing the action right down and forcing them to carefully manage everything, right down to rest stops. The scope of something like Star Trail is well beyond anything that modern RPGs throw at players. Yes, even the likes of Skyrim and Dragon Age: Inquisition. It’s more subtle, because it works off text and complex character and party management, but it’s grander.

Naturally, you’re going to have to push past relatively primitive visuals and an archaic user interface to even start to play Realms of Arkania: Star Trail. And once you’re through that you’re then going to have to settle in to a slower pace and the reality that, as an older game, there are conveniences that have been introduced as standard into videogames in the years since that you’ll miss. But if you’re able to settle into Realms of Arkania’s rhythm and allow it to engage with your imagination, there is an awful lot of nostalgic joy to derive from something so wonderfully classic as this.