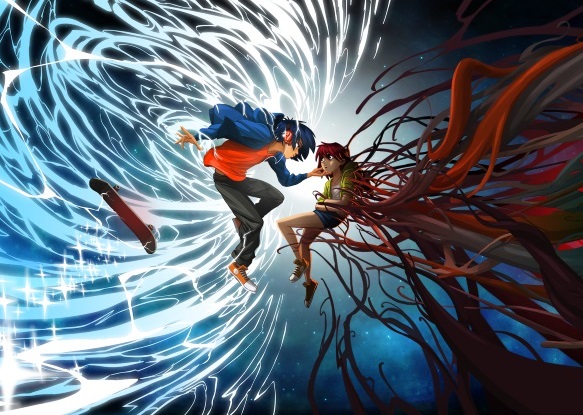 I’m a bit of a rhythm game fiend. I’ve gotten my grubby little hands on every rhythm title that’s come to the New Zealand eShop, and I’ve had a pretty great run with all of them. The Switch has a great selection of rhythm games, and the standard set has been pretty high overall. From the likes of fan favourites like Voez, to the highly anticipated Taiko, there’s no shortage of quality titles available to other like-minded individuals (except there’s NO FREAKING HATSUNE MIKU GAME YET – ed). There’s no room for mediocrity in the Switch’s rhythm game ecosystem, and it’s such a shame that Lost in Harmony doesn’t have the same star power as its competition.

Plenty of people had high hopes for Lost in Harmony, and we can probably attribute that to the fact that it boasts a decently star-studded line-up. From the fact that it had Wyclef Jean working on original music, to the creator of Valiant Hearts sitting firmly at the helm, it appeared to have all the necessary components for success. Notably, we were almost assured that it’d deliver a heart-wrenching story replete with nothing short of a Grammy-eligible soundtrack. Lost in Harmony actually makes great strides in delivering both of the above, so you may be left wondering where exactly it’s fallen short. In summary, it’s the execution.

Lost in Harmony’s music selection sits somewhere between the familiar classical stylings of Deemo and the more esoteric dubstep and trap-influenced tracks of Voez. It has its own Hybrid Theory range of tracks that take well-known classical compositions and gives them a bass and synth-heavy update. While this sort of musical styling is interesting the first time you hear it, it can very easily wear out its welcome because the compositional variety just isn’t there. It’s all very well to draw inspiration from classical music’s various eras but what’s the point of bothering with those different composers if you’re just going to use the same synthetic accoutrements from track to track? 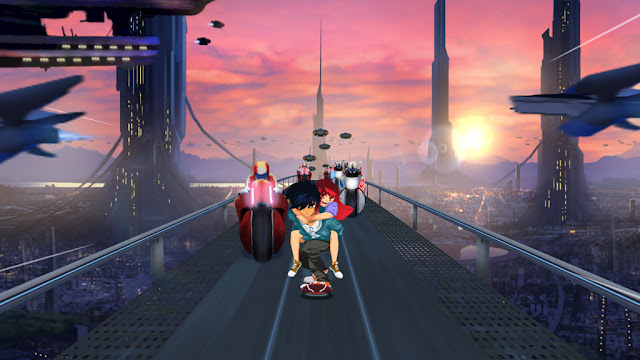 There’s a surprising lack of tonal variety when it comes to the music in Lost in Harmony, and the arrangements used are in stark contrast to the designs of a lot of the earlier stages. If seguing from Requieum, Dies Irae into sophisticated elevator music as you’re parting the seas on a hoverboard sounds like a ridiculous image, that’s because it is. The ebb and flow of background music can easily be turned to a game’s advantage if used correctly to build tension. In rhythm games, this is something that’s incredibly key. However, the timing just isn’t quite there with Lost in Harmony, which can leave players a little high and dry as the pacing of levels fails to match up with the expectations being set by the music.

That pacing issue goes beyond the use of backing music and into the core of the way that levels are designed in the game. While it markets itself as a rhythm game, it relies very heavily on basic action runner mechanics. This is really anything from leaping over barrels of fish on the ground, dodging from side to side, and avoiding large, rampaging enemies that do damage to you. Each time you’re hit, your score decreases – get below 50 per cent for the level overall, and it’s a fail. My complaint here isn’t about how the score works or about the ostensible difficulty of the game. It’s actually more than mangeable, and does a decent job of ramping up in an encouraging way that gives players time to learn the tools they need to succeed.

The one problem that I can see people running into with the Switch version in particular, is playing with the joycons. Yes, Lost in Harmony can be played using the touch screen. It’s a mobile game that’s been ported to the Switch, and with that port has come the compulsive need to ensure that the game makes full use of the console. Voez has done the same in introducing button controls to the game, so that in itself is not an issue. It’s in the use of the same button for multiple actions that the mapping of the Switch version’s controls gets a little uncomfortable. 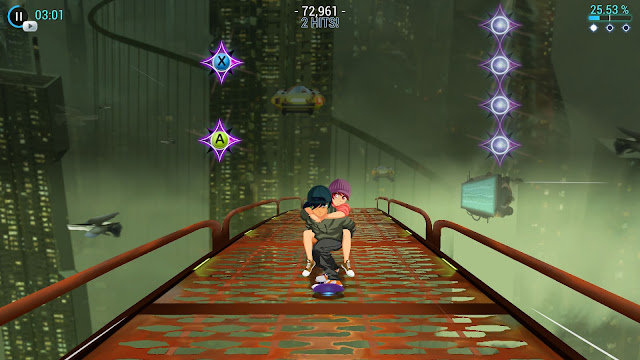 Playing in handheld mode will likely be the natural choice for a lot of people. That being said, the game clearly requires more optimisation in terms of control choice and selection in order to allow players the full experience that the mobile version’s touch-only scheme offered. Part of the reason for this is the way that levels in Lost in Harmony require the sort of precision usually reserved for someone trying to play through the original Crash Bandicoot. It’s less of a traditional rhythm game and more of an endless runner with obstacles strewn all through it that require a decent amount of off-rhythm button presses to clear.

When I talk about off-rhythm button presses, I’m not talking about syncopation. That’s often used to great effect on rhythm games, especially where melodies are actually fugal in nature, and they’re a good way to up the difficulty in similar titles by forcing players to juggle more than one “primary” beat. Lost in Harmony’s obstacles and dodging mechanics are not implicitly designed around the beats and melodies of the soundtrack. In fact, delaying jumps or dodges for a half a second based on when the beat of a track fell often turned out to be a fatal exercise. I found the activity of ignoring the voice in my head screaming “1, 2, 3, 4” more conducive to my scores, especially considering that success came most easily when I was focusing on warning indicators of incoming obstacles instead of the rhythm of play.

While that’s not inherently an issue in a platformer or an endless runner, it’s most definitely an issue in a rhythm game. The clue should really be in the name; Lost in Harmony is a game that suggests a deep, meaningful relationship with music as a medium, but it only superficially uses musical clichés as a vehicle for its story. Again, this in itself wouldn’t be a problem if the story was an incredibly poignant one which was improved by the form of dreamscape storytelling utilised in the game. Unfortunately, DigixArt clearly meant well, it struggled a little with turning a sad story into an interesting one. 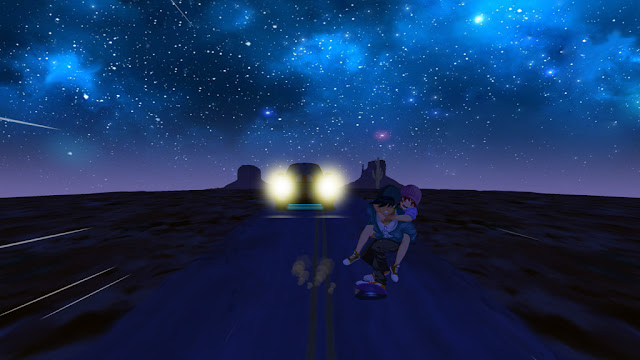 Very early on, you learn as the main character that your best friend (and perhaps romantic interest) is suffering from a terminal illness. This bond between Kaito and Aya is reinforced by the games many cutscenes and even the concept art, which hints at more adult subject matter than the visuals suggest. This is the kind of story that you’d have to be a robot to not get a little emotional about, but it’s also easy to fall into the trap of a narrative overly showing sadness rather than inviting players to feel a certain way about an emotional event.

The game relies on the use of a variety of mediums to tell its overarching story. You see texts between the two characters, and get an insight into how long the protagonist has been struggling with his friend’s illness through a montage of his room. The characters visit a number of different dreamscapes that become more fantastical as time goes on, and the use of allegories and metaphors ramps up as you’re told that something is Seriously Wrong. That is really the crux of the issue – that Lost in Harmony yells, “Care about this now,” instead of creating scenes that naturally provoke that emotion.

It’s in the level designs that aren’t bound by a common thread that isn’t the two protagonists. It’s also in the issues that the game has with using music as a police baton instead of a conductor’s baton when it comes to keeping levels interesting. Sure, the Switch version includes a second, shorter campaign where a robot is the titular character which echoes many of the same philosophies without the narrative focus. If Lost in Harmony didn’t spread itself as thin trying to make sure that it incorporated three other genres of games as once then it would likely have been incredibly successful at telling the story that it originally wanted to tell. The concept was there, and I so badly wanted to enjoy it. Unfortunately, caring about the contrived cancer plotline would have only been possible if so much of my time wasn’t taken up by wondering how DigixArt has taken a great mobile game and made it somehow less accessible on a more powerful device.

Darksiders is not a “Zelda clone”; Also we have a release date for Darksiders III