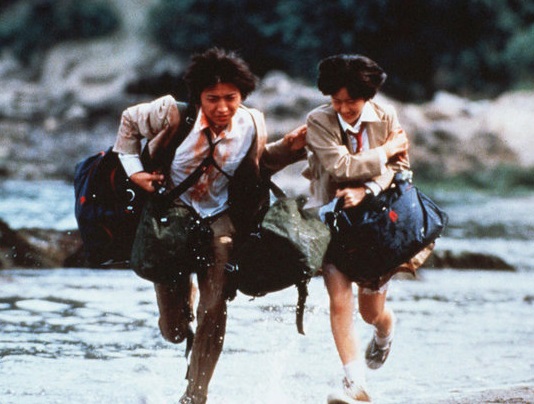 It’s impossible to get away from these battle royale games. The genre got its start with PUBG, before Fortnite really took the mantle as the blockbuster that everyone wanted to emulate. And now Call of Duty, Battlefield, and all the other hyperviolent shootybangs are desperately trying to play catch-up with their own spins on the formula.

Truly, I’ve never seen a genre grow to saturation point quite so quickly, which is proof of just how well these games have resonated with the community. I’m sure there will be people that will yell at me for this piece, but to put it upfront; I’m not denying that battle royale games are entertaining or enjoyable. I’m also not saying that you can’t enjoy them – for some reason people get so upset when other people are critical of the things they like. But to me, this genre reflects uncomfortably on the prevalent attitudes within the video game industry, and it has a lot to do with the term that “we” have decided on to describe them.

I’ve played a fair few rounds of Fortnite myself since that Nintendo Switch release. I’ve played enough to understand why people enjoy them, but as a guy that likes videogames for the stories they weave, Fortnite was never going to really resonate with me. To me, battle royale games represent the very pinnacle of pointless entertainment, in that there’s no meaningful narrative context to Fortnite. Yes, there’s that argument that the players are the storytelling agent in the games, but I don’t really buy into that argument, since players aren’t provided with meaningful tools for storytelling. Instead, the game provides players with the same tools that a sporting match provides athletes; it gives them a competitive space and the equipment they need to “win.”

Just like a football match can have drama (and I’m watching the FIFA World Cup at the moment, there has been plenty of drama), Fortnite can, too, be dramatic. But that’s not a focused storytelling experience. That’s an event dominated by adrenaline and visceral excitement. It’s wonderful, but any narrative you derive from it is a secondary product to the primary goal of these experiences.

Which brings me to my issue with the battle royale genre; the term explicitly comes from a Japanese novel (yes, Battle Royale), and that novel is incredibly narrative-focused. Moreover, by associating the genre with the book, the entire games industry is doing that book a great disrespect and disservice.

Battle Royale was written by Takami Koushun and published in 1999. To date it has been his only book, and on reading it it’s hard to shake the feeling that it will be his only book; it’s so clearly personal that it’s one of those one of a kind pieces of literature that virtually no author would ever be able to find inspiration or emotional resolve to repeat.

In Battle Royale, a class of junior high school kids are selected at random each year to be kidnapped and forced into gladiatorial-style combat, where they must kill one another until there’s only one left. The kids are forced onto an island, given weapons, and have wireless devices installed on them that will kill them if they leave the island’s GPS-determined combat area. Then, in order to force confrontation between ever-shrinking numbers, the teacher and organisation that sets up these combats starts to shrink the allowable combat zones…

All of that will sound familiar if you have played a typical battle royale game. That’s why it’s so obvious where the term came from. The problem is that the Battle Royale novel doesn’t stop there, at the violence and bloodletting. To Takami that was just the basis to build his themes. A motif that Takami used to explore his anger with a range of socio-cultural norms within his culture. For some examples of those themes, and from just one analysis of the book (and there are many you can make):

“Koushun Takami believes that the culture in Japan of obeying your elders and the Japanese government was propaganda and as a culture we should fight against it.”

“The book is about the evolution of what television could turn into if we are not careful and what the government can turn into if you are not vigilant.”

“Japanese ideas of “self” not being as important as “country” and heroism being possible in the faceless masses can be found in the novel.”

Were I to write an analysis of Battle Royale myself, I’d be more inclined to cover the raw transgressive nature of it; the extreme violence and sadism that the book often depicts. Much like the Marquis de Sade himself (from which we derive the term “sadism”), Battle Royale’s extreme nature proved to be incredibly controversial and transgressive in Japan, and it was deliberately so; it was Takami using a bludgeoning tool to drive home a criticism of the prevalence of violence in popular entertainment. Yes, that’s right. Battle Royale is explicitly a criticism of violence and the socio-cultural worship of violence and the “heroes” that are produced through violence.

That theme is carried to an even greater degree through the film made based on the book. When Japanese transgressive filmmaker, Fukasaku Kinji, then adapted the book to film, he added his own socio-political commentary over the top. “But Battle Royale director Kinji Fukasaku actually survived World War II. He was just a teenager himself when he was put to work in a munitions factory in Japan,” Neda Ulaby notes in her analysis of the film. “The experience left Fukasaku with a lasting abhorrence of war — and a profound sense of betrayal by grownups that persisted into his own adulthood.”

From this we can see that “battle royale” games, such as PUBG and Fortnite, are an almost diametric contrast to Battle Royale. These games celebrate violence, and make it the centrepiece of the action. There’s no sense of subversion within the game; indeed, the rewards for playing well are bigger and better weapons to cause more context-free mayhem, and the winner is the one that does the violence best. That comes without the implication that the winner is also a loser, as per the Battle Royale novel and film.

And yet, because there’s that superficial resemblance to the structure of the “game” in Battle Royale, the video game industry has been quite happy to co-opt the term to describe its own experiences. This concerns me. It displays a lack of critical thought within the industry as a collective. There’s no acknowledgement out there that “hey, these games aren’t actually anything like what Battle Royale is on about,” which either means the critical weight of the games industry isn’t aware that they’re mis-associating their games with a book that has nothing to do with them… or they just don’t care.

Either way, it means that the battle royale video games are, in an ironic twist, precisely what Takami was so frustrated in within his book; the unthinking celebration of violence as entertainment. A lot has been written about the excess celebration of violence in video games – it’s hard to sit through an E3 without one critic or another making a note of just how heavily developers rely on the visceral thrill of killing to give their games purpose and commercial viability. And yet, even despite that awareness within some circles, it’s hard to look at the limited or unthinking way that video games have latched on to Battle Royale and not be left with the impression that for all the gains games have made as art, this remains a very superficial and deficient art form in the mainstream.

We have a release date for Warriors Orochi 4!