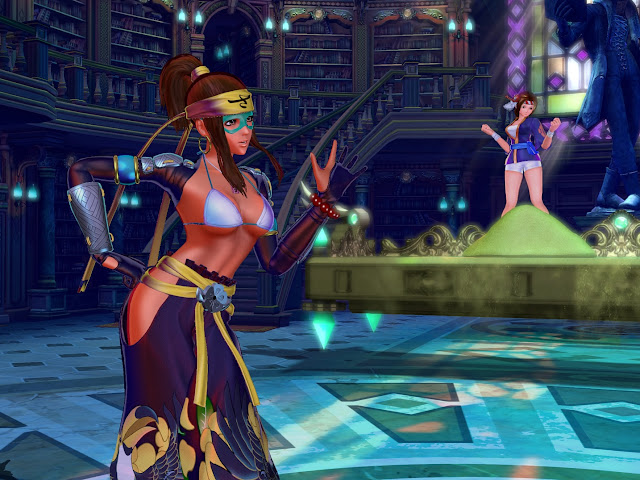 NISA has released a trailer revealing two new characters to join the SNK Heroines roster… and revealing is the word for them. The game just keeps doubling down on that fanservice.

The two new characters are Sylvie and Zarina. Sylvie is token “cute” and wears what can only be described as a bath towel with no sides. Zarina’s got the baggy pants and bra style down pat, and fights with a rhythmical, dance-like style.

Both characters were pulled from King of Fighters, which continues to raise the question: is this so much an all-star fighting game, or a fanservicey version of KoF with one or two bonus characters thrown in? I mean, c’mon. We know KoF is the main game franchise from SNK here, but there are a bunch of other games that the team building the roster could have come up with.


That being said, there are some more character reveals yet to come… and let’s face it. I’m only going to use Athena anyway, so the rest of the roster is rather irrelevant to me. Once again, though, the actual gameplay looks ace, and I can’t wait for this to launch on September 7.