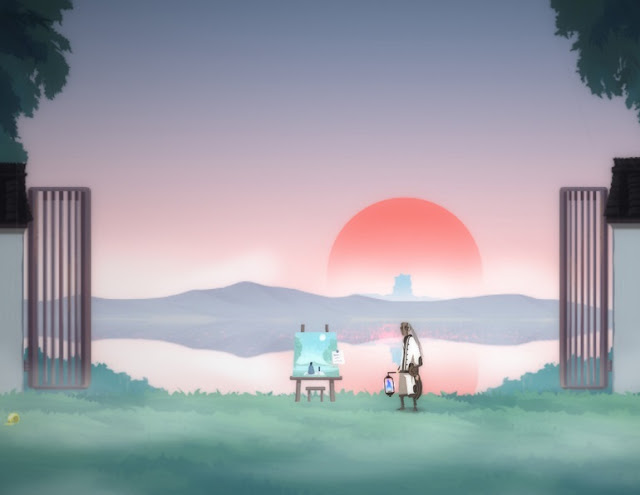 Shio is perhaps the most fatalistic entry in the well-populated subgenre of punishingly difficult platformers. It’s a game which isn’t interested in celebrating the player’s achievement or relishing in the player’s chagrin. Instead, it propagates a quiet melancholy aesthetic in its design – dwelling upon the slow despair of not being able to meet expectations, and meandering through the idea that nothing really changes despite the effort we may put in. If anything, the game’s challenges serve as a metaphor for the busywork that we cloud our lives with in order to try and forget the sad, immutable truths of our existence. Or it could be completely different; Shio is also one of the few games that has made me doubt my own read of it, perhaps because it’s so weird, but also because it asks so much of the player that it’s hard to offer a clear judgment. of what it offers

Shio is laden with symbolism. It’s a passion project of one Chinese game design student which popped up on the radar of Shanghai based publishers Coconut Island Games, and with a bit of polish-work sees release on PS4 and PC. The game adheres to its Eastern aesthetic: the architecture is a blend of Imperial Chinese intricacy and ultramodern technological eyesore, the text in-between levels reads with the restrained brevity of a Tang Dynasty poem, and there’s lots of Chinese which is left untranslated in its original context. The game stars a protagonist who wakes up on a park bench in a pagoda littered with consumerist garbage, who puts on a literal mask to step into the game’s worlds to face a plethora of platforming challenges. There’s lots of meaning present for those who wish to look deeper, and yet it’s one of the more obtuse titles I’ve experienced in a while; I wouldn’t blame anyone for skipping past the collectible reading materials and sticking to the platforming.

The gameplay is a no-frills challenge platformer in the vein of Super Meat Boy or VVVVVV, although it doesn’t feel particularly indebted to any one existing game in the genre. The player can run and jump once as normal, and can boost their height mid-air by hitting the jump button while touching a lantern. Levels revolve around crossing perilous chasms by chaining lantern-jumps together, avoiding gauntlets of spikes and fireballs while weaving through increasingly small gaps of safety. Aside from the checkpoints between challenges, it’s rare for the player to ever plant their feet on solid ground, and levels are larger than the player can see – it’s a mixture of preparation and planning mixed with improvisation that gives the game its sense of difficulty. 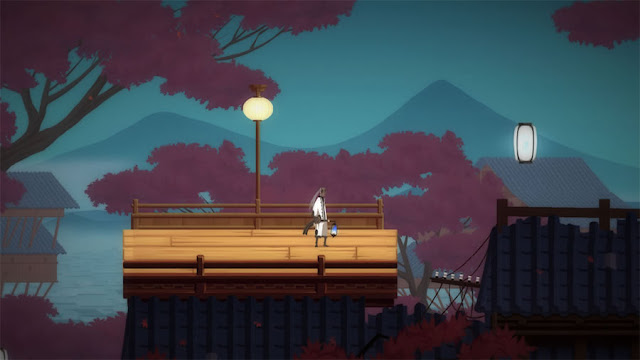 The small changes make big differences in tone. Super Meat Boy, for example, is all about making the player feel clumsy, with slippery controls and a replay-system upon beating a level which superimposes all your attempts on top of each other, as if to say your success was just as accidental as your many deaths. Here is where the fatalism comes into play for Shio – the only way to victory in any single level depends on the placement of the lanterns by the level designers, and so every successful run of any given level will look exactly the same. Levels are made carefully as to not contain any unnecessary parts, and neither lantern nor deathtrap is put solely for show. The player quickly learns that each level has one single specific through-line, and the game quickly becomes about being able to execute on the level’s precise requirements. The elegance of design is admirable, and in some places almost poetic.

The game benefits from a few clever tricks in its controls which players will pick up naturally from experience. The movement is floaty but flicking the joystick from one end to the other while mid-air will reset your horizontal speed to zero. The lanterns don’t indicate how high they will propel you, but the path through the level is so clear that you instinctively know where to go. The hitboxes on obstacles are mercifully small and the hitboxes on lanterns are gracefully large – if a fireball’s sprite fully overlaps a lantern, the player is able to activate the lantern by pathing to its edge while fully avoiding the fireball. Distances between checkpoints are long enough to feel like a challenge, but short enough that they’re not a frustration. Everything about this game is smartly designed to be playable and user friendly, and even on levels which took me upwards of 20 minutes to successfully finish, I never got so angry that I wanted to quit.

The only point where I began to lose motivation was with the game’s story, which places its own elaborate demands on the player’s patience. The story is told in cryptic cutscenes, unlockable diary entries and conversations to be had with NPC’s along your journey. The overarching theme seems to be the inability to live up to expectations – one early diary entry has the protagonist recalling a command by their parents to paint the sunset, but their finished work failed to capture the beauty that their eyes comprehended easily. Similarly, you enter the most difficult challenge levels by passing out on a park bench and having a nightmare. The game’s levels often feel like they’re disciplining you and forcing you to conduct yourself by a strict standard. 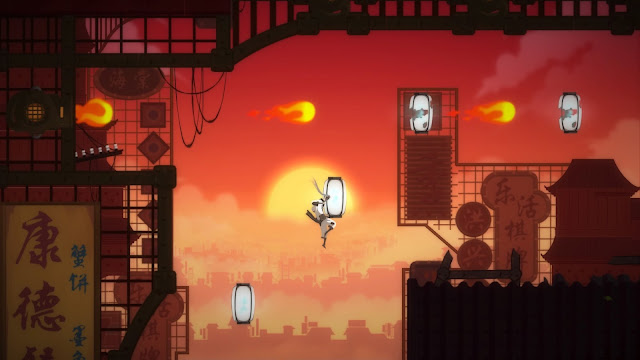 There’s something psychological at play with the game’s plot, but because so many story morsels are locked behind difficult platforming challenges, I was never able to form a cohesive picture of exactly what the game is trying to say. The game’s mechanics also work hard to reinforce the story’s ideas, but a lack of memorable events, characters or locations makes it hard for the player to anchor their understanding around anything. It works wonderfully as a tone piece, but it’s a hard sell for anyone interested in a good story who isn’t a skilled enough platformer to unlock everything effortlessly.

If you’re happy to play a platformer with a lot of challenge and a consistently evocative mood, however, Shio is right up your alley. It’s the combination of well designed levels, hauntingly picturesque visuals and a consistent overarching tone which make this game hard to put down. I admire the developers’ ability to keep the player fixated on a pensive mindset, so that regardless of how difficult the levels become, they always have something deep to ponder on as they repeat each level until the correct button timings are ingrained into their fingers.