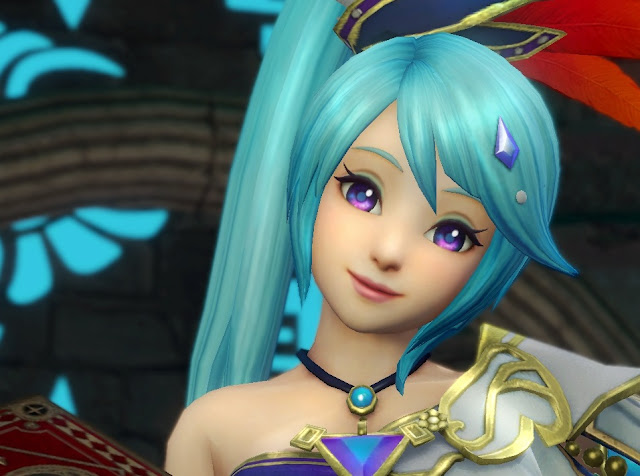 For the third time I’ve found myself playing through the same narrative and levels that make up Hyrule Warriors – I’ve already played the Wii U and 3DS versions to death. The game’s a very fine one, but I very rarely play games three times through. Thankfully, this is one case where I haven’t regretted it in the slightest, because this game is absolutely amazing on the Switch.

Hyrule Warriors is a game that has had a lot added to it from the original release back on the Wii U via DLC. Hyrule Warriors Definitive Edition doesn’t add much to the package if you already have all of that DLC (you do get new Breath of the Wild-themed costumes for Link and Zelda, and some largely superfluous refinements to the combat system to enhance its tactical depth, but that’s about it). But what the Definitive Edition does do is take all that stuff (and with 29 characters and massive supplemental modes to the main narrative, you’re looking at hundreds of hours worth of stuff), and make it play masterfully on a portable for the first time.

Hyrule Warriors was workable on the Nintendo 3DS (assuming you had the New 3DS), but it was a very compromised version of the game. On the Nintendo Switch you’re looking at silky smooth framerates at almost all times, and when you’re not playing it in handheld mode, you can enjoy all the action in 1080p on your TV. It’s a pretty game, at that, that does a wonderful job of recreating the aesthetics and world of the Zelda series, so the improved visual fidelity and TV option are more than welcome here. 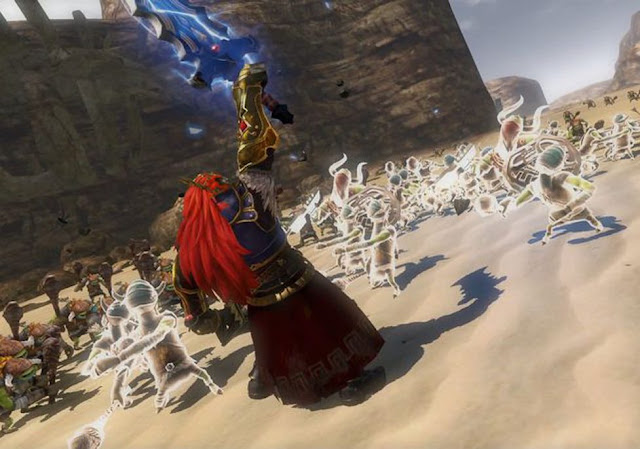 For those who haven’t played Hyrule Warriors yet (and that’s fair enough if you never owned a Wii U and weren’t impressed by the compromises made for the 3DS version), you’re in for a real treat, as Hyrule Warriors is one of the better licensed tie-ins that Koei Tecmo has produced on its Warriors engine in recent years. The narrative makes good use of the features that people know from the Zelda franchise – for example, you’ll need to find items like the bomb and boomerang to be able to progress through challenges on certain levels. You’ll also need to use items to defeat gigantic boss monsters in much the same way you need to in the “proper” Zelda games.

At the same time, Hyrule Warriors retains its identity as a Warriors game, with pacey action and clean combo systems enabling KO counts well over the 1,000 count in most levels. You’ll be tasked with capturing bases and being able to split your attention tactically across a few different objectives simultaneously. Often those objectives have time limits, meaning you need solid on-the-fly time management skills and an awareness of the flow of a battle across the whole battlefield. It can become frantic and frenetic, and as per usual, the people that chalk these games up as being “mindless button mashers” either aren’t playing them right (playing them on a difficulty setting that’s too easy for them), or haven’t really progressed past the first couple of levels where the battle maps really start to open up and test the player’s ability to move around and complete objectives.

Each of the characters feels substantially different to the others, and there’s plenty of fan service to enjoy in Hyrule Warriors. Not “fan service” in terms of bikinis and fetish wear – I’m sure Koei Tecmo would have loved to throw a school uniform on Zelda, but Nintendo was never going to allow that. No, I mean “fan service” in terms of the way that each character’s behaviour in battle through their special attacks and the like reflect their personas in the various Zelda games over the years. Or to put it another way – if you had a favourite character in a Zelda game, they’ll be your favourite in Hyrule Warriors as well. 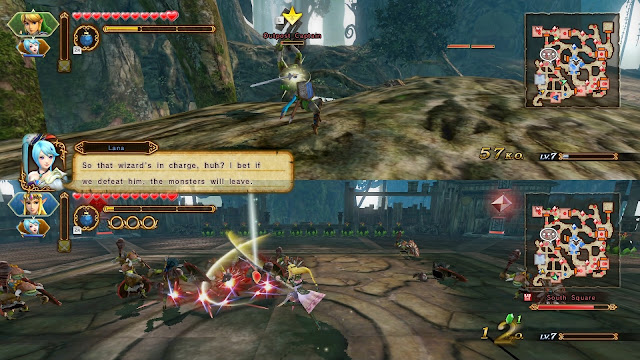 There’s a couple of misfires – no, we didn’t need “Linkle,” a female character called “Link” would have been fine – but for the most part I certainly have enjoyed the roster and cast of this game more than some of the other recent Koei Tecmo efforts (where are the women in Dissidia Final Fantasy, and where is Eirikia in Fire Emblem Warriors?). It all becomes even more fun when you play with a friend, too. Nothing about Hyrule Warriors is impossible to complete when playing by yourself, but juggling those competing objectives becomes much more enjoyable when you tackle different parts of the map as a team, so the teamwork side of things does indeed feel rewarding.

Once you’re done with the single player game, you can start to look the secondary modes, and the amount of stuff to work through in these can be truly intimidating. But rather than just throw these modes in to increase the grind, Koei’s done a great job in tying this stuff back to the Zelda universe. Exploring the original map of the NES Zelda, for example, getting into Warriors-like battles to clear and “capture” parts of it, for example, is a real nostalgic rush for the fans of the classic Zelda titles. And that’s just one bonus mode. Again, thanks to this being a compilation of a lot of DLC and the base game, in Hyrule Warriors on the Switch you get everything that Koei created, and then added after hearing what fans wanted to see in the game.

To be incredibly greedy, I would say that as a veteran of this particular game I would have liked just a few new levels to give me something genuinely new to look at in my third play through. There’s just not enough there for the real fanatical fans such as myself. But then, Koei knows that, as a fanatical fan, replaying the game was never a question in the first place. For people who didn’t play through the DLC on the Wii U version, or want a portable version of Hyrule Warriors that doesn’t feel like a one massive compromise after another, Hyrule Warriors Definitive Edition is essential.