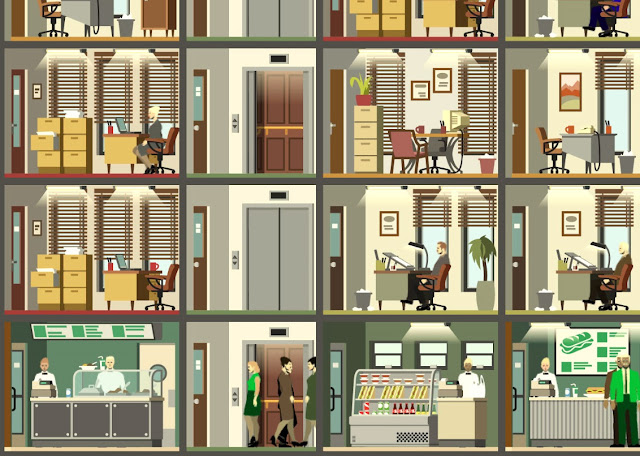 One thing I have loved watching over the last few years is the return of the classic simulator. After years of having the likes of EA butcher Sim City, and Atari drive Rollercoaster Tycoon into the dirt, it has been so refreshing to watch titles like Cities: Skylines, Planet Coaster, Railway Empire, Aven Colony, and others arrive on the scene to save it. There’s even not one, but two new Theme Hospital-likes on the way.

Related reading: Cities: Skylines is the best city builder in years. Here’s our review of the PlayStation 4 port.

One classic sim game has been left rather unloved, though. That classic is Sim Tower. That is, until now. Project Highrise doesn’t hit the highs of some of my other beloved “new wave” simulators (ironic, that), but it is an admirable attempt to revive a wonderful take on the genre.

The basic idea of Project Highrise is to build up a tower that makes you a bunch of money in rent, which you can then use to expand the tower yet further. It’s a purely capitalist loop, and of course, it’s the most utopian vision of capitalism that you could possibly imagine. Performing well means more money, which means a better standard of living for your tenants, which means making yet more money. There’s no down sides to this; the only way to fail is to stop making money, and in that Project Highrise is hopelessly naive, but then that’s part of its appeal, too. 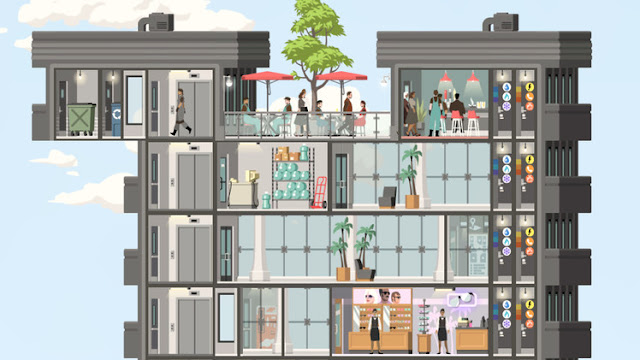 So you’ll find yourself carefully designing your tower to house a mix of offices, residents, and shops and businesses. You’ve got a lot of freedom in how you go about that (create one single tower that functions as a little city that you never need to leave, or perhaps create connected towers so residents and businesses don’t need to co-exist, but can still commute to work across a high rise bridge). There’s not so much variety in what you can actually build, though. The base game has a small handful of options when it comes to both the businesses that you can attract to your tower, and the kind of apartments that you can build. This is superficial, since the real skill in the game is not in building a variety of things, but carefully managing rents and the placement of those offices and apartments so everyone is happy. But, superficial as it is, the developers know that variety is the spice of life, which is why the variety is locked behind DLC paywalls. Thank goodness the base game is inexpensive.

Naturally each different tenant is going to have different demands. A basic insurance agent only needs a copier service, and a studio apartment is perfectly livable as long as there’s somewhere to dump the trash, but as the rents get higher, the quality of the businesses and residents lifts, as too do their demands. These services that you provide your tenants are an imposition on the bottom line that doesn’t earn you revenue, but if you want these tenants to stay, balancing the budget is a mandatory skill.

That being said, Project Highrise isn’t necessarily difficult. As long as you’re not wasteful in how you spend, the rent that comes in will always exceed the expenses that you pay to maintain those services. And, on top of that, as your tower grows, you’ll be able to establish a shopping district on the bottom floors, and with enough foot traffic, you can up the rent to those businesses to really rake in the cash. You should see how well my coffee cart performs… and don’t you believe I charge them from that premier position privilege. 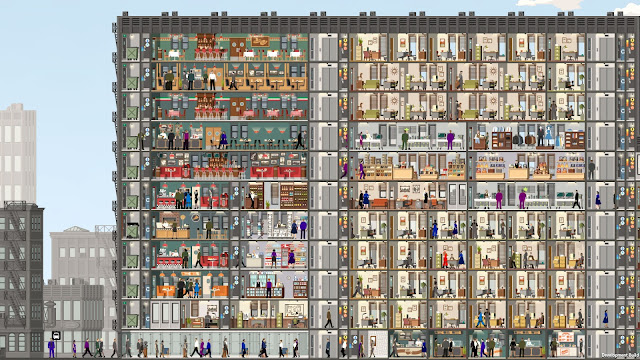 Indeed, one of the best things about Project Highrise is the way that it models the style of living that the more extensive tower blocks look to provide. It’s no longer about a place to sleep or work. These spaces are becoming vertical communities in which people are increasingly disincentives to move far away from. The bottom floors of these spaces contain extensive shopping options, food courts, restaurants, cinemas and entertainment areas. Gyms and pools are as standard in modern apartment design as they once were in high-end hotels. The concept of “villages within cities” is becoming ever more pronounced as the world’s cities become ever less pleasant and more dangerous places to stay, and where once those “villages” were references to small, tight knit and isolated suburbs and walled areas within suburbs, now they’re being thrown vertically in the grandiose designs of modern apartment blocks.

Related reading: For a real classic of the genre on your Apple iPad, consider the Rollercoaster Tycoon classic trilogy (the first three games). Our review!

Far be it for me to actually try and draw sociological critique out of that (it really isn’t my area), but it’s definitely observable in the real world, and it’s a big part of what Project Highrise challenges you to achieve.

If only the game wasn’t so completely unattractive. Because apartments and office blocks are actual blocks of space that you block out within your blocky building, as your tower builds up it becomes a mess of LEGO bricks, and in this case it’s overly busy and deeply pleasant on the eyes. One of the big features in the game is the ability to purchase incredibly expensive art works to raise the prestige of your building by making it something of an art gallery, but this game does nothing to make decorating appealing, since it just superimposes yet more blocks over the existing blocks.

There’s very little personality in the game, either. What has made simulators great over the years has been their wry, dry, often cutting humour. Often it’s subtle, but whether you’re playing Theme Hospital or Cities Skylines, Aven Colony or Rollercoaster Tycoon, the common thread binding these games together as a genre is not that you “build stuff.” It’s the underlying acknowledgement of the fundamental systems that actually translate to the real world things that they’re simulating, be that the economics behind theme parks, or city building. Project Highrise shows you mechanical people that move to set routines each day, and about the most exciting thing that you get from watching them is when you follow Bob from the accounting firm to see if he’s going to buy a sandwich or donut for lunch. STAY AWAY FROM THE BAKERY, BOB! YOU’VE GOT A WEDDING COMING UP!

… Or that’s the kind of fun nonsense the game would have conveyed if it had a personality. Bob’s there, alright, but Project Highrise’s Bob is so bereft of personality that you won’t even care to give him a story by yourself. The developers clearly should have hired me to jazz up the character of it a bit.

Jokes aside, the lack of personality in Project Highrise hurts it. You stop caring about whether tenants move in and out, or what happens to them while they stay. And then the whole game becomes an exercise in figuring out ways to exploit it to make it even easier for you. Which sounds harsh, I know, and I don’t mean to be, because overall it is an admirable and mechanically sound simulator. It’s just that for a genre that was in danger of fading to real obscurity, the renaissance that it has had over the last five years ago has left Project Highrise with a lot of catching up to do.