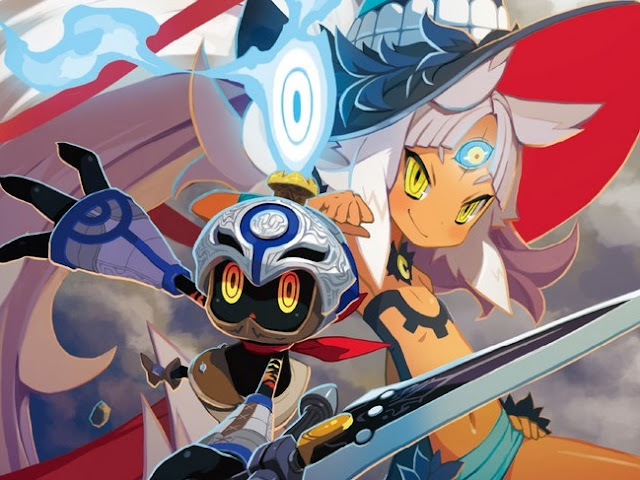 The Witch and the Hundred Knight is, essentially, Nippon Ichi’s effort at making a Japanese version of Diablo. It wasn’t to everyone’s tastes, but with its interest in playing with a very Japanese view of Grimm-style fairy tales produced something that was oddball from start to finish. The Witch and the Hundred Knight 2 isn’t different enough to its predecessor to feel as wildly creative, but it makes up for that with a refined, even elegant action combat system. Truly, this is now a genuinely enjoyable game on every level.

Related reading: Our review of the original Witch and the Hundred Knight on PlayStation 4

It’s more than a little horrific, too. Don’t let the ultra-bright and colourful character and designs give you the wrong idea of this one; this is a game that loves its bloodletting, brutally dark and wicked sense of humour, and very adult themes. The game kicks off with a girl’s little sister being cursed by a witch. The two flee their village because, once the other villagers find out about the curse, they want to kill the child. Then they find a medical facility that’s willing to operate on the girl, though unfortunately the curse “awakens” after a mishap in surgery, and the girl turns into a witch herself. Furthermore, the doll that the girl was given from her sister becomes the titular Hundred Knight, a voiceless monster-slave to the witch. The doll and her master go on a brutal rampage through the science facility. Meanwhile, the older (not cursed) sister has joined a group of righteous paladins out to slay all the witches…

I won’t say more. It’s too much fun just waiting to see what new revelation the game’s going to throw at you next, and how it’s going to manage to escalate the drama more each and every time. Anyone who played the previous Witch and the Hundred Knight knows to expect all kinds of twists and turns, and the sequel, if anything, pushes that sense of the labyrinthine to the storytelling even further. It’s bombastic and often in excess of ridiculous, and as such, it’s the kind of overbearingly over-the-top in tone that will not sit will for everyone, but then that’s always been the case with Nippon Ichi’s internal development projects – I don’t think anyone would accuse Disgaea as being something aspiring to a mainstream audience, either. As someone who does enjoy explosive energy and colour in my games, I found it all the be quite delightful, especially in terms of the enemy design. Many enemies were reused from the original, but given how vibrant they tend to be, it’s hard to be too disappointed in running into them again this time around. 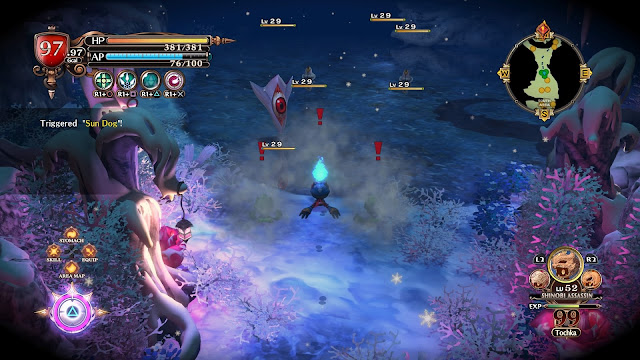 One thing that players should be aware of going in, though, is that characterisation tends to be very limited. With very few exceptions the game is more interested in introducing new characters at a steady rate than developing the existing ones out further, and some will find that to be ‘shallow’. Personally I see that as part of the ongoing effort to position this series within the fairytale tradition, where character development was less important than the general story being told, but the games industry is one that attributes ‘depth’ primarily to the development of the hero or heroes that form the core party (and, sometimes, the antagonist), so it is worth noting that this particular game is at odds with that.

The Witch and the Hundred Knight 2 features a reasonably involved combat system. The basics are as follows; the Hundred Knight can adopt one of a number of different “personas,” each with their own specific focuses and weaknesses. From there, he can also equip five different weapons at a time – as he pounds away at enemies in combat, he’ll automatically cycle through the weapons, so maximising your combos by creating the right list of weapons is key.

If he manages to get all the attacks off in a sequence he’ll have the opportunity to do a final, lunging attack at the enemy. If that one lands, then he’ll “consume” that enemy, which both provides him with magical power to launch a special attack, and restore his energy – a counter that slowly ticks down, much like a hunger meter. Realistically you’ll need to waste a lot of time in a level to be under any threat from that, but it is effective at pushing you forwards. Consequently, you’ll also be constantly running into groups of enemies. The hordes aren’t quite as large as you’d find in a game like Diablo, but you can find yourself taking on as many as a dozen at a time, and these mobs can offer up plenty of challenge. 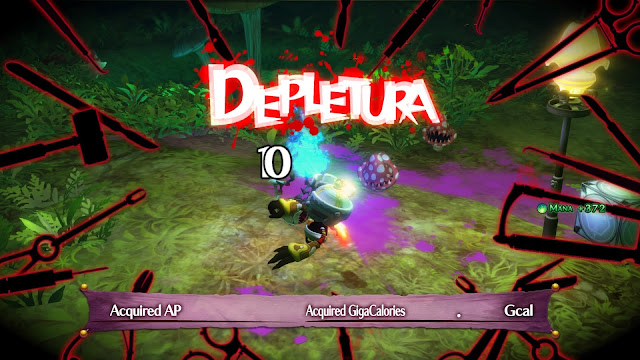 There are other systems at play through the game – arguably so many that the game dilutes its value as an action JRPG, and perhaps betrays a lingering lack of confidence in the raw action such that the developers felt like they needed to throw extra darts at the target in the hopes of hitting a bullseye. Often those systems are a bit of a misfire and either don’t add much to the game, or don’t seem thematically appropriate. For example, there’s a “stomach” system that behaves like the inventory storage and allows the Hundred Knight to carry more stuff, and as the game progresses his stomach capacity increases. It works, but not enough of the game otherwise references back to the Hundred Knight’s stomach, so it seems rather superfluous.

Related reading: Disgaea games share similar art and music themes, and Disgaea 5 happens to be one of the best tactics JRPGs on PS4. Our review.

Additionally, I felt that in the original Hundred Knight, the Knight’s ability to “choose” to obey, question, or outright deny his owner’s commands to be undercooked, to the point that the game would have been better off without the system. This is presented as though it’s a major component to the game, with the central theme meant to be the tension between servitude and loyalty and independence, and the moral impact of those decisions based on a wide range of different scenarios. Sadly, not nearly enough of the narrative was actually altered by these decisions, and that unfortunately continues to be the case with the sequel.

If it sounds like I’m a little disappointed by the game so far, it’s only because there is so much more potential in The Witch and the Hundred Knight as a franchise and an idea. The first game really did set down a solid statement about the intent of the franchise; to take the fairy tale tradition, maintain the sometimes vague, often horrific themes of those things we often attribute as “children’s stories”, and then question and prod away at the entire genre’s approach to storytelling and the fundamental moral messages of most stories within it. 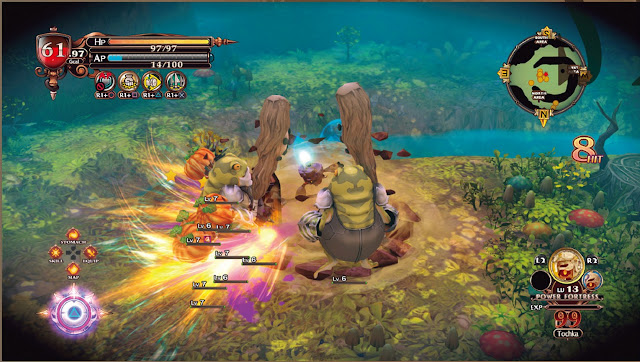 Instead what we get is a game that stops just short of really realising its narrative ambitions. Nippon Ichi has the action down pat, and while it’s been a while since I played the remaster of the original Witch and the Hundred Knight, I do feel that the combat is smoother and the game does a far better job in easing players into the experience. This is one of those games that you’ll start playing, and still find yourself plugging along with a few hours down the track, because there’s something quite mesmerising about the way the stunning environments and character designs marry up with the sublime soundtrack and clean action. I feel like the game also does a far better job in driving players in the right direction; there’s were moments in the original Witch and the Hundred Knight where the adventure felt aimless, but here there’s solid signposting, better level design for driving players around the world, and in general a better flow to the storytelling. It’s also hard to put the controller down when the action is good. So very, very good.

Nippon Ichi has clearly dedicated the bulk of the development resources this time around to providing a cleaner and more comprehensible system to draw players in further and minimise frustration. On that level, The Witch and the Hundred Knight 2 is a success. I just wish the storytellers on the team were able to really cut loose and pull hard at the strings that, currently, they’re only tugging lightly at.