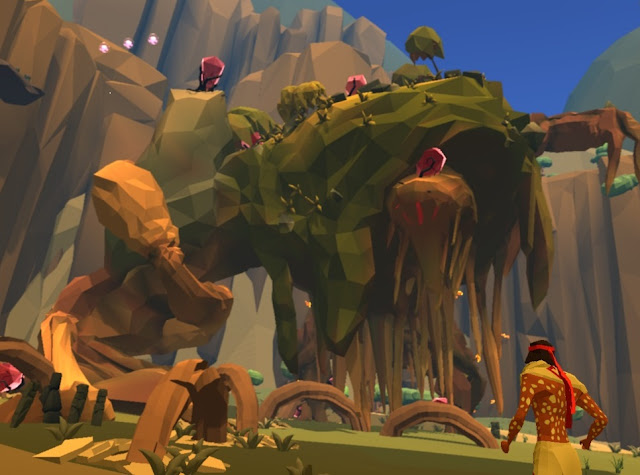 We need more games like Mulaka. I don’t say that because it’s a particularly good game to play – it’s a workable action adventure game, and we’ve seen better examples of that out there. But Mulaka is stand out, potent, and important, because it is deeply culturally relevant to a people that don’t get enough notice in mainstream entertainment.

Related reading: Another amazing “culture game” is Never Alone. Matt’s review of that one.

I’ll admit, I actually knew nothing of the Tarahumara (or Rarámuri) of northern Mexico. Here in Australia our popular understanding of the native peoples south of Donald Trump’s future wall start and stop at the Aztec, Inca and Mayan people of old. It’s wrong that we don’t learn more about that particular corner of the world… but then Australia’s education system in general is poor at teaching us about much more than white history and a bit of World War 1 and 2 to make sure that all our kids know that we’re the liberating heroes of the Pacific. If we’re interested in other stuff we need to learn it for ourselves. So when I heard about Mulaka and its promise to tell me something about the Tarahumara, I was immediately sold on it.

In Mulaka, you play as a Sukurúame – a shaman of sorts, who is tasked with journeying across the distinctive Sierra Tarahumara landscape, helping people and fighting back against a corruption that’s spreading across the land. What this boils down to is a game that plays not unlike a Zelda title, albeit with a far greater emphasis on combat, fewer puzzles, and far fewer items and abilities to unlock along the way.


There are also fewer dungeons and enclosed areas, with the game instead choosing to send you sprinting across vast lengths of landscape from one objective to the next. There’s no point walking these distances; you’ll just get caught up fighting endless battles with the enemies that are scattered along the way. You can just run on by them anyway. So why have the journey part of the experience at all? Because running is a big deal in Tarahumara culture. These people are renowned for their long distance running ability. The sandal-like huraache that they wear for running has been studied by scientists to figure out how it gives a runner an edge. Mulaka really did need to make running a central part of the gameplay, and as I was playing I certainly got a sense of the scale of the landscapes, and the physical effort involved in travelling across them.

The story itself is also very true to the Tarahumara people, and in an odd way, it’s familiar for it. Each native culture on the planet has a storytelling tradition; stories were uses to teach children about the way of the world, and the culture’s spirituality is also preserved through the stories passed on from generation to generation. As a result, because there are some basic truths about life irrespective of where you’re from, some of the themes that come through these stories resemble one another.

But, of course, they’re presented in a very different way, and it’s those differences where we learn something about the people. Their different sense of aesthetics. The different animals that they revere and fear. The shape that fears manifest themselves; traditional stories will always express these things, and one of the reasons that I hope that we see a lot more of these kinds of games is so that we can compare the stories, myths and legends of the various native cultures around the world to one another. Without Mulaka, we probably would never have had an enemy that’s invisible to the naked eye, but can be spotted by the tumbleweed that it pushes around. The game includes a complete bestiary, so that after you’ve defeated enemies you can look back and see a brief description explaining the legend behind them. 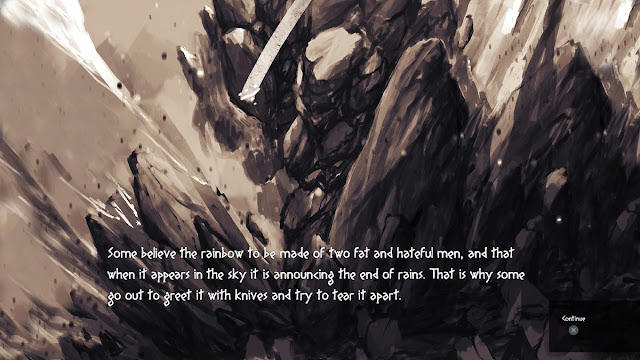 Because there aren’t many games that look to Tarahumara culture in a meaningful way for inspiration, it’s not just the tumbleweed critter that’s distinctive and unusual within the context of a video game. Everything about this game pops with a vibrancy that is fundamentally different to anything you’ve seen in games before. At first, I felt like it did look the part of an ultra low budget indie game, but the more I played on, the more the art direction really hooked its claws into me, and I did come to love it for its playful creativity.

Unfortunately the combat really lets this game down. While you can run past most enemies in the field, there are times where a bunch of spirit stones will activate around your hero, and you’ll be forced into an extended combat sequence against a horde of enemies that you can’t escape until you’ve defeated them all. There’s not a great sense of impact behind attacks, which can make it difficult to really see whether you’ve got the upper hand of things – especially when there’s a horde coming in from different directions. Furthermore, some enemy combinations are simply infuriating to deal with. A shielded enemy will make your weapon “bounce” and leave you momentarily unable to do anything. Meanwhile, the enemy that you were trying to actually hit will then chip a bit off your character’s health. This game really needed a better system for picking out individual enemies within a horde if it was going to give them unique strengths and weaknesses.

Boss battles fare a little better, though the designs of those beasts outclassed the actual battles in terms of creativity. There’s nothing in there that you haven’t played before if you’ve worked through more than a couple of action games, and while the lack of feedback the combat system provides can again make the boss battles challenging, I can’t say that I ever really want to fight them again. 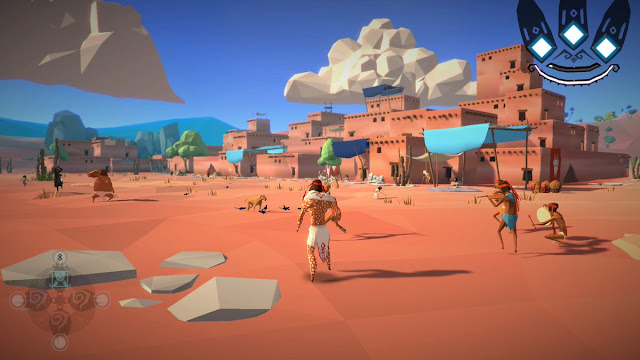 Ultimately, the “gameplay” stuff isn’t really relevant to what Mulaka is, or wants to be. First and foremost, this is designed to both preserve the story of a native peoples, and then share it with others, so that they might learn something about a culture they may well have never had an opportunity for beforehand. As I said in my video, which is embedded above, these games are important because, as the dominant entertainment industry, games are a way to inspire audiences to learn more about something, and the more people learn about cultures other than their own, the better. Mulaka might not be your favourite game in 2018, but what you take away from it will be far more valuable than the couple of hours of entertainment you’ll get from it.

The Friday Ten: Celebrate the Nintendo Switch’s first birthday with these games