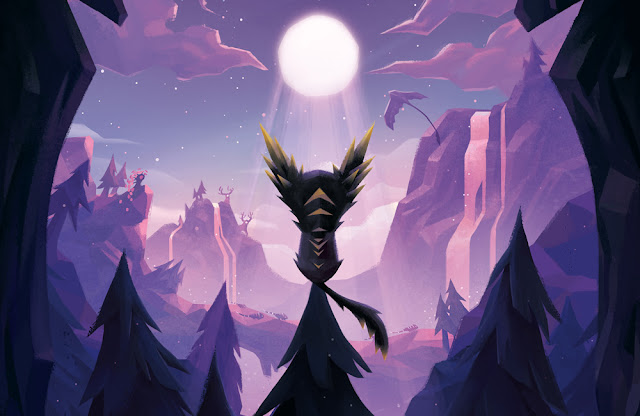 If you’ve watched any of the trailers (or seen any marketing material at all, really), it won’t come as a surprise to you that Fe is a deeply, powerfully environmentalist game. Even if the trailers didn’t, the opening moments make it abundantly clear: a high-angle shot of a lush forest with a giant tree in the middle, pan down to a deer calmly drinking from a stream as sunlight filters through the canopy, and then something crashes and explodes nearby, seemingly destroying a swathe of forest and sending the deer running.

Related reading: EA has a habit of finding good indie games to publish. Here’s our review of Unravel from a few years ago

After that brief but potent opening, you’re given control of the fox-like fairy hero, Fe. With little by way of instruction, you’re left to simply follow the path before you, which soon brings you across the fleeing deer. As you follow it through the woods, you get a chance to soak in the atmosphere and get a feel for Fe’s unique ability: by singing, they can communicate with plants and other animals.

Singing to certain floral bulbs causes them to drop spores that in turn bring giant daisies to life, creating platforms for you to jump between. After sharing a tune with a young deer (not the fleeing one), you can ride it, allowing you to jump over obstacles too high for Fe’s little legs. 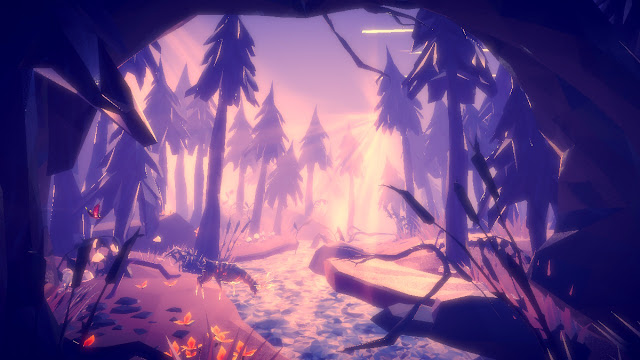 Before long, you find what is presumably the source of the source of the explosion: a group of robotic, humanoid beings called the Silent Ones. They slowly make their way through the forest, and any critter unfortunate enough to get caught in the orange glow of their big, empty eyes finds itself ensnared in a makeshift cage and carried away.

With that, Fe embarks on an adventure to save the forest and figure out who these Silent Ones are and what they’re trying to do with the forest. It’s a simple, fairy tale-like story about the conflict between nature and attempts to tame and commodify it. It’s also a familiar tale, with conservation themes that call to mind the likes of The Animals of Farthing Wood and FernGully: The Last Rainforest. That familiarity is part of Fe’s strength though; it’s a new iteration of a tale that keeps being retold because, sadly, it remains as pertinent as ever.

The simplicity of the overall plot allows Fe to bask in the nuance of it. There isn’t a single word spoken, nor any line of written storytelling or exposition. Indeed, the only words in the game at all are those seen in menus and tutorial messages, and those are few and far between. Instead, Fe’s narrative is almost entirely environmental, with the odd wordless cutscene here and there.

The atmosphere as you traverse the forest is heavy. Each new location has its own unique beauty (and its own colourscape to go with it), and a focus on climbing trees so that you can scout the way forward makes progress through the game dependent on taking the time to really drink that all in. It’s peaceful, too; even though Fe is essentially a platformer, there are few places where you can “die” by falling. If you miss a jump, you simply fall—sometimes losing a lot of progress as a result—but you don’t die. Despite being full of game-like challenges and obstacles, the world is your friend, not your foe. 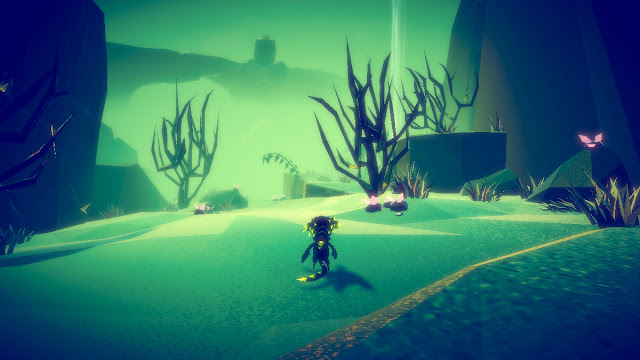 Encounters with the Silent Ones create sit in stark contrast to that. Here, you can and will “die”. If you get spotted and don’t find cover right away, you’ll be ensnared like so many other animals have—presumably to be carried away for whatever nefarious plans the machines are working. In terms of the game, you “die”, and reload to the last checkpoint. Fortunately, the stealth element is relatively forgiving, with plenty of bushes to hide in and frequent checkpoints; it doesn’t get frustrating the way forced stealth sections so often do. At the same time, that danger is always there when Silent Ones are nearby, which is completely at odds with the peacefulness of the rest of the forest.

At the same time, you can see the damage left in the Silent Ones’ wake. As you sneak about, you’ll come across captured critters that haven’t yet been carted off, paths blocked by the same netting that forms the traps, and discarded robot parts. Sometimes, those form part of the puzzles and platforming challenges you need to overcome, as you do what you can to unwind the impact of the Silent Ones’ presence; sometimes, it’s just the sort of bleak worldbuilding that makes Fe such a powerful game.

The story also comes through that singing mechanic that’s at the heart of Fe’s gameplay. The fairy hero can’t do a whole lot alone, but it’s the cooperation with other critters that gives them the power to save the the forest. Each new part of the game focuses on some particular family of animals, as you work together to fend off the Silent Ones from their particular neck of the woods. As you befriend the local critters, they’re able to help you solve the various puzzles and move through the area—for example, by singing to plants that Fe can’t yet. 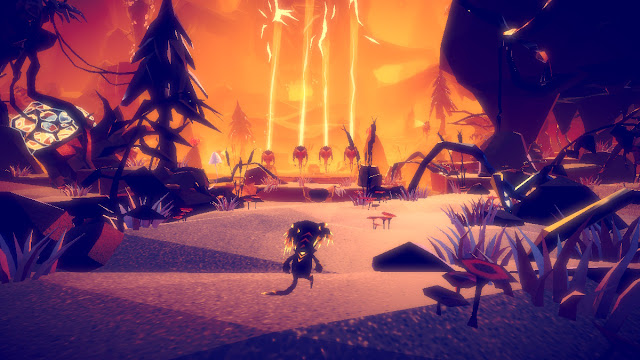 One curiosity here is that Fe can only communicate with young animals, at least at first, and they’re usually the ones helping you get through each zone. Singing with adults is only possible once you’ve learnt their “language”—and while the children tend to be carefree and open, the adults of each species are far more reserved when it comes to sharing their secrets. As you spend time with the children and help fight off the machines, you slowly prove that Fe is trustworthy, leading the adults to share their language with you.

This forms the basic skill progression behind Fe. Each “language” basically works like a new skill, and by changing between those (once you’ve learnt them), you’re able to move through the game’s world in new ways. So, for example, one area has you helping a group of snake-like critters, who can activate purple flowers that act like trampolines. When you first get to their region, the only way to use those flowers is by befriending young snakes and having them sing on your behalf.

Once you’ve completed that section and learnt the snakes’ language, you can use it around any other purple flowers you find around the forest, even when you don’t have any baby snakes around to help you. You can also sing with any adult snakes you find, who can help you reach places you couldn’t get to before by carrying you and burrowing through the ground. 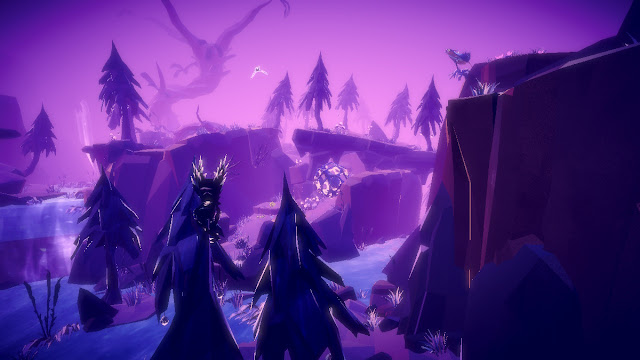 But more than simply a Metroidvania-like system of skill progression, this setup really puts a spotlight on something else: generational change. Fe makes children the hope for the future in a very literal way, as a source of the hero’s powers, but also in a figurative one. The adult animals in Fe’s world are closed off, untrusting, even jaded; that’s understandable, given their situation, but it also exacerbates the problem. Meanwhile, the children, meanwhile–including Fe–are less concerned about the barriers that separate the adults, and more invested in pushing for a better world. Are they naive? Perhaps, but its in that naivety that they find the power to save the forest, and they even manage to change some of the adults’ minds in the process.

It’s that sort of depth that makes Fe’s story so affecting, even if it seems quite straightforward and even predictable on the surface. I saw every twist from a mile out, and yet I never felt like the story suffered as a result. Rather, Fe is a fairy tale: the sort of story that finds charm in its simplicity and familiarity, but has a lot to say to anyone willing to dig beneath the surface. In that, it’s a resounding success.