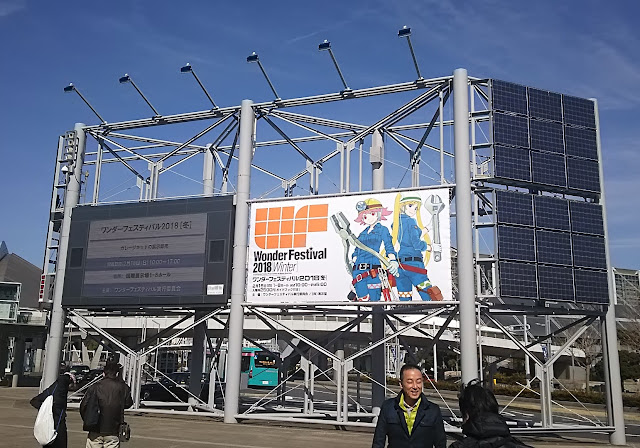 Over the weekend Japan played host to Wonder Festival. Right up there with things I desperately want to do in Japan at some stage before I depart this dear Earth, Wonder Festival is like Tokyo Game Show, but for the figures industry. It’s when the likes of Good Smile Company, Max Factory and so on show off what they’ve got in production, and what fans will be buying in droves in the near future.

Hundreds of anime figures from just about every franchise you can imagine get displayed at this event every year. Of course, what I’m interested in is Hatsune Miku. I promised myself I wouldn’t go out of my way to buy figures that weren’t Miku because otherwise this hobby would become too damn expensive. I’ve broken my rule at points, but for the purposes of Wonder Festival, I do focus heavily on the new Miku figures that are announced and displayed.

This year is the best of all! Hatsune Miku’s glorious wedding dress! It’s only a grey sculpt figure at this stage (a pre-coloured design to show a work in progress), but it’s already just the most beautiful thing (unless otherwise noted, photos found on MikuFan). 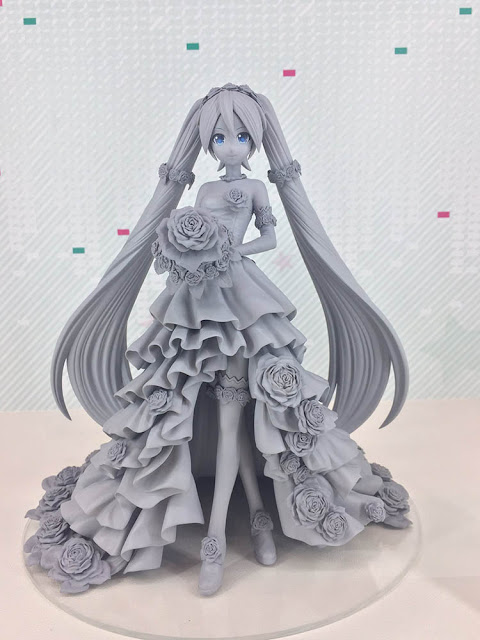 Also shown off was a new version of the Thailand Racing Miku. Racing Miku is the sexier side of the Miku designs, and the Thailand version has been around for a couple of years now. This new design is the best of those yet, I feel. Miku’s got some great abs. 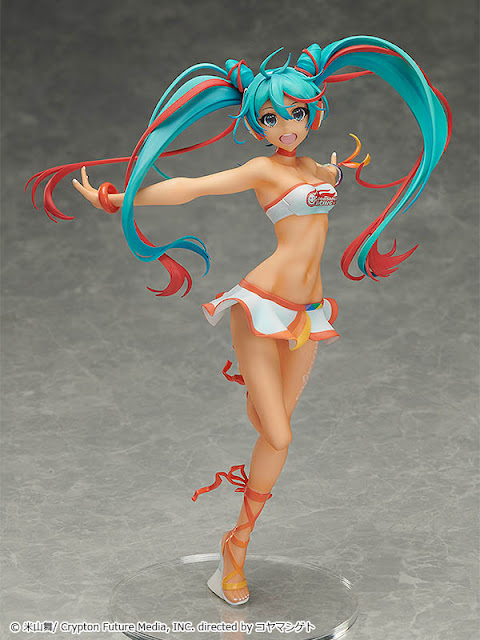 Speaking of Racing Miku, there were also a couple of confirmed figures based on this year’s Racing Miku design. No actual figures (not even a grey sculpt), but it’s good to know they’re in production. Racing Miku this year was designed by Tony Taka, and he sure does know both beauty and sexy in character design. He’s a genuine master of the form. 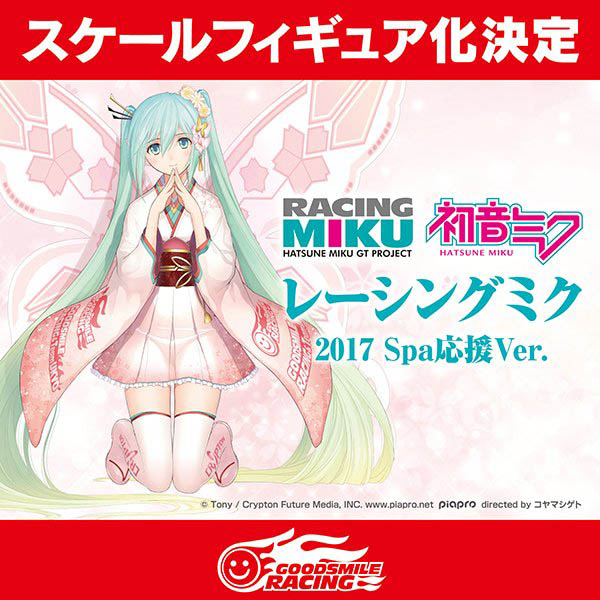 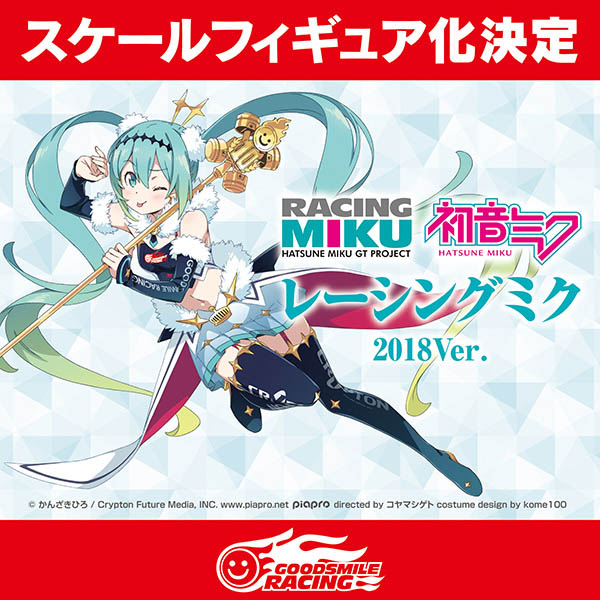 And then SEGA went and showed off its UFO catcher prizes for this year. It produces a couple of Miku prizes every year, and they always end up going really cheap on the second hand market as people go play the UFO games to win a pile of them. They’re not the greatest figures, generally, but they do fill out a collection nicely. This year’s costumes are good! Here’s one I don’t often play with in the Project Diva games: 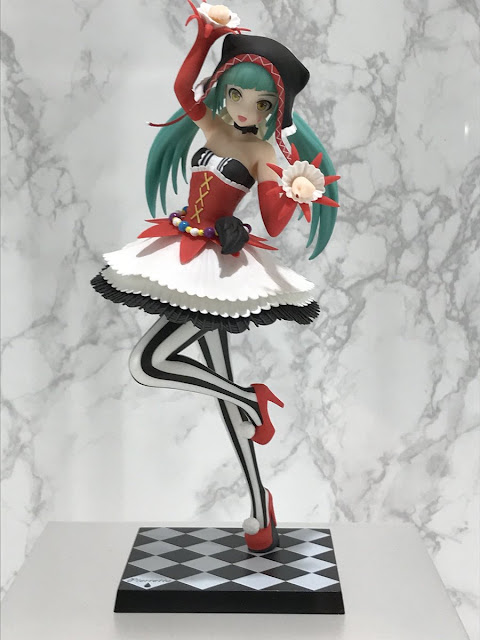 But here’s one I do! Po Pi Po is one of the most maddeningly addictive Miku tracks, and this is the “proper” costume for it, and it’s delightfully bright and cheerful (also Miku’s midriff That belly button! Hnnngggg) 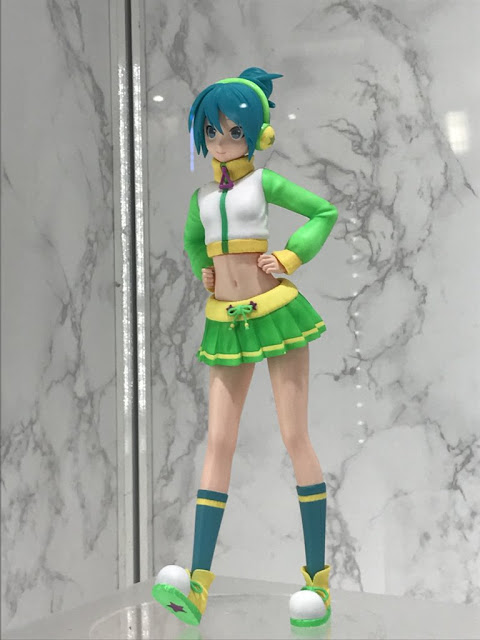 And speaking of Miku’s midriff, Max Factory is getting in on that action too, with this sculpt of another favourite Miku costume of mine – unfortunately this is a grey sculpt, but in colour you’ll see it’s truly elegant and gorgeous corset top and skirt number. Also in the background is another Rin! Rin’s one of the exceptions I’ll generally make to my “only Miku figures” rule. That’s her gym wear costume – sports shorts and a track top. It’s one of her better numbers too! 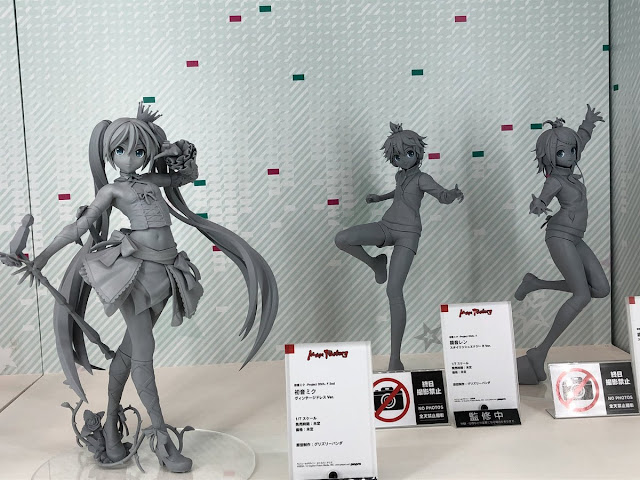 There were plenty of other Mikus on display – Nendoriods and figmas (the ones with the bendy arms), for example. I generally don’t buy those, as I prefer scale figures, but you can see a broader range of what was announced and shown at MikuFan.

Hopefully next year I can find an excuse to do to this event. I really hope.