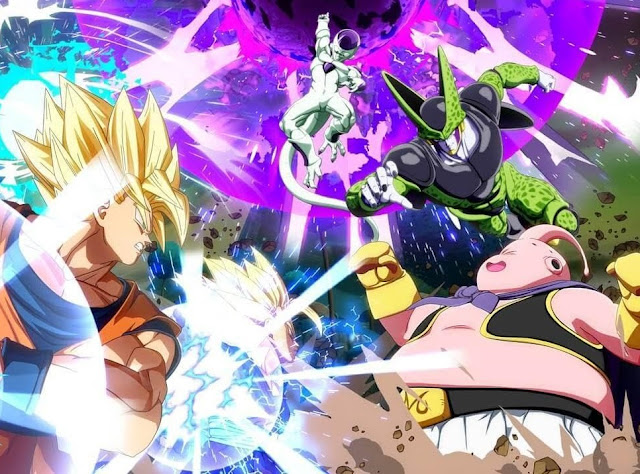 Dragon Ball FighterZ is not for me. I’m not a big fan of Dragon Ball, and this game didn’t convert me… nor did it do a great job in educating me about why other people enjoy Dragon Ball. All of that might sound pretty obvious given that it’s a licensed title, but there are other examples of licensed games that have served incredibly well as introductions to their respective franchises (Arslan: Warriors of Legend, for instance), and given the pedigree of the developer behind this game, I genuinely had hope that I’d come out the other end understanding Dragon Ball far better, and from there having an appreciation for it.

Related reading: Matt’s review of one of the BlazBlue games, another of Arc System Works’ franchises.

But the sad reality is that the game seems to have been built under the assumption that only fans will play it, and while it certainly plays much better than those horrible 3D brawlers that have been peddling the Dragon Ball name for some years now, this one isn’t much more appealing to them than those. The pedigree of the developer means it plays well, but there are so many fighting games out there with casts and narratives that I do like that I can’t see myself returning to this one.

It does have an awful lot of flash and style though. Being good at Dragon Ball FighterZ requires you carefully learn combos, counters, juggles, timing and all the rest. Just like Arc System Work’s other fighting game franchises (BlazBlue, for instance), this is a highly competitive and carefully balanced fighting game. In this case, rather than straight duels, you’ll need to select three fighters for a series of tag team fights, so you’ll need to take the time to master a number of different characters, too. The nuance and depth are things that I’ve only really started to scratch the surface of as I sit here to write the review, but they’re explicitly there, and there will be players that spend weeks and months carefully learning how to unlock the real strengths of each team of characters they pull together. 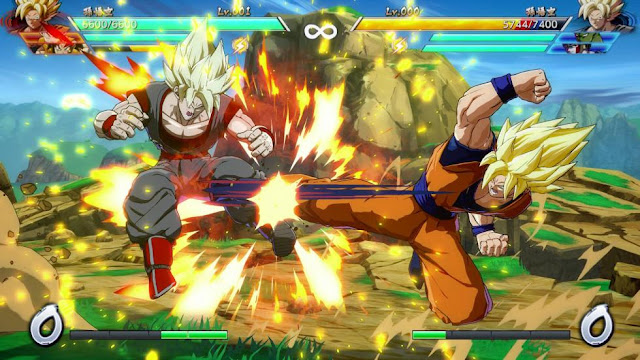 Putting aside the quality of mechanics, what’s immediately noticeable is just how much the game has going on. The kinetic energy, with swirling colours and explosions of light and noise, make for an experience that, at times, becomes difficult to follow along with. Even basic attacks and the most simple combos results in streams of raw fury, which is of course perfectly appropriate for an anime series that has, for so many years, been the one that people turn to for ridiculous over the top action. For newer players, this is a great thing, as you’ll jump in, whale away at buttons, and feel fundamentally good about the pyrotechnics are that you’re causing. Compared with some of Arc System Works’ other fighters, where you don’t start to do the really impressive stuff until you’ve got a degree in the game, Dragon Ball FighterZ’s combat system is more instantly accessible and enjoyable, and I think this is a good step for the developer that I hope follows through to its other games.

Character models are gorgeous, too, and animated with such incredible fluidity that I’m not sure how the developer actually managed to do it. Insofar as 2D fighters go, the animation for Dragon Ball FighterZ is as good as they come. Backgrounds lack the vivid imagination and beauty of some others (for instance, BlazBlue), but this is a blessing, since you’re not going to be paying attention to those  backgrounds, and if they were too busy they would overload an already energetic foreground.

But the game is let down with having a very poor roster. At least, it is to me. There’s a whole bunch of different takes on Goku, a dearth of female characters, and while some of the really famous characters are there (even I know who Piccolo is), too many of the other characters had (by fighting game standards) nondescript designs that didn’t exactly inspire me. I assume that Dragon Ball has a wider range of characters to draw from than this cast, and I’d suggest that the tone of the cast is too plain for anyone who isn’t already intimately familiar with the franchise. Once in battle each character fights remarkably differently, which is great, and I was able to develop some favourites purely on the fighting style, but compared to fighters that I get excited for explicitly because I like the characters, Dragon Ball again left me cold. 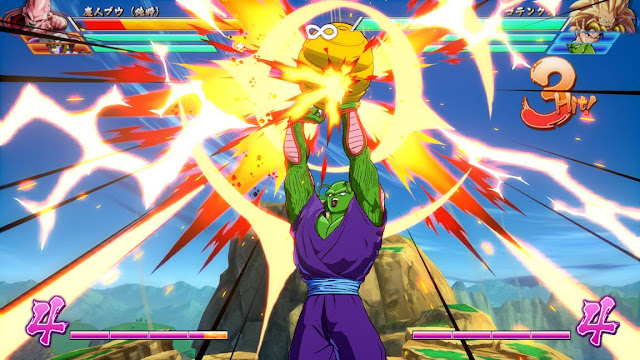 The game does offer a story mode, and the production values behind it are impressive indeed. Here Dragon Ball does perfectly suit the fighting game format, since the anime tends to be about a group of characters having a conversation before beating down on one another, so the story mode here flowed nicely too. I don’t know how comprehensive the story mode is, but I did walk away from the game with a better sense of the characters while feeling like there were some real gaps that left me with half the story. More to the point, by the time I’d finished the story mode I still didn’t feel like I understood this franchise enough for it to “click” with me.

Aside from the story mode there’s all the usual features that you’d expect from a fighting game; online and local multiplayer, arcade action, and so on and so forth. All of this is presented through an explorable hub, which is both less intuitive but more enjoyable to navigate around than a conventional menu, but also more enjoyable – especially since you can unlock all kinds of nice trinkets and things to dress your characters up with (naturally done through a loot box system because that’s what they all do now). Offline the hub’s a bit lonely, but online there’s a sense of community to the hub which certainly helps the game to feel alive.

That Dragon Ball FighterZ is a great fighter there can be no doubt. It’s energetic, exciting, fast, and also highly technical. It’s everything that a fighting game needs to develop a core of competitive players, and in that regard it’s the best Dragon Ball game that has been produced in quite some time. But – and it’s a big but – when I first saw this game in action I had hoped that the appeal of it would be broader than just to existing Dragon Ball fans, and the developers have really struggled in that regard. The game relies too heavily on you already loving the characters, and already understanding the logic and lore of the Dragon Ball universe, before it starts to open up and allow you to love it.

Games that inspire us to learn, Space Invaders, and other great stuff! (Digitally Uploaded 2018, Episode #2)