My Uncle Merlin flies onto Kickstarter

As I promised back in early October, I have put my wallet where my mouth is and backed My Uncle Merlin: A Tale of Wizards in Space. The interactive fiction/RPG game from Serbian developer Pocket Mana is now up on Kickstarter; the campaign includes a new video and oodles of more details about the title.


As you know by now, My Uncle Merlin follows magical apprentice Eddie as he flies through space on a dragon-propelled tower… with Uncle Merlin! The tower has limited capacity, do including the two of you there can only be four people aboard; as such, you have to balance being charitable with the risk of being stranded in space forever and – eep – becoming dragon kibble! At least passengers can be fed to the dragon…

Eddie has a bit of a wonky moral compass. He’s known to do things the rest of us would see as wrong, lying, cheating, etc. His abilities are determined by his body, soul, and mind stats; higher stats equal more choices to get him out of bad situations. Events and items can alter these scores. Encounters with new characters lead to more events, and Eddie’s choices dictate the storyline. He has a limited amount of tries to get it right thanks to a green amulet that transports him to a similar alternate universe in the event of a, um, poor decision… but it only has a limited number of uses before Eddie runs out of safety nets.

If you think releasing one game is difficult… we’ll, you’re very much right. So someone would have to be either crazy or genius to release two games at once; that is exactly what London-based indie studio Advect Productions is doing. Granted, it describes the games as short titles – but that’s still two games dropping at once. I’m impressed, Advect! THOR.N and Crescent Bay will be released on December 1 as part of the Humble Monthly subscription service. Benni Hill, Advect’s Creative Director, said via a press release, “We’re keen to see what people enjoy, giving us an indication of what players may want to see as a larger premium title.”


The titles were created over a few months. Both focus on connecting experimental play with meaningful world-building. I’m especially exciting for Crescent Bay (trailer above), described as a first-person psychological thriller. You visit a friend’s home only to discover that is the scene of a gruesome crime. It’s bloody… but there’s no body. The “you” in Crescent Bay is John Bishop, who has a special gift: he can channel sequences of words to connect with ghosts of the past. Using this gift, you must find your friend’s memories, sequence the events, and solve the crime.

THOR.N is less gory but just as interesting. You wake up in your room, and it is the very first day you can leave. You have been confined there to your entire life. Your guardian is nearby and greets you warmly. Today: the day you can work towards contributing to society and achieving your citizenship.

Simulation games with a hospital theme released since the golden ages of Bullfrog have not captured the game magic and itch simulation titles contained in the 90s. Games have released covering a range of topics in the simulation genre in recent years which suggest a renaissance of the genre. Quality titles such as Prison Architect and Cities Skylines scratched the same nostalgic itch which developer Oxymoron Games wishes to tap into with its debut title, Project Hospital.


Capturing the same methods which made the aforementioned titles successful, Project Hospital revolves around constructing a medical facility to micromanage the employees, cases and available departments. With the promise of everything you loved about classic simulation games, Project Hospital is another title to follow if you are a fan of the genre.

To make the game a little special, the developers are aiming to bring as much real-world information into the games universe, with the medical conditions to be grounded in reality. This means you shouldn’t expect the playfulness that was found in Bullfrog’s Theme Hospital with medical conditions such as the infamous Bloaty Head, but instead its own accuracy to current events and maybe some bizarre conditions most would be unaware of. The game has been in development for around a year with the developer hoping to release the game next year.

The Nintendo Switch is getting even more rhythm game heaven

Between Voez and Deemo you’ve already got more than enough rhythm game action on your Switch to keep yourself very entertained for a long time… and then there’s Superbeat XONIC out very shortly as well. But you can’t keep a good genre down, so here’s yet another one to get excited for: Musynx! 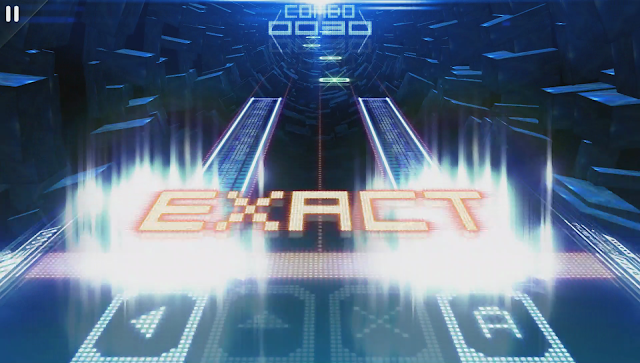 As with Voez and Deemo, Musynx was originally a mobile title, and it looks like a classical rhythm game in the way it’s presented. The Switch version brings 50 music tracks to the party, across a wide range of different genres; there’s pop, classical, trance, R & B and vocaloid. We’re also promised DLC to bring even more music to the party.

As a sucker for almost all rhythm games I’m really looking forward to this when it launches in early 2018. It’s not Hatsune Miku, but while we wait for Sega to get around to bringing a Miku game to the Nintendo Switch, I fully expect this to join Voez and Deemo as my most played games on the console.

The Friday Ten: And now here are the ten sexiest women