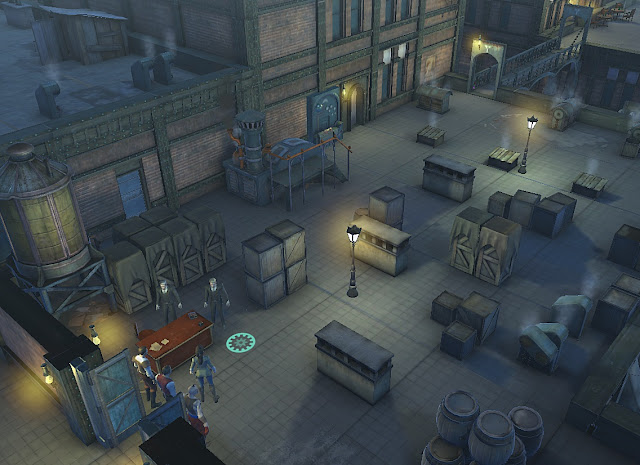 From the outset Empyre: Lords of the Sea Gates has a lot going for it. Taking place in an alternate reality 1911 flooded New York city, things are looking grim for those that live up on top of the skyscrapers that just barely in some cases rise above the (raised and undrinkable) water levels. Choosing from one of four protagonists, you set out in order to save the city while removing any obstacles that get in your way.

Related reading: For an example of a game that does the retro RPG thing really well, check out Matt’s review of Torment: Tides of Numenera.

Unfortunately for the premise – which really is very good – the execution just gets in the way on every level. Empyre feels like an older title in which the developers have yet to understand how to streamline control systems, so that anything – including basic functions like changing commands in battle – is a chore. Retro has been in for a while but the trick is to make a game look retro while also making it as smooth and playable as a modern game, and unfortunately Empyre doesn’t have it.

Loading up for the first time I was treated to a steampunk interface and graphic style from the golden age of PC gaming in the late 90s. Baldur’s Gate, IceWind Dale, Planescape Torment, you get the picture. Being a huge fan of that time period I was excited to get started! Taking care of tutorials first you are told to choose one of four different characters each with their own specialisations that will come in handy down the line. 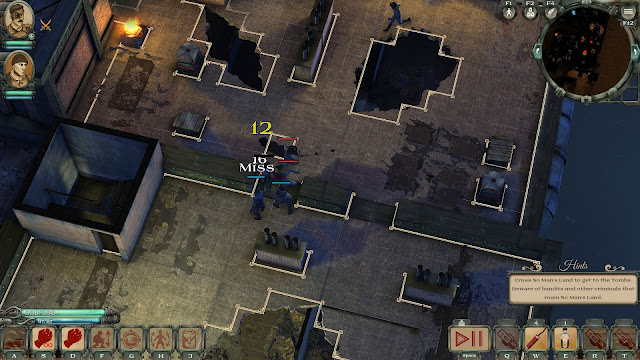 This is about where things start to come apart. If you use multiple monitors there’s no way to actually stay in screen and allow for panning from left to right by simply scrolling. If you want to rotate left or right you need to use keys that aren’t even close. Moving the screen alone requires the arrow keys as WASD are all bound to actions instead of movement with Q and E for rotation. This could have perhaps been looked past but it is symbolic of a game that on most levels is really clunky and there’s a point where brilliant concepts can’t make up for clumsy execution.

Combat is a blend of turned based and real time action, as you can pause to re-adjust your actions before watching them play out before you. So, again, must like Baldur’s Gate, Icewind Dale, or the more recent Dragon Age titles. You cannot however adjust your actions while they are in play. You need to pause, remove what’s already been queued up, and then re-task your character. This then causes a delay in your character acting once the action has been restarted, while the enemy will simply continue on as nothing happened. Play this on harder difficulties and these little bits of clumsy implementation mean you’ll be loading previous saves more often than not, as the enemy AI holds no punches back.

Between combat scenarios – which can span quite some space on the map allowing for multiple tactical approaches, as long as you can grapple with the flaws – there’s not a whole lot to do while exploring, as the game isn’t really about much more than moving the party from one location to the next. I would have liked more to do and more to poke at as the environments are big but sadly feel too empty outside of when they’re a battlefield. 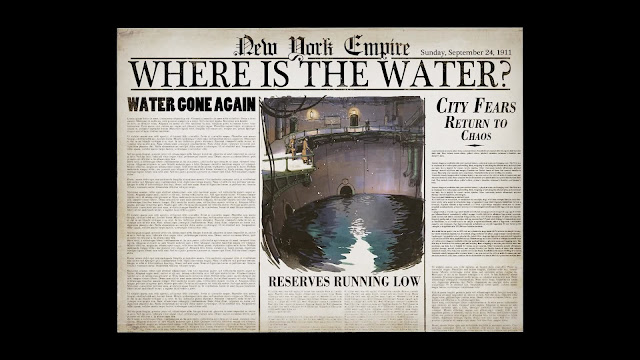 Empyre: Lords of the Sea Gates has a lot of potential but unfortunately it’s made so clumsily that it is just painful to actually play. I wanted to love it because of some of its unique ideas, especially in the premise, but I just couldn’t get past the mechanical issues. Being a PC game and all perhaps community feedback will lead to this game being revised. I hope so, so I can come back and give it another spin.

Indies on the Nintendo Switch, what we’d love to see in Final Fantasy XVI, and Call of Duty… ergh (Digitally Uploaded 2017, Episode #37)