Last week, Atlus released an odd trailer for the forthcoming Shin Megami Tensei: Strange Journey Redux. Instead of the series’ usual turn-based RPG action, the trailer showed an exploration platformer (think Metroid or Castlevania: Symphony of the Night) starring famed SMT monsters Jack Frost and Jack-o-Lantern. After 30-odd seconds of gorgeous footage, the trailer announced that this game was fake, before showing a few moments of real Strange Journey gameplay. It was an odd trailer to say the least, and it mostly just made me want the fake game rather than real one. 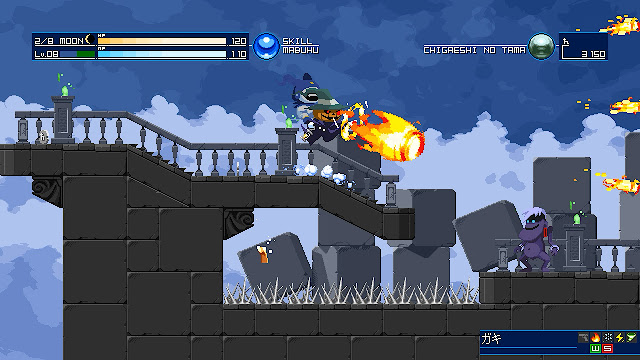 It seems Atlus has heard my prayers (and those of many others, I’d assumed) and released that game—for free—as a promotional tie-in to Strange Journey. Until December 24, you can download Shin Megami Tensei: Synchronicity Prologue from Atlus Japan’s website, and enjoy a bit of side-scrolling pixel-art Shin Megami Tensei action. It’s part of a celebration of the series’ 25th anniversary, and though it has no direct connection to Strange Journey, Synchronicity Prologue apparently does have a few easter eggs for those who search hard enough.

The game is currently only available for PC, and only in Japanese. Atlus USA hasn’t indicated any plans to localise the game, but Strange Journey Redux comes out in 2018 in the West, so this game could get an English release closer to that time. Still, there’s nothing stopping you from downloading and enjoying the Japanese version, with or without a language barrier.

No, really, that headline’s not a mistake. Sony, the company that makes those PlayStation things, has started a new game publishing label that will be putting games on the Nintendo Switch. 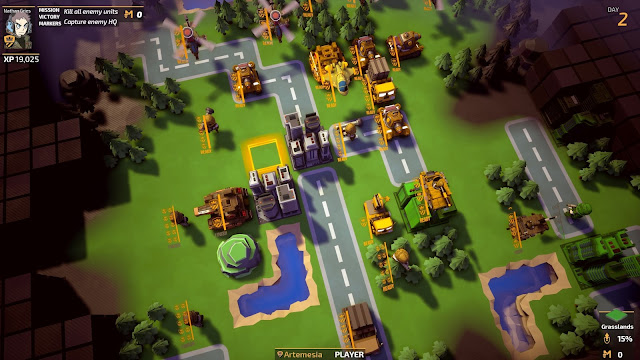 More accurately, Sony Music Entertainment is doing it, and this label is called Unties. The first game that will be published under the label is the promising looking tactics game, Tiny Metal, which releases in Japan on November 21.

I wouldn’t be expecting Uncharted or Gran Turismo to be making their way to the Nintendo Switch any time soon, but there are a couple of things that you could take from this: Firstly, the platforms Unties will be publishing to are PS4, PC and Switch. No Xbox. That suggests that Sony doesn’t see the Switch as a competitive console (else it would also be publishing to Xbox). That in turn means there’s unlikely to be a Vita 2.0; Sony looks like it’ll be leaving the handheld market to Nintendo, and supporting cross-platform releases to that console to help the developers out, and encourage them to ignore the Xbox. Smart.

Ever wanted to raise a princess? NIS has you covered (if it gets localised)

Nippon Ichi is prolific, to say the least. The studio’s latest game was announced this week, and its title translates to Your Four Knight Princess Training Story. This game will be released on PlayStation 4, Nintendo Switch, and PlayStation Vita on January 25, 2018. 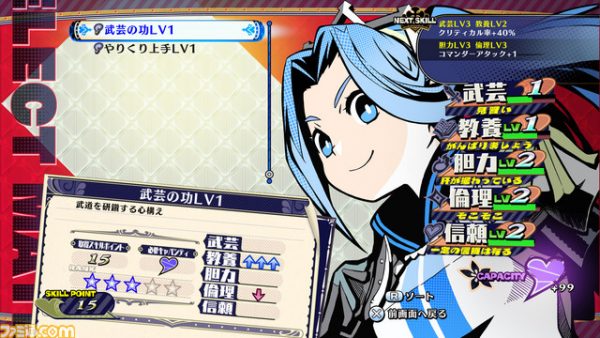 In the game you have four princesses that you need to train and guide. These princess will fight in battles, alongside soldiers that you’ll be leading directly, and the other half of the game involves guiding the princess through conversations where you can praise and scold them to affect their development.

It sounds odd, but it’s being described as a strategy RPG of sorts, and has plenty of talent behind it. The development team is the same that produced Penny-Punching Princess, and character design is being led by the same person who’s heading up The Witch and the Hundred Knight 2. No word on a western release at this stage, but who knows.

Developed by Dojo Games and published by Arc System Works, Slice Dice and Rice looks like a grim – but fascinating fighting game. One that does away with health bars completely. 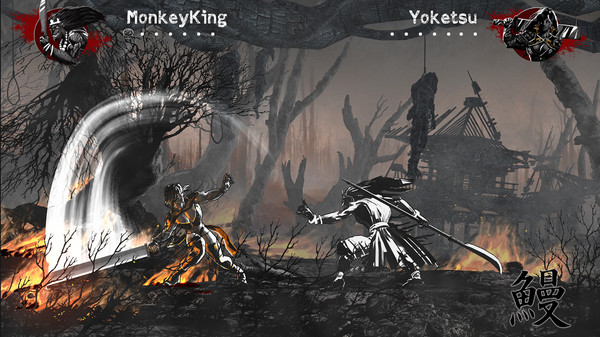 In fact, in Slice Dice and Rice, it is possible to defeat the enemy with a single, clean hit. Given that you’ll both be moving around and trying to avoid that from happening, it’s unlikely to be the end of many bouts, but nonetheless, in this game every scratch or light hit slowly whittles away at your mobility and strength, until there’s nothing in the tank left.

The developers promise that this is a game of mind and skill, where you won’t need to memorise movelists as much as learn how to feint, parry and dodge. There are going to be eight characters, ranging from a heavily armoured woman to a light and weapon-less monk. This game could easily develop a hardcore and highly skilled community around it, if it plays as well as it looks and sounds.

Finally we get to see how the Hakuoki story finishes!

As much as we love Hakuoki, there’s one thing that’s frustrated us with recent releases (such as the divine Kyoto Winds); it finishes midway through the story of the Shinsengumi. Now, thanks to Idea Factory International, we’re actually going to see that story finish when Hakuoki: Edo Blossoms releases in Spring 2018. 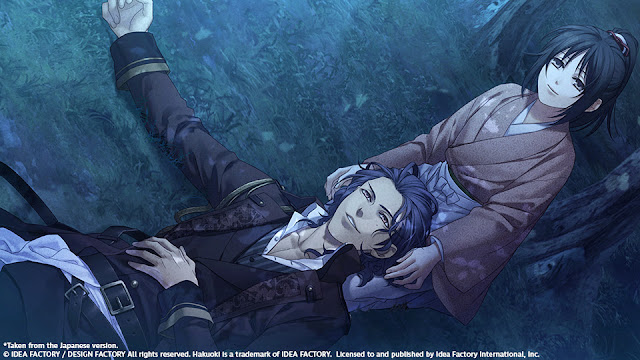 A direct sequel to Hakuoki: Kyoto Winds, Edo Blossoms follows the story of Chizuru and her male harem of gorgeous boys. Following the events of Kyoto Winds, the group find themselves in Edo (Tokyo), fighting for their very survival and lives.

You can expect much the same game with Edo Blossoms as its predecessor – a deep, historically rich visual novel that manages to meld the romance and the fantasy with real world events. And, of course, you can expect much the same utterly incredible art and elegant writing. This game will be released initially exclusively for the PlayStation Vita (bet on a PC port down the track).

Oh my, I want to tattoo the Tokyo Tattoo girls all over

Tokyo Tattoo Girls is coming to us from NISA, and it’s one of those games that’s flying under everyone’s radars, but once it releases (On November 14 in North America and November 17 in Europe), it’s going to really tickle the fancy of Japanese niche game fans. Because it does look very niche, but very, very good. And now NISA’s released a new trailer to get us even more excited.


The game involves tattooing one of six girls in order to give her additional power, and then use her to conquer 23 different wards within a very apocalyptic Tokyo. As you can see from the trailer, the ladies look lovely, and the game’s art style in general is inspired by ukiyo-e art; one of the great contributions to world art that Japan has made.

We don’t have long to wait for this game now! It releases on PlayStation Vita and PC.