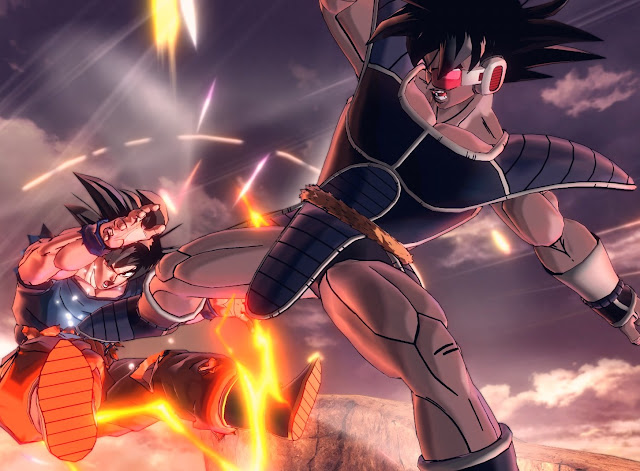 The Nintendo Switch is fast becoming the home of many quality titles from the more powerful PlayStation 4 and Xbox One, showing that all it takes is a little optimisation to make this console sing. One of the recent examples of that is Dragon Ball: Xenoverse 2, which ultimately isn’t a bad game, but it is let down by some of its functions.

Much like the original Xenoverse game, the idea here is to create a Time Cop whose mission it is to travel through different periods of the Dragon Ball timeline and fix pieces of altered history. The creation suite is pretty comprehensive, with a tonne of different styles and body/facial features to choose from. The protagonist can be either Human, Saiyan, Buu’s Race, Frieza’s Race or Namekian. From there, a character can then be created, and no matter the creation, they all look like they’ve been ripped straight out of an Akira Toriyama artwork. Just for argument’s sake, I took an image of Crono from Chrono Trigger (another Akira Toriyama artistic masterpiece) and set to work creating a human character based on Crono. I was surprised at how close I actually got, and for the record, he didn’t look bad as a Dragon Ball character, either.

Xenoverse 2 on the Switch does manage to weave a story that fits in with Dragon Ball lore, without repeating the same tired story that dominated every Dragon Ball Z game since the Super Nintendo. In essence, it’s a tad like the Budokai series for a new generation, mainly a brawling fighter with RPG elements. 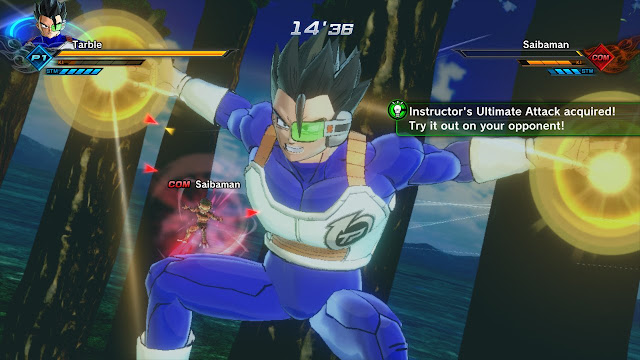 As the Time Cop is able to travel through time thanks to the Supreme Kai, there never feels like a huge sense of urgency to progress the story. This is something of a welcome change of pace when it comes to games such as these. In Xenoverse 2, there’s time to train under the likes of Tien, Krillin, Piccolo and co. in order to gain experience, cash and new special moves in order to fully customise the main character in the style of play suited to the player.

I’m also not sure what kind of filter was used for the PlayStation 4 version, but the Switch version appears to be much brighter and more colourful than any other version. It doesn’t run as high a frame rate but the art style better represents the TV show as a result. Luckily the frame rate remains smooth where it counts. Sometimes the hub level will have some slowdown issues, but the one-on-one fights remained steady, so there weren’t any losses to wayward frames messing up the timing.

The fights themselves feel like standard Dragon Ball Z fights. Goku, Vegeta and co. are brawling fighters at heart, and the action itself feels mostly akin to a brawler. Aside from some button combinations to perform signature moves, the rest is a lot of button mashing. There is a lack of depth as a result of the fights, but pulling off the moves themselves looks even better than the TV show. The Switch version also utilises motion control as an option as well, and movements like the Kamehameha are well represented in these movements. As nice as they felt, the actions themselves don’t happen until the player completes the movement, and that delay in the on-screen character waiting for you to finish the movement before it would respond completely ruins the idea that the motion controllers allowed you to fight in these battles. Rather than personally controlling the character’s hands, you are just inputting commands, but in an inefficient and often match-losing manner.. Once I pulled off a couple of successful moves for sheer novelty’s sake, I went straight back to button controls, and I think most people would opt to do it this way as well. 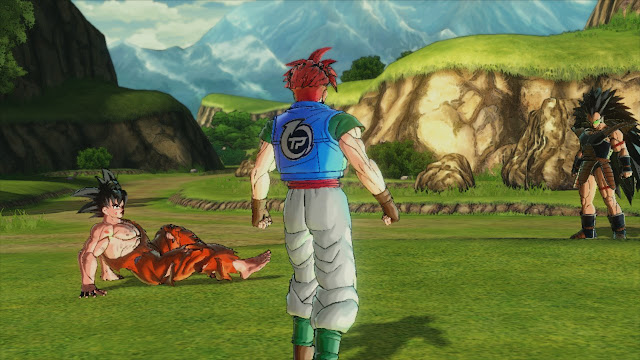 The voices felt a little off at times. The ability to choose between English and Japanese voices is directly related to what server you choose the game to connect to upon the first boot. North American servers have English only, Japanese servers have Japanese only, while European servers can have a choice of either. There is no reason why both languages couldn’t be represented worldwide. The English dub isn’t that great, which saddens me because the dub for Dragon Ball Z was rather good. The Japanese voices however are top notch, so I recommend choosing a server that allows this choice in voice.

Related reading: For a second opinion on the game, here’s Nick’s review from the original console release.

It’s been almost a year since Xenoverse 2 came out on other consoles, and this release for the Switch is still the standard vanilla release. Any DLC for the game needs to be purchased from the eShop. It’s not much of a gripe, to be sure, but I suppose many of us are used to getting “definitive editions” around this long after release with all the DLC included. The Switch version does include the ability to play levels as if they were playing the original Xenoverse version, since that game isn’t available on the Switch, and that is a nice touch.