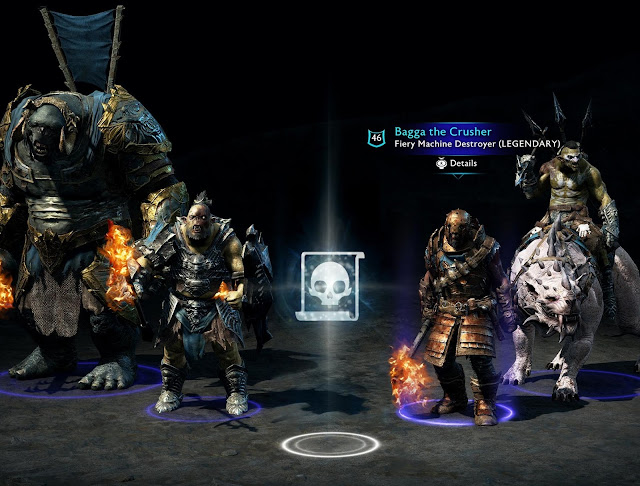 Loot crates are the devil, and there’s a number of reasons for that. I’ll leave it to the Jim Sterlings of the world to rant on about how anti-consumer and exploitative they are, because it’s his shtick to talk about business practices and rant and rave on about monetisation to the point that he’s forgotten how to actually look at what’s in a game. I wouldn’t want to take that away from him. He’s really good at it.

But that’s not the only sin of these loot crates that are plaguing games as wide ranging as Forza, Lord of the Rings, Injustice, Overwatch and Destiny. You’d be hard pressed to look at any blockbuster game (particularly those developed by western developers) and not see the presence of loot crates. They are a feature of mobile free-to-play games, as a way of convincing people to spend money, and the big budget developers realised that it would be an easy way to get additional value out of their games, much like DLC has been.

So, they’re popular among developers (no doubt because they work) But these things are a big issue for me, and not because I have an issue with spending the money on these things in principle. The issue that I have with the loot boxes is the same issue that I’ve got with the other mobile game “features” that have made their way into blockbuster development: the experience bars, the daily log-in bonuses, and all that other nonsense. The problem I have with all this stuff is that it’s completely immersion breaking. And when it comes to premium games, I do expect immersion. It’s a minimum standard.

Imagine you’re reading a book (I mean, it shouldn’t be something people imagine, so much as do on a daily basis, but let’s go with the hypothetical). Imagine it was on your Kindle, which, as a digital device, can do all the computer-y things that video games do. Now imagine that every few pages you read you earned “points” and “coins”. You would also get a bonus pile of “coins” for reading at least a page per day. The “points” would level you up, proving to all your peers that you’re the most hardcore of all readers. The “coins” meanwhile, could be used to buy treasure chests that randomly held new fonts, page colours and, if you were lucky, extra side stories that weren’t in the base novel. Then imagine you could spend real money for piles of these “coins” to get those treasure chests faster. And imagine if the final chapter of the book was actually a random drop from these treasure chests.

Beyond being annoyed that you’re being asked to spend all this money, or that you have to read some of the book each day, do you see what’s wrong with this picture? What the real problem is?

It’s this: you’re no longer focusing on what’s in the novel. You’re stuck in an endless cycle of looping actions for the sake of bonuses. It’s work, dressed up as something rewarding. It’s gamification and business process software. What it is not is art, and you’ve lost sight of the art, because you’re too busy fixating on these loops, and if you’re mad, you’re mad at the business models behind them, not the actual game.

I’ve heard more about loot boxes in that new Lord of the Rings game than I have about the narrative, characters, setting, or even visual art. This is a problem, again, not just because a company’s fleecing people for money. It’s a problem because it’s games being work and process. Not art. Contrast Lord of the Rings to Hellblade, a game that hasn’t got any of this – no levelling bar, no loot crates, no DLC and no daily login bonuses, and aside from a few unfortunate bugs, almost everyone who has been talking about the game has focused in on their interpretation of its narrative, how it handles its central theme of mental illness, and so on. In other words, Hellblade is being treated as art. Lord of the Rings is being treated as a product.

Hellblade gets treated as art because it behaves like art. It’s not a product to monetise. It’s something of intense importance to the creators, who have a specific message that they want to relate to players. And it’s immersive. Not because it’s pretty, or because it has a dark story, or because it’s got great voice acting. Hellblade is immersive because it doesn’t try and take players out of its vision to remind them that they’re playing a game.

Every game has mechanical elements, and, yes, every game needs to make a player understand them. RPGs, for example, have had experience bars since the dawn of the genre. But that’s fundamentally different to the experience bars in a game like Call of Duty or Overwatch. Why? because an experience bar in those games is distinct from the game. It’s numbers that stream onto the screen when a match is over as a way of reminding you that you are really getting better at this, and give you an incentive to keep on playing. The experience bars in RPGs are integrated into the game itself. Thematically, they’re part of the broader narrative (RPGs are generally stories of personal development and experience levels are a way of representing that). In other words, it’s a mechanic designed to support the immersive experience.

Mechanics designed around the game itself are fine. Just as a platformer needs jumping mechanics (and needs to make players aware of how to do them), or racing games need to abstract the tweaking of a car down to a series of menus, any mechanical feature designed to lend depth and extend enjoyment within the game’s core experience is an “immersive” mechanic. But these mobile-style experience bars, loot crates, and login bonuses simply clutter menus and interfaces, and while they are certainly designed to keep players playing, they also pull them out of the core experience to do so.

Yes, I’m aware that all this stuff unlocks additional stuff in the game, but mobile free-to-play mechanics also force players to forget about the game as they make calculations separate to it – questions like “should I spend my ‘coins’ now, or save for a rarer loot box?” Or “if I play for another ten matches will I reach level 10 and unlock the sniper rifle?” These questions have absolutely nothing to do with the intensity of the war that you might want the sniper rifle for, and have nothing to do with being a hero in Middle Earth. They are “counter-immersive” mechanics, and they’re a plague that ruins games that might otherwise have some meaningful narrative value.

Those same mechanics worth fine with mobile games, because mobile games aren’t about immersion, narrative, or art. They’re designed to kill time, and I write that without any pejorative intent whatsoever. I love Fire Emblem Heroes as much as the next hardcore fan that’s spent hundreds of dollars trying to get all the special costumes for Lyn. But it doesn’t change the fact that Fire Emblem Heroes is not designed to be immersive, as the “actual” Fire Emblem games are. Mobile games are designed around becoming behavioural – a part of the daily routine. But actual art is not behavioural. It’s impossible to appreciate art when it becomes behavioural. It is no longer inspiring when it becomes like that.

It’s not unusual for blockbuster developers to completely undermine any thematic, narrative or artistic value in the games they produce. They throw around terms like “immersive” while deliberately ignoring the actual meaning of the word. To a major publisher a big open world and endless content is how they define “immersion.” Not that a player can’t put the controller down because he or she just has to know what happens next. We live in a world where the average number of hours played in a game is mistaken for a measure of quality, regardless of how intensely attached the player is to the game as they go through the motions. But it’s not, and shoveling loot boxes into a game is the latest way that these blockbuster developers are killing off any genuine immersion into the worlds that they’re building.

Long term, it will cost publishers. People who aren’t genuinely engaged in a game won’t be excited for another. With so many games on the market these days, publishers need to be looking for ways to connect with players emotionally. Not give them time wasters that they’ll move on from when the next one comes around.

And it’s exploitative for the consumer. Let’s not forget that. It’s a lose-lose all round.

Here’s a game on war you should actually play: In The Name Of Freedom