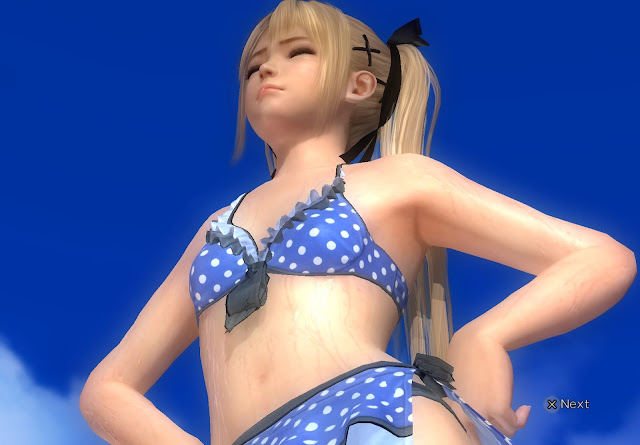 Seven season passes in, and it looks like Team Ninja and Koei Tecmo are finally winding down the DLC costume roadmap in Dead or Alive 5: Last Round.

Related reading: Matt’s massive and in-depth review of Dead or Alive 5: Last Round on PlayStation 4.

Yes, that’s right. Seven season passes. For those who haven’t been following along, Dead or Alive 5: Last Round is an incredibly expensive game, if you absolutely must own every piece of DLC. Dropping into the game’s store page, and there are over 1,000 bits of content in addition to the base game – mostly additional costumes for the fighters – that you can download. Some of those are duplicates, “packs” of costumes, or the “costume catalogues,” which are essential to make the DLC costumes appear in the game, but you’d still be looking at, effortlessly, over 800 additional costumes that you can purchase for the two dozen odd characters in the game.

Of course, the sheer expense in buying all those costumes as led many people to criticise Koei Tecmo for “exploitative” behaviour. But I have a very different view on it. In fact, I think all those season passes and costumes have been able to give the game longevity well beyond what it would have enjoyed otherwise. 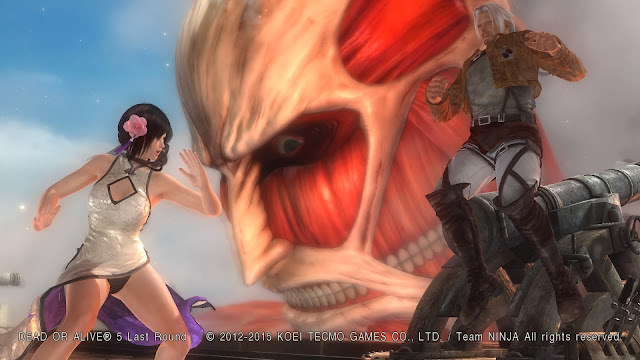 Dead or Alive 5 was first released on the PlayStation 3 back in 2012 – a full five years ago. Looking back at that base, vanilla game, compared to where things are at now with the “HD” Dead or Alive 5: Last Round on PlayStation 4, is quite incredible. It’s not just the costumes. The roster of the original Dead or Alive 5 was still perfectly adequate for a fighting game, but thin compared to the massive roster that we have now. Marie Rose and Honoka – both right at the top of the list of fan favourites – were not even in the original release. There was a fraction of the number of levels to fight across, too. Again, what was there was adequate for a full-priced fighting game, but it was not where it’s at now.

The only reason that Dead or Alive 5 has been able to grow so big, have active development continue over five years, and remain so popular despite having an engine that’s starting to creak under its age, is because it has been so well supported through DLC purchases. If people weren’t buying the bikinis and cheongsam, cowgirl outfits and anime/game tie-ins (Atelier and Attack on Titan being my favourites), then the financial incentive to continue development on the game just wouldn’t have been there. Is it expensive for fans? Yes, but with each new costume release you’ve got an incentive to continue playing the game. I can’t think of many games that I still have on very high rotation so many years after sticking it into the disc drive for the first time.

It’s all optional, too. More casual fans have absolutely no reason to buy each and every costume or season pass. There might be one or two characters that you really like, and you’d buy all of their costumes. Or there might just be one or two costumes that you like at all. Koei’s has been very gentle in asking people to pony up for these things. The fact you have to actively download a costume catalogue for each new release means that, if you don’t, it doesn’t show up as a “locked” costume in the game; it’s like it doesn’t exist, so completionists don’t feel like they’re missing out. Even within the base game there are plenty of costumes to unlock simply by playing, so you’re still getting the variety. The additional costumes are just there for purely novelty purposes. 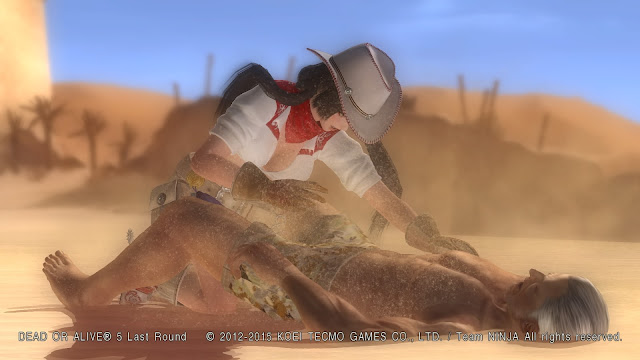 Of course, the DLC characters and stages are another matter; they do add substantially to the game, but they’re also the kind of thing that people don’t generally mind paying for, when they’re done as genuine additions to a base game, rather than something that feels like it was sliced out of the base game in order to make extra money via DLC. Each of the extra characters that have been added to Dead or Alive 5 have been clearly developed post-release. They’re either novelty characters themselves (Naotora Ii from Samurai Warriors), or completely new characters (Marie Rose). Again, the ongoing development on the game has only been possible because Koei Tecmo has been able to generate ongoing revenue from DLC sales. Those costumes, as unnecessary and superficial as they are, have been able to make Dead or Alive 5 closer to a hobby all to itself than a single game, as such.

The big question will be what happens to all those DLC costumes that we’ve bought for Dead or Alive 5. Will they transfer to the new game? I wouldn’t count on it, to be honest, and while that’s vaguely annoying as someone who has spent a lot of money on these things, at the same time I know I got my value from the game, and if Koei Tecmo is able to use DLC costumes and the like to extend the life of Dead or Alive 6 as it has this one… I’m happy to make the investment. Just imagine how much bigger that game will be a few years into development.

Pinball FX 3: Zen Studio’s new hub that will suck endless hours of my life away from me (because it’s so good)