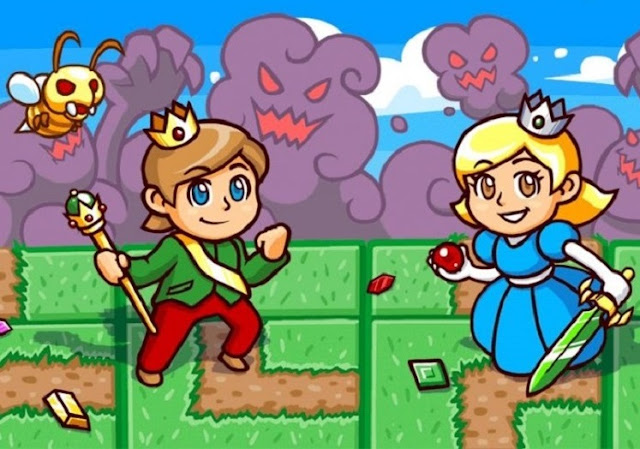 There are a few games out there that mash-up RPG leveling and puzzles, like Puzzle Quest or Puzzle & Dragons. Most of them are match three games, drawing inspiration from Bejewelled, but SwapQuest does something very different and unique; it melds together RPG and Pipe Mania. Whether that’s something anyone actually wanted to play is a different matter entirely.

The story in SwapQuest is standard fare: A horde of demons that look like a dark fog are attacking the kingdom of Aventana and it’s up to Prince Wilbert or Princess Wilma to save the kingdom. You do get to pick who you want to play as and of course, that means picking male or female. Then you pick what class you want to be. The gender is a superficial option, but picking classes is important as each class has different attributes. The classes do level up as you play and each time they level you get to pick one of two new skills.

Pipe Mania isn’t the best known puzzle game formula out there, so for those who haven’t played it before: the goal is to create a “path” by placing paths into a play field that creates a route to follow. So for this specific game you’ll be swap tiles around to a path for the prince or princess to walk along, with the added caveat that you also need to avoid the horde placed around a level, and to make it to the goal. Along the way, there are monsters the royals can fight and treasure chests they can open. Killing monsters and opening chests drop jewels around the map which you’ll want to navigate the prince or princess over to so they can pick them up. The jewels work as currency you can use before each level to buy new things. 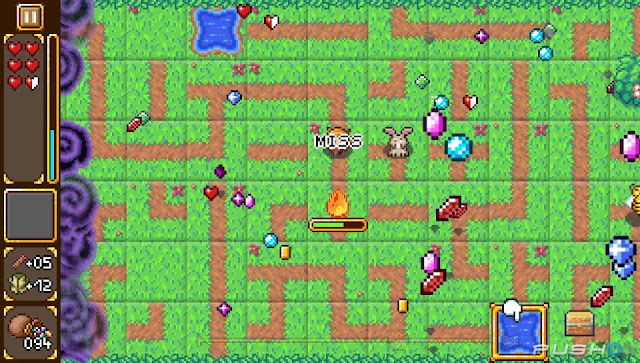 It’s an easy game to pick up and play but each level comes with their own set of challenges such as snow covering the paths so the only way to tell what they are is to swap them near a fire to melt the snow. The horde is also always behind the prince or princess moving closer, and forcing you to keep them moving forwards. Getting hit by it takes a little life away and pushes you down on the map. All the RPG aspects of the game are things you would aspect, level up from killing monsters, get jewels to buy new gear or power up your character and all that. Overall, it’s not really a hard game and the benefits for levelling up outpace the difficulty of each level. I was able to get through the entire game without a single death.

Two things that really stand out in the game are boss fights and one of the last levels. Boss fights have you learning the pattern of an attack and then you need to work out how to create paths that allow you to attack the aforementioned boss while avoiding their routines. Meanwhile, one of the last levels in the game was a tower that changes things up slightly. Instead of the horde slowly gaining on you there was no horde at all but more puzzles to figure out.

The game comes with two different graphical styles that can be switched at any time with a push of a button. They are pixel art and high res. The game won’t be winning awards either way, but it’s pleasant enough, and the two options are different enough that they’ll appeal to a wide range of aesthetic preferences. The soundtrack is okay but forgettable. The game does feature a neat coop mode you can play with a buddy locally. Whether it’s the kind of game that your buddy will want to play with you is a different question, but if you can convince them to give it a go you’ll get some lasting value from this. 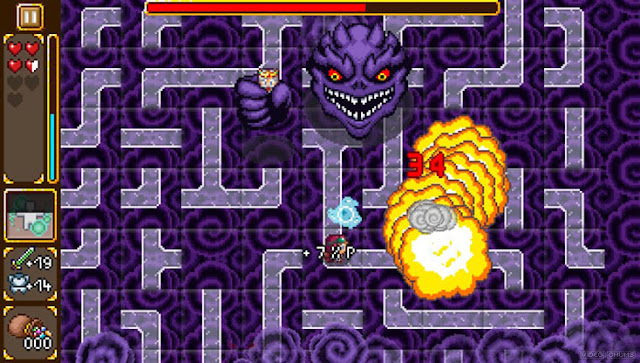 The game’s length is spot-on. It’s the kind of thing you’ll play between meatier games, and in total you’ll be able to clock it in around five hours, meaning it won’t overstay its welcome, but you’ll be working through it over a period of a few weeks. That said, against all odds the length seems a little padded out at times, as characters wander around so slowly, and that means levels can draft on for far too long. One level alone took me over 30 minutes to clear, and that does run against the game’s otherwise pick-up-and-play appeal.

Related reading: For one of the better examples of the RPG mixed with puzzle game formula, be sure to check out the 3DS Puzzle & Dragons game. Matt’s review.

I really wanted to love SwapQuest but it’s neither memorable nor essential in any sense of the word. That’s not to say it’s a bad game, because it’s not. It’s still fun to play, but as an experiment in mixing a puzzle genre with the RPG, it’s proof that this particular genre isn’t necessarily easy to smash together.