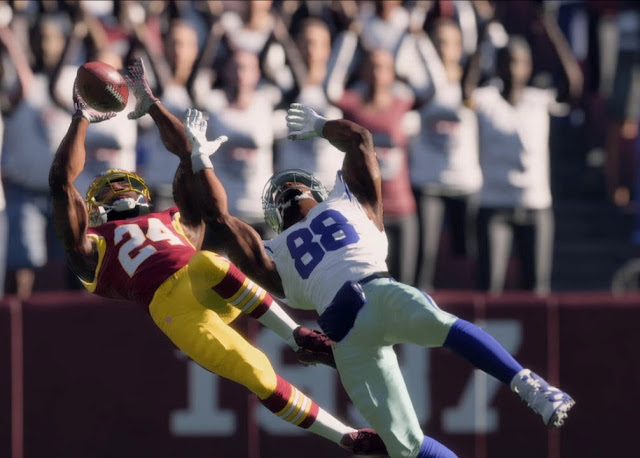 Another year, another Madden, another season where we as fans of arguably the most popular sport in North America hope that this year, our team will meet or exceed expectations and give us a sense of satisfaction in having backed them. Madden NFL 18 carries similar hopes with it. You generally have a good idea what to expect from a big budget title like this with an annual release, so you have expectations firmly set into place. This year it’s a really good, enjoyable football game that makes some necessary tweaks and improvements to a familiar formula, while taking one big new risk along the way.

I have to say that when the team first teased the idea of Longshot – the new story mode, following on the heels of the success of the mode in FIFA – I was very intrigued. Anyone who has read my various sports reviews on this site over the years knows that I put more time and effort into career modes than probably any other in these titles. My favourite ones have had some story elements to them, such as what NBA 2K has offered for the last several years. That formula has been tweaked and refined over the last few releases, and I was curious exactly what Longshot would be when it was done, and if it would be comparable to the NBA 2K modes. Longshot is nothing like that, and at first I thought that would be a disappointment, but it turns out that the further I got into the mode, the more I came to appreciate it for daring to be different.

Longshot focuses on the story of Devin Wade, a young man who was a five star recruit coming out of high school with all of the arm talent in the world at the quarterback position. The story kicks off with a cut scene from his childhood, playing backyard football with his dad and best friend. Having done that myself growing up, this part obviously resonated with me right out of the gates. It is a simple thing that sets the stage for a story that then fast forwards many years to when Devin and his best friend, Colt Cruise, are trying out for the NFL via a combine. Initially this leaves a lot of blanks to be filled in through flashbacks and dialogue that go on to explain why Wade fizzled out in college and now is the titular longshot to make it in the NFL. He joins a sort of reality television show called – you guessed it: Longshot – and along the way you participate in a handful of games, some quicktime even-style scenes and have to make some choices that all impact what kind of a recruit Devin will be seen as by pro teams. 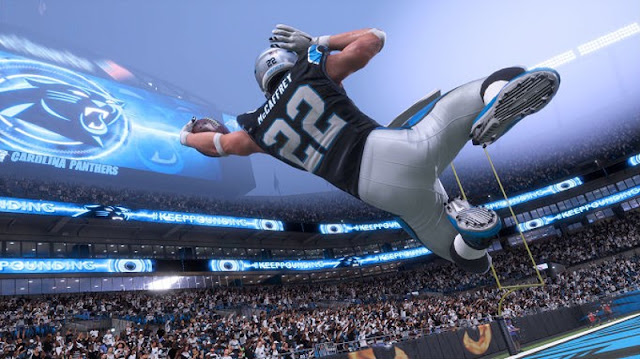 Parts of the story are a bit clichéd and predictable, but it is a very cinematic overall experience that lasts several hours and is assisted not only by the excellent visuals supported by the Frostbite engine, but also some pretty solid voice acting by the likes of Mahershala Ali and Scott Porter. As an all-new mode to the series, I came away pretty impressed by the overall polish. Admittedly there were times where I think the game could have used a bit more time teaching you what it wanted to do (some of the mini-games could have really used a 30 second tutorial instead of immediately dropping you into a pass / fail situation without any real coaching, because frankly it sets you up to fail unless you’ve already played the mode once before), but other than that, I really do not have any significant complaints to level at the mode.

The other big change to the game’s modes is Madden Ultimate Team (MUT) Squads. MUT team is a familiar mode now to fans of the series, and one that I like but usually do not sink a ton of time into. Franchise is where I still spend the lion’s share of my hours with Madden, because I like the progression and developing teams / specific players. These simulation elements have been in the series for years now, but they are fantastic hooks that keep me playing for months on end, and while not a lot has changed in that mode this year, MUT has managed to steal a bit more of my time than usual this year. The primary reason is Squads, which encourages you to combine rosters with two of your friends and impact the game by taking on roles of defensive captain, offensive captain or head coach. It encourages some pretty cool cooperative play with your friends and provides a nice twist on the traditional MUT formula.

However, MUT in and of itself has done a few other things that had me coming back more regularly than in prior years. For those unfamiliar with the core mode, think of it as a mix of fantasy football and sports card collection. That hits something of a sweet spot with me as I am in two to three fantasy football leagues every year and I have been collecting football cards since I was in junior high and Barry Sanders was juking people out of their cleats. Here you open packs of cards and build out a team based on the players in your possession. MUT then has a variety of different themed challenges, from training ones to weekly ones based on real-life scenarios that took place the week prior in the NFL. Those all make a return, but it is the addition of Squads, experience points / levels that unlock access to new things and a tie-in to the Longshot mode that have had me revisiting MUT more than in prior years. 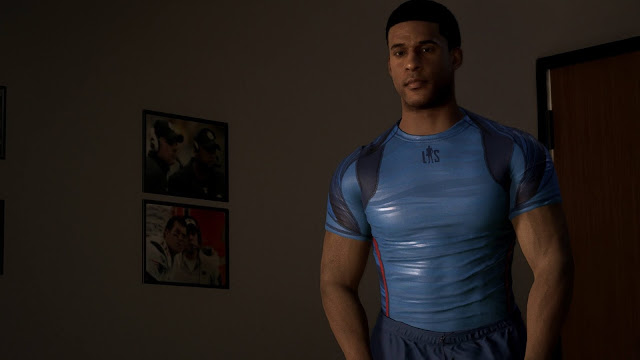 One of my only complaints about Longshot mode was that for the four to six hours you play it, you only wind up playing out an actual football game a handful of times. However, you can earn cards towards MUT for completing certain milestones within the Longshot mode, and they have a Longshot sub-mode found in MUT that allows you to play lots of games and sort of ‘fill in the blanks’ for the games that could have been played out in the Longshot mode itself. It is not a true ‘career mode’ for Devin Wade, but it’s still a clever way to tie two seemingly unrelated modes together rather nicely.

However, once you look beyond the aforementioned modes, you’ll realise that Madden NFL 18 is largely unchanged from last year’s version. That is not necessarily a bad thing, as their physics engine is getting refined and better year by year, the visuals are pretty fantastic, some minor tweaks and improvements to the gameplay controls continue to make the experience better each year, but if Longshot and MUT team do not appeal to you, you might come away somewhat disappointed to see that the rest of the game has been handled in a pretty conservative fashion. MUT still has that annoying money grab feel to it as well, as it is perhaps more entertaining than ever, but still a very microtransaction based system that wants you to spend additional dollars above and beyond the game. You do not have to by any means, but those who spend will improve their rosters a good deal more quickly than those who grind away at the game itself and earn credits via gameplay.

If you are holding out hope for wholesale changes and improvements, I think that is probably a little unrealistic based on the annual release cycle and you will come away disappointed. Personally I look forward to the fresh roster updates, appreciate subtle tweaks to a series that I have been playing yearly for more than twenty years and thoroughly enjoyed the two major modes additions.

The fast five with Peter Curry: the developer behind a minimalist masterpiece