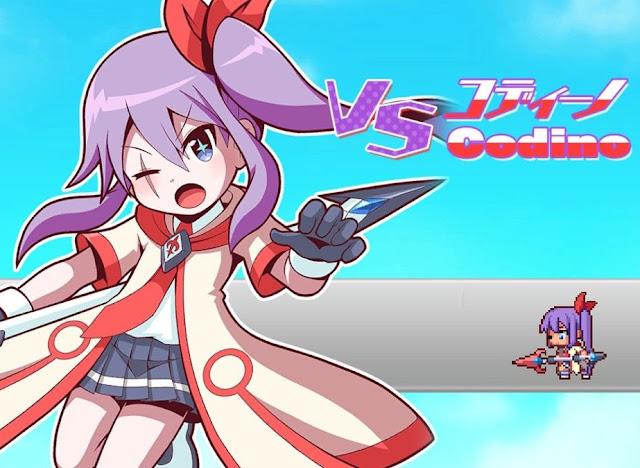 I have played a lot of music games in my time. Some have been brilliant. Some have launched me into an entirely new hobby and fascination (yes, I’m talking about the Hatsune Miku games there). Some I find to be wonderfully like hearted and entertaining, like the hugely (and wonderfully) fanservicey Persona 4: Dancing All Night. Other rhythm games I find to be intense, powerful experiences; like Thumper.

Related reading: On the Nintendo Switch, Voez is one of the strongest games, and one of the best rhythm games ever made. Matt’s full review.

I love the rhythm game genre, and feel that it’s generally underrepresented in video games. Sure, there’s a few of them, but they’re not quite the dominant genre that I feel they deserve to be – and by that I mean I just don’t get to review enough of them. That being said, the Nintendo Switch already has one of the finest examples of the genre out there in Voez, and that’s a game with dozens, if not hundreds, of hours worth of playtime in it. And then there’s Rudymical, which I think might just be the worst rhythm game I’ve ever played.

Let’s boil the rhythm game genre right down to its roots for a second. What is the most important thing to a rhythm game? The music, right? Without great music a rhythm game is catastrophically boring, or even intolerable; what crueler punishment is there than playing a game where you have to concentrate on the music, when the music wants to make you remove your ear drums with a spoon just so you don’t have to hear it any more? 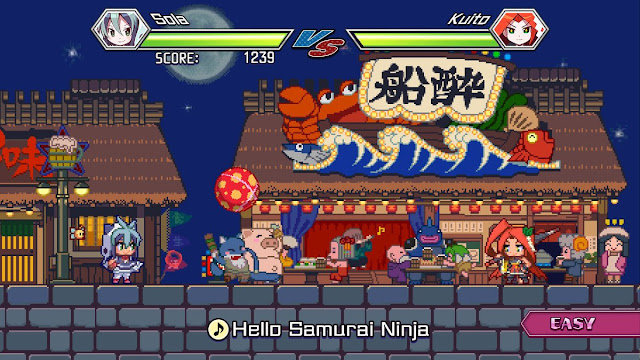 Rudymical’s biggest problem is its music. The entire soundtrack is pulled from a couple of obscure games that were hardly noteworthy themselves (The Legend of Dark Witch), and I think it’s amusing in the extreme that the development team felt that the IP was of a standard and prominence that side games were appropriate, like this was Persona or Senran Kagura (both of which have rhythm games). Putting aside the lack of brand awareness, which immediately meant I had no stake in the game’s characters or design, I also quickly discovered that the music is just terrible.

It’s possible that there’s some decent musical themes hiding away in there, but Rudymical’s music tracks are all midis, and generally poorly produced ones that don’t sound good either through the Switch’s speakers or headphones. Even the best of them, however, would still sound like generic anime nonsense if performed by an orchestra. I know the game is asking a fraction of the price of something like Hatsune Miku: Project Diva Future Tone, but the price it’s asking isn’t that far off Voez, which offers some 110 tracks of a wide range of professionally produced music.

The gameplay itself is visually cute, but nothing that we haven’t already seen from rhythm games so many times in the past. Each stage features your character and one enemy. That enemy shoots these ball things which you need to slash at by pressing a corresponding button (three different colour balls, three different buttons), at just the right time, which happens to sync up with the background music. The better the timing, the more points you earn. Each successful attack also damages the enemy, and when their health runs out, it’s stage over. 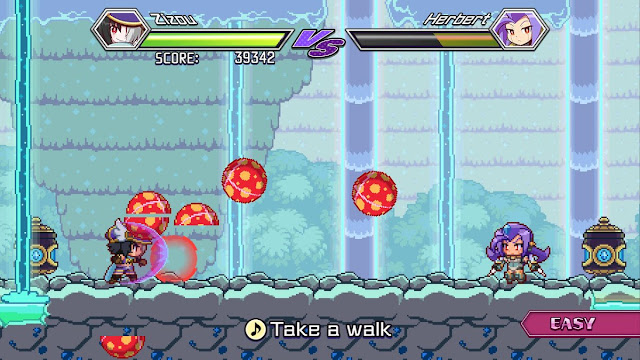 Of course, if the ball things hit you because you timed your “attacks” poorly, then you take damage instead, eventually resulting in a game over. As I said, it’s a cute idea to present this all like a fighting game, but the core gameplay loop ends up being no different to any other standard rhythm game you might have come across.

Get enough points in a stage and you’ll earn a crystal, and at certain points you unlock more music and more characters. Which would be great if any of that felt like a reward rather than more work. The characters themselves are a simple, clean kind of anime design, and in “battle” there is a nice pixel aesthetic that is charming. There’s some kind of “story” that’s introduced at the start and then left to languish. I suspect if I actually cared about the games that Rudymical was based on I would enjoy the presentational elements more.

You just need to look at something like Theatrhythm Final Fantasy to realise that when people really love a franchise, taking the music from that franchise and turning it into a rhythm game can be a magical experience. But then people pay a lot of money to go to symphonies of Final Fantasy music. As my old mates Dunning and Kruger would always say: people should know their limits. The Legend of Dark Witch franchise is far too limited and nowhere near of the standard where its music is ready stand alone, and Rudymical is just not worth playing on any level.