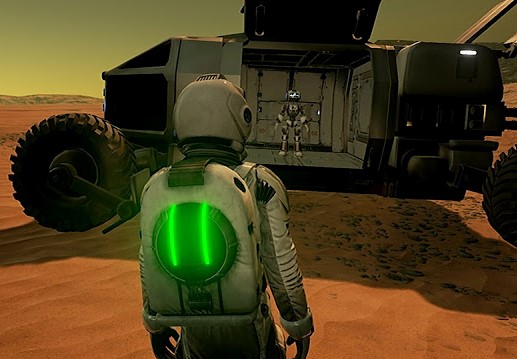 I didn’t really know what to expect, going into Unearthing Mars. I hadn’t heard of it before the review code for sent my way, and I didn’t do any sort of research before strapping on my VR unit and diving in. I’m glad I didn’t, because it’d be very easy to build up expectations for this to something it’s not – as the game itself says, the Red Planet is “mankind’s obsession”. Without that the chance to build my own idea of what a VR game about Mars “should” be like, I got to just enjoy Unearthing Mars for what it is: a fun, creative sci-fi adventure that’s a great way to spend a couple of hours.

Set in the not-too-distant future, Unearthing Mars casts you as the co-pilot of a mission to land on the Red Planet’s surface. Once there, the goal is to recover fragments of the mysterious Phobos satellite, which are believed to hold key information about the planet’s history. Naturally, things don’t go quite as planned, from a crash landing to the discovery of far more than anyone bargained for.

Note: everything that follows could be seen as spoilers, even though it’s all stuff revealed in the game’s promotional material. I can’t really talk about Unearthing Mars’ qualities without going into some spoilery detail, but I’d definitely recommend playing with as little prior knowledge as possible. 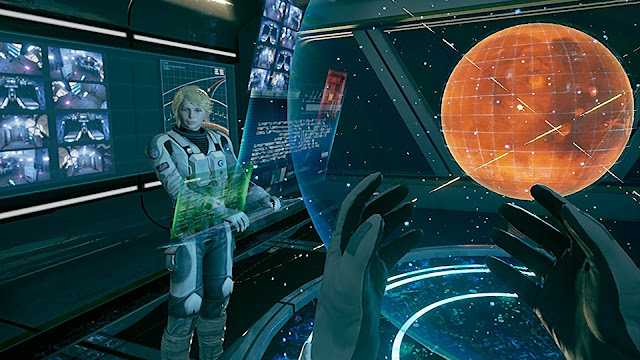 Not long after the crash, you find one of those Phobos fragments. Not only do you find out that Mars did once have a thriving society, but it was a lush, green planet full of natural life and water. Also, you don’t just get to learn about it, but experience it firsthand through some sort of strange hallucination. It’s a whirlwind tour that only gives you snippets of history, but it’s enough to get a sense of the kind of place it was, and how it changed from that to a dusty, lifeless rock.

Nothing about Unearthing Mars’ plot is particularly innovative or even interesting on its own, but it’s the way it’s delivered that really grabbed me. Over the course of 10 levels, the mechanics shift and change, selling this vision of Mars much better than words and exposition ever could.

The first level is a simple dialogue adventure, as your commander outlines the mission and you get chances to make little, inconsequential choices as to how you respond. Over the next couple of levels, that morphs into a point-and-click adventure game, as you hop between prescribed points and investigate your surrounds. Then you get a buggy that you can freely drive around, opening up that adventure game element even more by letting you drive between scenes. Then it turns into a puzzle game, as you discover old relics that can only be activated by solving logic puzzles. In the second to last level, it goes full-blown shooter as you fend off an alien assault. Then, finally, it loops back on itself, with a simple adventure game aboard the space station where the game started. 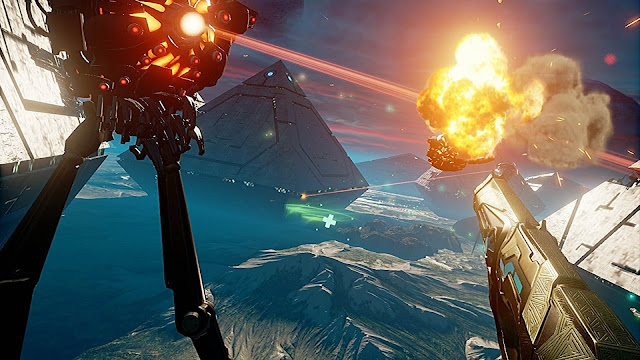 It’s almost like a journey through a history of game design, which is a clever analogy for a story that creates a history of Mars. The different mechanics are interesting enough in their own right, but I was always looking forward to seeing what the next level had in store. The mechanics mirror the plot in how they change from level to level, ramp up the intensity, and shift the focus increasingly towards action. However it does so on a more primal, emotional level, turning a story that would otherwise be quite pedestrian into something captivating.

The range of genres that Unearthing Mars touches on also makes it a great showcase for PlayStation VR. ‘Tech demo’ is a phrase that’s often used pejoratively, to describe something that feels more like a prototype for new technology than a fully-fledged game; Unearthing Mars manages to be both a demonstration of a wide array of approaches to VR game design and a whole, complete, coherent game.

It also does an admirable job of using the immersive qualities of VR to achieve those emotional responses that underpin the story. In one of my favorite moments in the game, you’re tasked with picking fruit and feeding it to some cute little aliens. It’s a little thing, not particularly “gamey” and not even all that plot relevant, but that simple little brief interaction gave more of a sense of what Mars used to be like than anything else the game does. (Also, who doesn’t like feeding cute critters? I feel like there’s a huge untapped market for VR animal petting games.) 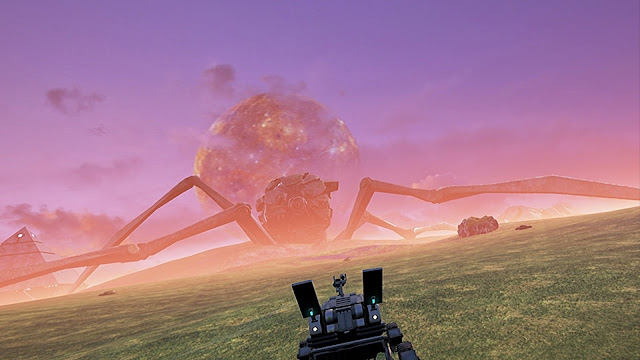 Another moment that’s stuck with me is the simple act of turning on your helmet-mounted flashlight, which involves… bopping yourself on the head with your move controller. That sounds silly, but that is exactly what you do, and it works wonders for injecting you into the game. Obviously, it’s meant to simulate flipping a switch on a headlamp, and the physical action of putting hand to head drives that sensation home in a way that pressing a button never could. When this mechanic was first introduced, I just stood there turning the flashlight on and off. I must have looked quite the sight, standing there with my PSVR strapped on, tapping my head with controller that looks like it’s made for a very different kind of fun. But in doing so, I was feeling immersed in a way that few games achieve, even in the VR space.

Unearthing Mars isn’t without its problems, but they’re mostly a consequence of resourcing – it’s hard to build a game this ambitious when you’re an indie dev. The graphics are simplistic, which isn’t something I generally care about, but in a VR game with a photorealistic art style, it’s quite distracting. The script and voice acting leave much to be desired, and the soundtrack is weirdly inconsistent – at times its great, at other times it’s grating. I do wish I could see what this team could do with a bigger budget, because they have some clever ideas and it’s always a shame to see technical limitations very in the way of that.

Even so, I’d say Unearthing Mars is well worth a couple of hours away from the real world. It’s rough around the edges, but there are some great ideas at play and an enjoyable adventure to be had.