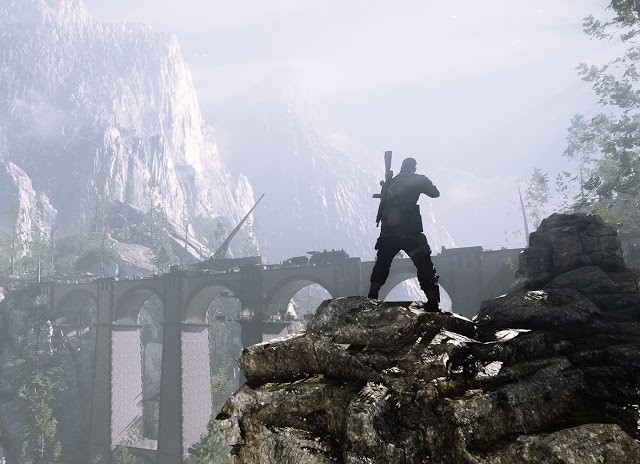 Mixing open world environments, strategy and some over-the-top kills, Sniper Elite 4 is the best entry in the series so far. That is not to say that the experience does not have some flaws, but it does enough things right that fans of the series or tactical shooters should be satisfied with Rebellion’s latest offering.

In Sniper Elite 4 we follow the exploits of marksman Karl Fairburne as he finds his latest exploits taking him to Italy. Of course, long time fans of the series will be happy to hear that this iteration in the series is just as brutal as ever, and frankly shooting Nazis in the face never gets old. Hours into the campaign, I still found myself scrutinising my surroundings carefully, laying down a bevy of traps and most importantly, finding a strong sense of satisfaction every time I made the head of a Nazi general explode into a pile of bone fragments and flesh. Also you can shoot them in the gonads. That there is wish fulfillment of the highest order.

One can argue the merits of the Street Fighter franchise to that of Mortal Kombat. They each have their following for distinctive, legitimate reasons. There are some parallels with the Sniper series and more popular shooters such as Call of Duty as well. The genres are the same, but there are enough differences that are worth noting as well. Like Mortal Kombat, Sniper Elite 4 really embraces its over-the-top violence. Stealth kills where you knife a soldier in the lung or an incredibly long shot that breaks out the Mortal Kombat-like x-ray view of your target’s shattered jaw and spine are appropriately gruesome rewards for a well-placed shot. Just so we are clear, there is a trophy for shooting a soldier in the testicle (naturally called “The Nutcracker – Sweet!”), and if you have the DLC – a trophy for killing Hitler with a testicle shot (a worthy trophy to pursue if ever there was one). This is a brutal, unflinching game, and to that end far more effective than the average shooter where there is a spray of bullets, a spray of red and you lather, rinse and repeat a few million times. 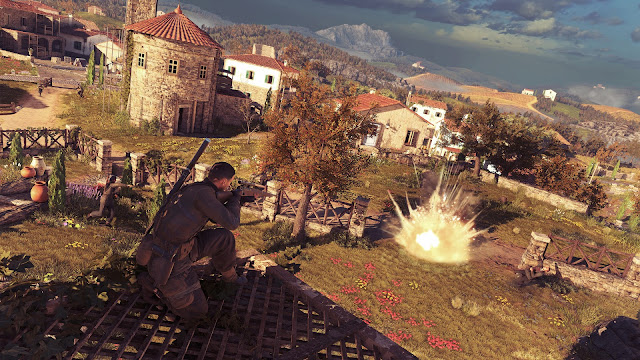 All of this would be a cheap (if enjoyable gimmick) that wore thin quickly if the gameplay was a drag, but it was anything but. There are some multiplayer options that shooting fans might enjoy, as well as a wave defence mini-game as well, but the meat of the experience is the single player campaign. I spent over a dozen hours, as I sought out each and every side quest along the way. Some of them are easier than others, and most of them boil down to ‘kill this guy’ or ‘find this item’, but they work well within the context of the stages (for example, disarming anti-aircraft missiles so allied planes can do their thing more safely).

There are certainly moments where the action gets intense – I had Karl Fairburne in full retreat on several occasions once my cover was blown and the enemies were swarming in for me. Snipe Elite 4 is not an easy game however, because if you play the more advanced levels of difficulty a run-and-gun approach is going to end very badly. In Battlefield, Call of Duty and pretty much any other shooter, I always play the sniper class. My reflexes are not what they used to be twenty years ago, so I prefer trying to survey the environment and out thinking the competition as I camp. Of course, more often than not, quick-twitch reflexes win out in those types of games, which is why I find the pace of the Sniper series so much more enjoyable.

The basic flow of the game is you start the stage with a series of missions (both optional and required) in a variety of settings with Karl. There is no single best way to complete your objectives. Maybe you want to just pick enemies off from incredible distances to thin the heard, or perhaps you want to set down traps and lure them into your web, or perhaps you’d prefer to sneak in and use stealth kills and a silenced handgun. There are challenges baked into each level for more extreme approaches as well, such as not killing over a certain number of troops and relying solely on stealth and patience. 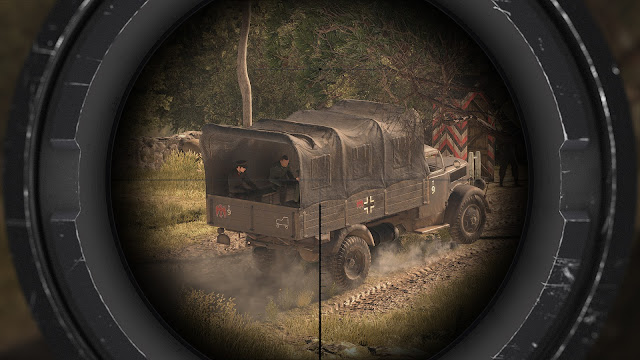 I generally approached it as a hybrid of sniping and trapping. I would find a secure vantage point, use the binoculars to scope out the region and mark targets. Then I would creep closer to the area in question and set down a variety of traps. I would then retreat back to my prior perch and start unloading precision shots on the soldiers most likely to be threats. Sniper Elite 4 has a fairly smart triangulation system in the works that helps the AI locate your position (especially if you were actually seen) and tends to bring out the reinforcements. I would then let them come, hopefully triggering my traps as I attempted to slink off to a different pre-scouted location nearby. This level of tactical thinking makes success far more rewarding when your plan comes together and when combined with the overkill animations and the various progression upgrades is when the title is at its best.

Where Sniper Elite 4 stumbles a bit in its single player campaign is the story itself. For one, characters are generally bland and uninteresting. At one point in the later chapters bad things happen and I felt minimal emotional connection to the casualties. This was likely due to the fact that most of them were lacking in personality and to make matters worse, the voice acting outside of Karl is usually pretty terrible. So instead of really caring about the specific people or places the narrative was attempting to familiarise me with, I was mostly operating under the premise of: be sneaky, shoot bad people, find some things and move onto the next stage. None of this is necessarily terrible, just underwhelming.

Having played the last couple of Sniper games as well, it is a little disappointing that the narrative is not the only thing that has not matured. While the open world environments and varied approach to solving quests is better, the actual gameplay has not changed much over the last two games. There are a handful of tweaks here and there to smooth out the formula, and thankfully the gameplay loop is a satisfying one, but I hope Rebellion puts on its thinking caps and comes up with a few more modifications before the next Sniper title is released. 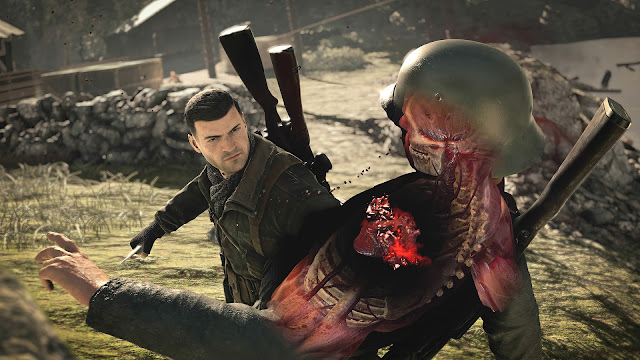 Sniper Elite 4 focuses on a handful of things that it does very well, and the overall experience is one that I enjoyed. This is a more thoughtful, slower burning pace than the typical shooter, though it is punctuated by moments of intense action that stand out more because they are highlights and not a constant drone of gunfire and running. That being said, the series on the whole has room to grow and is probably overdue to put some more effort into its story and perhaps add a few more wrinkles to the overall gameplay as well.