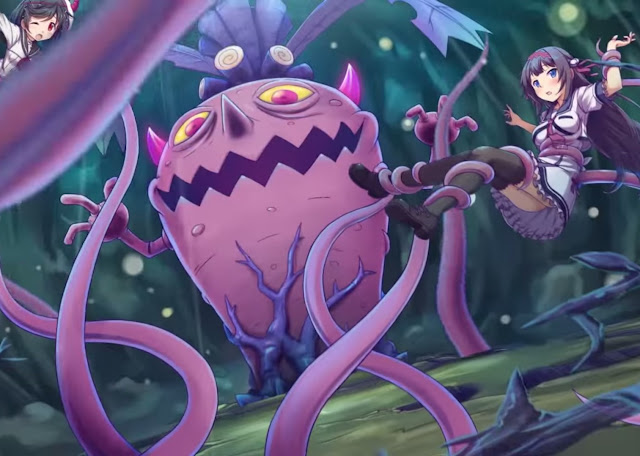 “There’s a huge amount of academic research internationally that tells us what we see in entertainment content does influence our attitudes and values, and from there, our behaviours.”

This is a quote from New Zealand’s Chief Censor, Andrew Jack, in response to the latest controversy around censorship in games in this little corner of the world. New Zealand has banned Gal*Gun: Double Peace, on the grounds of the sexualisation that it depicts. New Zealand doesn’t have a long history in outright banning games; it’s only banned seven games in its history, but the justification for doing so here is galling, and deeply concerning, because it represents an outright dangerous level of subjectivity being brought into the censorship process.

Related reading: On why Gal*Gun is not a ‘pervy anime game.’

Let’s assume for a second that the quote is accurate, and the scientific research that argues that entertainment content does influence our attitudes and values is settled. It’s not actually settled science at all, and there are studies that argue the opposite, but working on a hypothetical basis here: that New Zealand’s censors acknowledge the dangerous impact that games have on people, and then don’t censor an awful lot more than what they do, is deeply concerning.

To be explicit: we live in an era where extreme white nationalism runs rampant, all the way to the presidency of the United States. We have a society that increasingly mistakes “patriotism” for militarism, and gun lobbies have ever more power throughout the world, even as increasing gun violence in the US would suggest that loosening gun ownership laws is not a good idea.

No content that promotes these objectively harmful attitudes are censored, however. Not in Australia, which is far more active in its censorship than New Zealand, and not in New Zealand. In fact, of the seven games that are banned in New Zealand: Manhunt, Manhunt 2, Postal 2, Reservoir Dogs, RapeLay, Gal*Gun and Three Sisters’ Story, not a single one of those games is banned because of their depictions of guns, nationalism, or militarism. Manhunt is violent, but its violence is different; it was banned over concerns about torture. It’s a similar story with Reservoir Dogs or Postal; the concern over violence in those games wasn’t gun-related violence.

And yet, if the censors were genuinely worried about the impact that game content would have on young and impressionable minds, surely content that promotes extreme nationalism or gun violence – games like Call of Duty and Battlefield – is a concern? In fact, when I tweeted the classification body in New Zealand, the NZOFLC, about this, the response I got confirmed that exact thought:

“We are definitely concerned about gun violence – we always take this into account when determining classifications.”

They’re concerned about it. They just won’t do anything about it. Call of Duty or Battlefield 1 are dangerous games, according to the NZOFLC, but not dangerous enough to actually ban. Such games are also in incredibly wide circulation and therefore the impact of them will spread far across the country. Meanwhile, a game that would have sold a couple of hundred copies in New Zealand, at best, and would therefore have very limited society-wide impact, has been banned.

New Zealand – and Australia – share a problem with their respective classification boards; they are driven more by ideology than of any genuine concern to “protect” audiences. Assessment of games is highly subjective; when Andrew Jack was presented with an argument that Gal*Gun was subversive in nature, and therefore could not be promoting sexualisation, his response was:

“Having viewed the game extensively I don’t know that I would necessarily describe that as happening often.”

So, because Jack has a particular “reading” of a game, he’s going to ignore any and all other analysis’ of it (including those by professional and credentialed art critics), and instead assume that his understanding of the game, as an offensive work, is the truth of the game. And it’s here that the problem lies; it’s perfectly fine to be critical of a game like Gal*Gun. It’s perfectly fine, even, to find the game offensive. It should be your right to not play the game if you so choose.

But it should be no one’s right to prescribe their views on a game onto anyone else. Not even the censors. In fact, this rule should apply double to the censors, because a censorship board that makes decisions from a subjective set of criteria becomes a propaganda board. A censor who is deciding, for themselves, that “this game is offensive and therefore should be banned,” as has happened here, is conducting themselves in such a way that they’re the very antithesis of art. Short of an artwork breaking laws unrelated to the art itself (for example; a film depicting an actual murder should not be allowed to exist), then it’s important that art is not censored, because censored art cannot be debated with any degree of authority, and it’s only through those debates that we can define moral and ethical boundaries for art, and indeed ourselves.

I know this is a discussion that has been had before, but it keeps needing to be had because nothing will change otherwise. Censorship should not be left to the subjective tastes of an individual, or small group of individuals. If something should be censored, then the bar to censorship should be set extremely high, and the censors should be able to demonstrate with proof that the artwork is causing harm in society by being present in it.

Fire Emblem Heroes is out on mobile! It’s awesome!