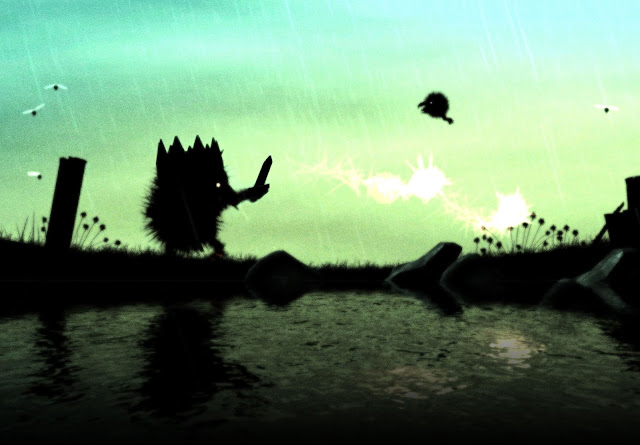 Feist is, bear with me on this one, a near perfect adaptation of Mel Gibson’s Apocalypto. For those not familiar with the movie, Apocalypto is set in ancient Maya, where one individual engages on an epic chase scene with an entire army on his tail for the entire duration of the movie.

In Feist, you play as a little puff of fur running through a dense forest while every other life form attempts to kill it. Both are tense and both aim to find beauty in terror, but Feist’s status as an interactive piece allows the player to really feel the crushing smallness of living in a hostile world. Developers Bits and Beasts have been designing and polishing Feist since before the release of Limbo and Badlands (two platformers also using darkness which Feist draws a lot of comparisons to) and saw release for PC in 2015 before moving to the console market.

If there was a key word which would encapsulate all of Feist’s design, it would be “brutality”. Mind, this isn’t a hyperviolent Hotline Miami, nor is it a hyper-difficult Super Meat Boy. Both those games are brutal, but they offer respite in their interfaces which have predictable mechanics and quick death screens encouraging the player to dust themselves off and try again. They are examples of narrow goal posts; the challenge is great, but possibility beckons towards you. Feist’s goalposts on the other hand move erratically and occasionally flip you off. 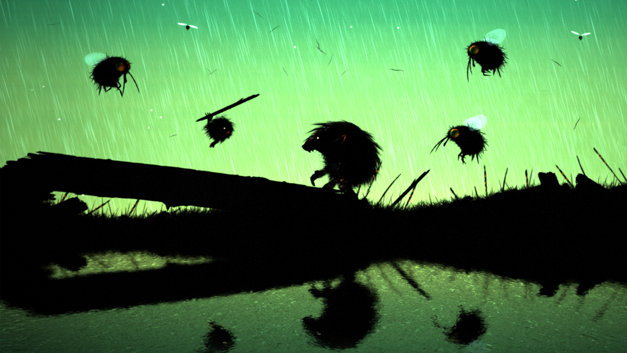 When faced with a gauntlet of stinging insects or an array of barely noticeable arrow traps, there’s no true way to get past the challenge. Each creature has its own little AI patterns depending on how you move, which means every attempt at the level is its own unique challenge and you can’t practice your approach to adversity. Sometimes the giant hedgehog thing accidentally sets off the arrow trap which kills you, sometimes it just mauls you to death. In Feist, you’re constantly improvising and adapting to your situation, so it’s merciful that Bits and Beasts tend to break the levels up into manageable challenges rather than throwing the whole forest at you all at once.

The most grating feature for me was certainly the lingering pause after your character dies, as if the game is forcing you to contemplate your mistake. Should you fall from a tree branch and set off a tripwire you couldn’t even foresee, let alone react to? Contemplate your mistake. A pesky flying creature got the better of you? Contemplate your mistake. Death is plentiful and waiting for respawns is loathsome, especially when checkpoints are never marked and they’re always a little further apart than you think they’ll be. Enjoy tiptoeing past the first obstacle over and over again for a chance to attempt what you’ll really find difficult.

The graphics are also murky and require quick intuition to figure out. Players have the ability to pick up and grab objects to solve small environmental puzzles, or give themselves a slight upper hand against their enemies. Meeting a new creature is always an interesting event because they are so delicately animated and have such vibrant behaviour; if only they weren’t all so bent on killing the protagonist. The sound is very quiet and natural, with some good sound effects and ambience to really immerse the player. 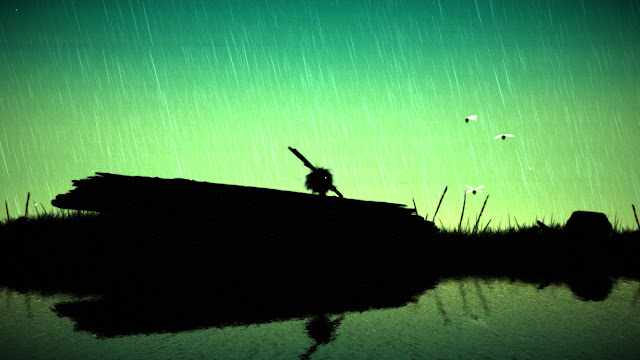 I would’ve been a lot less kind in my review of Feist had I not found that much of these choices were intentional on part of the designers, and that the visual style and platforming mechanics were set into motion long before the indie boom set off by games like Limbo. Players who are more patient with the punishing difficulty will see a genuine attempt at world building through gameplay, and the developers definitely use your constant death as a reminder of your smallness in the world. Successfully completing a level isn’t met with the triumphant celebration of personal skill; rather it’s a testament to a game system modelled after real nature, where a drop of mercy and a puff of good luck was the difference between survival and an untimely end. Once you’ve placed yourself in a thoughtful, contemplative mood, it’s easy to see the beautiful side of Feist hidden behind its jagged exterior.

Despite its short runtime, Feist feels like the video game equivalent of being pushed over and kicked repeatedly without respite. The mechanics are designed so that in many encounters you must die often before figuring out how to escape the jungle’s numerous traps. It’s definitely not my cup of tea and will be an unfamiliar journey for anyone who’s a fan of so called “hardcore” platformers, and yet I don’t see Feist appealing to fans of narrative platformer fans either. Pick this one up if you want something different, but be warned – it’s got barbs.

The DDNet Awards! Xbox One Game of the Year

This week on the Digitally Uploaded podcast: Goichi Suda and fanservice