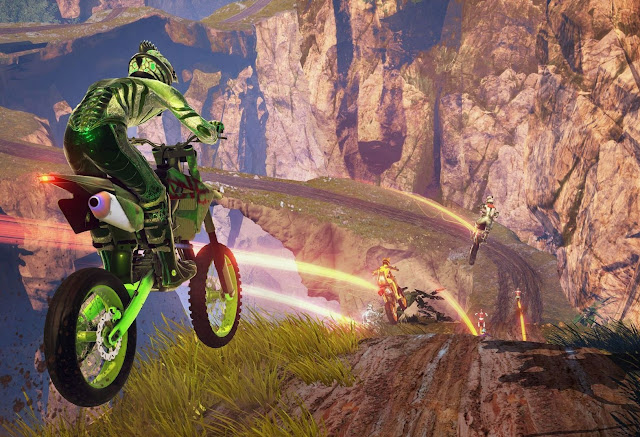 I have long been a fan of motorcycle racing games. They provide a sense of speed and danger that is often lacking in racing games focused on cars. However, in a year that has seen some really great racing titles, Moto Racer 4 sadly falls well short of the competition.

Maybe it is just too soon for me after playing the most recent Forza game. That was what I was attempting to tell myself at first. I was a huge fan of the Moto Racer and Road Rash motorcycle games in years past, and decided to give myself a night off from Moto Racer 4 to see if I would come around to it a couple of days later. Firing it up again, I found myself able to appreciate some of the modes and mechanics such as popping wheelies and the local split screen.

At its best, Moto Racer 4 does a really nice job of creating a sense of speed and competitive play can be a great deal of fun. If you prefer to play by yourself in a career mode, that is an option here, and there are a lot of stages to work through. The ability to upgrade your motorcycle is always a perk, even if the customisation options are fairly simple and lack depth. One of the most interesting aspects to the game is how you choose your difficulty level. Take the first race for example, where your objective is to ‘survive’ for a certain length of time. At one star difficulty, the goal is only about thirty seconds, but at three stars you’re looking at about two minutes. Reaching certain checkpoints grants additional time, which is the norm for this kind of mode. 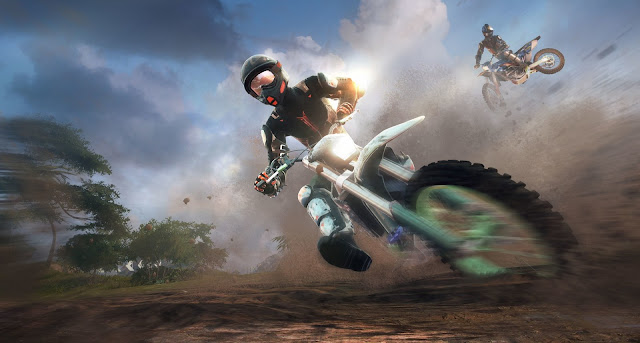 Even though I was new to the game, I nailed the one star difficulty in this race first try. Second star was certainly tighter, but I got it first try as well. That three star goal though took me a handful of tries, and the challenge there is real. I was able to make a few mistakes in the easier levels of difficulty in that mode as well as others, but if you really plan on nailing those three star rating, you will likely need a near-perfect race. That being said, I was not a big fan of how the game penalises you for failure. Instead of keeping my ‘best of’ two star rating, I earned a negative three star for having failed that last trial. It is a rather odd system of track advancement that seems a little convoluted at best and unduly harsh at worst.

Motorcycle games handle differently than racing games focused on vehicles with four wheels. You can lean and make sharper turns, you have less weight so the acceleration is faster and more enjoyable. You are also a good deal more vulnerable. I don’t recommend rubbing sides with another vehicle in Moto Racer 4. You’ll go tumbling, as well you should. All of these elements work to this game’s favour, but the controls are still take a bit of time to get used to. At first I thought it might just be that I have been playing so many different racing games focused on cars of late, but I think the main thing is that Moto Racer 4 is really geared towards arcade racing action over simulation racing. The cycles handle very differently and it takes some time to get comfortable with the controls.

The problem is that Moto Racer 4 doesn’t take too long to show that it’s a shallow experience. I spent most of my races simply popping wheelies on straight stretches of road, for lack of much else fo do, and that got dull quickly. Visually there is some variety in the environments, but no one is going to accuse Moto Racer 4 of being an attractive game. Skylines look nice enough, but the up close and personal environments lack detail. The bikes themselves are adequate enough but in the end Moto Racer 4 just is not an overly attractive game. 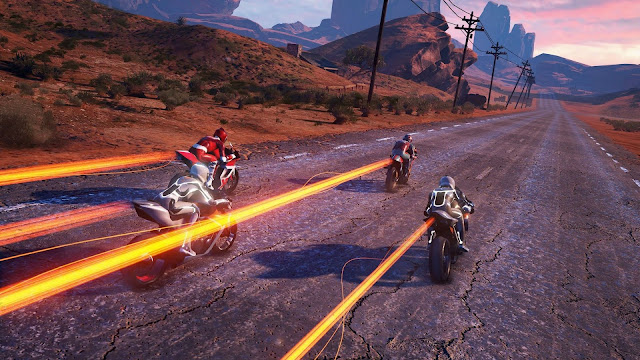 Unfortunately Moto Racer 4’s greatest strength also calls out its biggest problem. This is an arcade style game that is fun with multiple players. Split screen with my son offered a great time despite some of the title”s deficiencies. Online, meanwhile, there just aren’t very many people playing. Matches took a good deal of time to find and start up, and this is with a new release. I have to imagine that the community will only thin out further when newer, better racing games get released.

Moto Racer 4 is not a bad game, but it is a shallow, arcade motorcycle racer. It might be perfectly serviceable, and average racer that is fun enough in short spurts, but it really doesn’t do enough to separate itself from the racing pack in any meaningful or memorable way either.