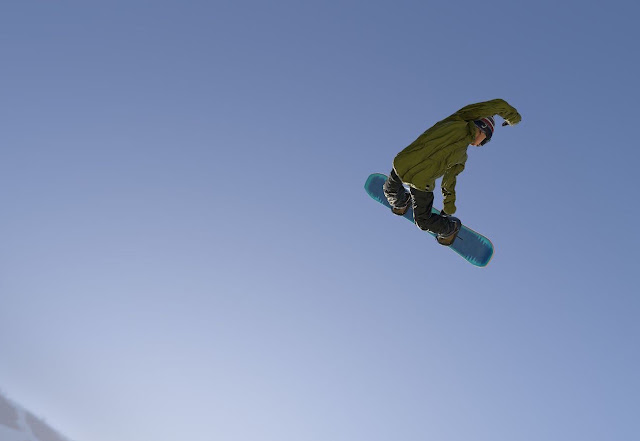 There are some core fundamentals in Mark McMorris Infinite Air that take some getting used to, but the game also takes a lot of time investment to get the most out of what it has to offer. That learning curve, which will probably intimidate newer players, is a serious issue. There is some good fun within the game, later on, I just wish it was more evident in the early going.

To say that things got off to a rough start the first time I played Mark McMorris Infinite Air would be an understatement. Billed in some corners as a spiritual successor to Skate (but on snow), Infinite Air tries to find that fine line between arcade fun and simulation sensibilities. That is often a very challenging line to straddle, especially in extreme sports video games. In truth, I have always preferred the arcade approach to skating and snowboarding titles. My favourite snowboarding series has always been SSX, and while that series was never in and of itself perfect, it was accessible and a lot of fun.

The first and probably most glaring issue is that Infinite Air does not do much to help the player get acclimated to its rules. I am all for tutorials that don’t feel the need to hold your hand, but the physics based engine powering the contextual controls found in Infinite Air definitely take some getting used to, and I found myself wiping out constantly at first, and frustratingly, not really knowing why. You can argue that this lack of early approachability is daunting, but if you are familiar with Skate then you have an idea of what you are getting into here. 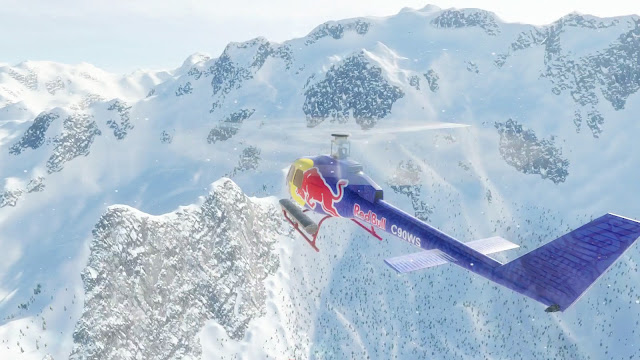 It takes time and patience to learn how to string moves together, from perfecting the launch to properly pitching your snowboarder during the proper window. The early frustrations can give way to some serious satisfaction when you read the terrain right and pull off a particularly challenging string of moves. However, most of the button press combinations do not feel very intuitive, and I found myself repeating the same tricks a bit too often for my liking out of necessity.

The somewhat haphazard tutorial and the finger-knotting controls are but two examples of the little things that have a tendency to hold Mark McMorris Infinite Air back from greatness. Little things like how your snowboarder is positioned after a wipe reset can be a bit awkward (no head of steam, or sometimes just plain old getting stuck on terrain) and force you to restart the entire event due to this behaviour. Another curious design choice is how you have to complete challenges in every race in order to access everything that the campaign has to offer. That sounds good in theory, but in practice with the challenging control scheme, that can leave the player spending too much time repeating the same challenges over and over again.

Moving about the mountain itself in an open-world racing experience is generally enjoyable. I was more focused on simply exploring and seeing what there was than banging my head against specific challenges, and to its credit Mark McMorris Infinite Air really nails the presentation it was going for. There is some odd pop-in from a technical standpoint at times when objects load into view, but the snow and shadows look crisp and there is a genuine sense of speed on some of the game’s steeper, more intense descents. However, the longer you spend on the mountain (especially if you get stuck trying to beat the same challenge multiple times), the more the environment starts to blur and just look the same. 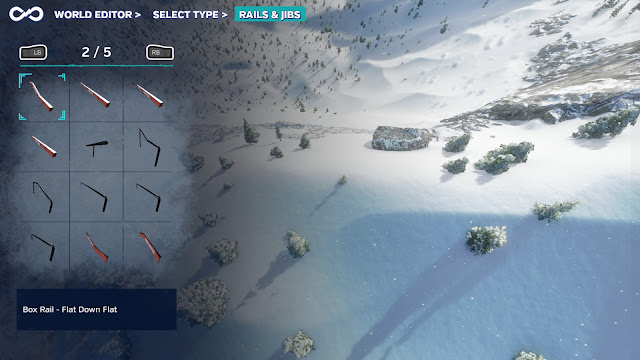 One of the best features found in Infinite Air is the ability to create your own runs. You can fire up randomly generated content or pull in works from others or just create the perfect slope for yourself. The building tools are powerful, and ironically the editor is actually easier to use than the actual act of snowboarding. With a faster, more arcade style game I could see an editor like this being awesome. I actually used the editor as a bit of a breather while I was still trying to learn the game’s mechanics, and that helped me to be better at the game. I thought about the tricks I knew how to do and created a nice, safe, environment for learning them. Once I felt I had those down pat, I then started to put runs together that would give me a chance to explore other, more complicated tricks.

Related reading: Another sports game that makes a big feature of its course creator mode is The Golf Club. You can read Nick’s review of that game here.

In the end, Mark McMorris Infinite Air is not going to appeal to more casual snowboarding fans, and unfortunately I would include myself in that category. If you are looking for a game that you can pick up easily and pull off some crazy looking tricks, you might want to look elsewhere. However, with properly aligned expectations and a willingness to sink some time into learning the game’s mechanics, you can get a lot out of this one. You have to learn to play by the game’s rules when it comes to the controls, but the presentation is solid and the world editor gives Infinite Air an almost infinite amount of replay value if its more simulation based gameplay appeals to you.