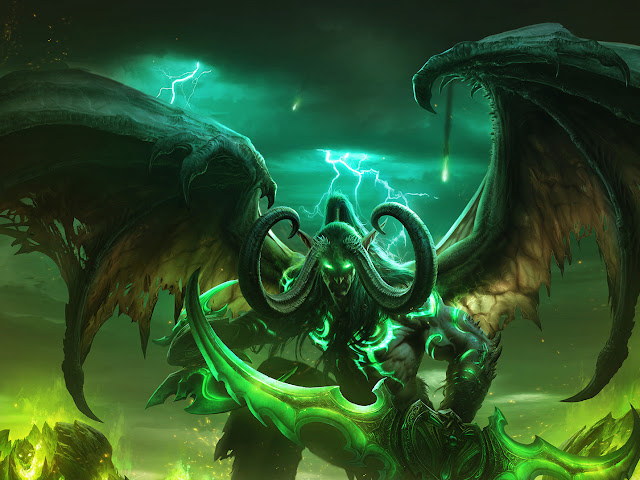 A lot of long-time fans of World of Warcraft felt burned by the last major expansion, Warlords of Draenor. Myself included. That expansion got off to a good start but quickly lost momentum for a number of reasons. Legion has been out for a little while now, and so far it has rectified many of those problems and while it has not been a perfect overall experience, it has been the best expansion since Wrath of the Lich King.

I have been playing World of Warcraft since the beginning, though I admit my attendance drops off and comes back as new expansions and content patches are introduced. It is one of those games that has a way of sucking me in completely, and I have spent an unhealthy portion of my last decade playing it. By and large I am a solo player. I used to get my characters to level sixty in the original vanilla game by myself.

Early on, the expansions really resonated with me, but every since Cataclysm things have been hit and miss. With each expansion the launch seemed more and more riddled with all kinds of problems, but credit where it is due, Legion has been the smoothest expansion launch ever in my experience. That in and of itself is awesome, but those technical hiccups usually only last a few days to a couple of weeks in the past, and when you are playing an MMO like World of Warcraft, those are short-term concerns. What I am usually more interested in is how the game progresses and whether or not it will keep me coming back for more. 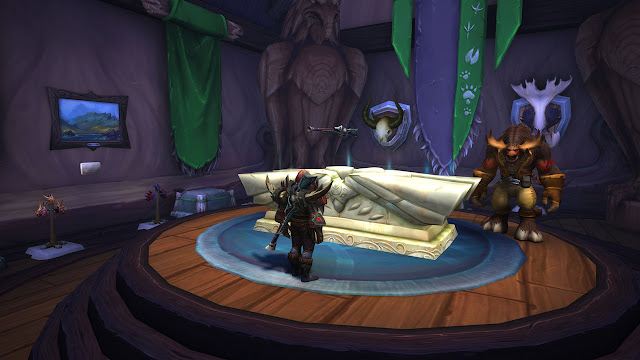 For whatever reason, Warlords of Draenor never quite resonated with me. Early on I enjoyed the expansion, but the content proved shallow and before long I felt as though I was simply going through the motions of grinding, but I really was not all that invested in anything outside of my garrison and even what I did there slowly became something of a hollow experience. The other major misstep for Warlords of Draenor was the fact that Blizzard only did two major content patches. There have been interviews with the team since where they acknowledge that this was a mistake and while we can only speculate whether or not we will get more in the future this time around, the new Legion expansion gives me a lot of hope.

The already shaky relations between the Horde and the Alliance become even less reliable as the Burning Legion promises destruction on a whole new level than before. This foundation is set in place with the typically impressive Blizzard cinematic that sets the stage for a different kind of progression experience than we have been accustomed to in World of Warcraft. Being an MMO, World of Warcraft has never really been able to tailor the gaming world to the player the way a single player experience like Dragon Age can. Wrath of the Lich King did some very cool things with phased zones that certainly made the experience more personal, but there are limits due to the nature of the game. Along the way you might get some unique quests or dialogue based on things like your class, but here Legion ramps that up a lot by introducing an artifact weapon and related skills that continue to make specialised classes more unique.

This is more than some tweaked gameplay mechanics however, as this sense of individuality carries over into the game’s lore and later the Order Halls that take the best aspects of the garrisons (which have a sort of persistent yet upgradeable quality that made them exciting means of progression) but are more of a social experience. The biggest issue with Warlords of Draenor in general and garrisons in particular was that they limited the need to interact with others and damaged the economy which was so reliant on gathering and selling for professions. Now, this might sound odd from someone who prefers to level and generally play alone, because I was able to fully function in this new, more isolated world. However, there was a strange series of ripples that came with Warlords of Draenor that made the world somehow less alive, which could not have been what Blizzard had in mind with that release. 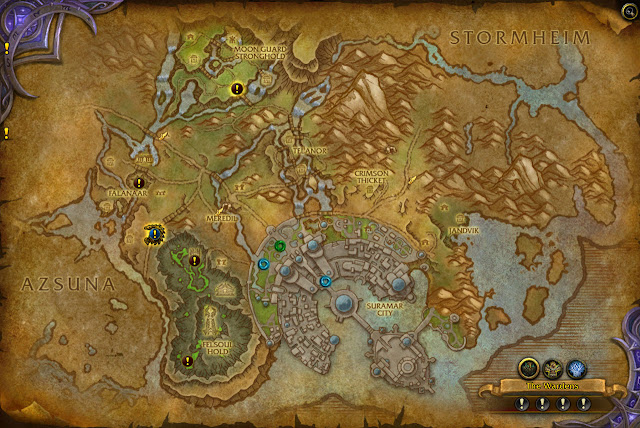 We are back to more group-oriented dungeons later in the game, and while a part of me did actually prefer the more single-player experience of the later game content in Warlords of Draenor, I can freely admit that requiring people to work in teams again is in the best interests of the game’s overall health. This in turn has made Legion more of a living world than World of Warcraft has been in some time. On a technical level, World of Warcraft: Legion looks really good, with some inspired choices in zone design. Certainly the core engine is creaky and really shows its age, but there were still moments of awe where I forgot that I was looking at a game that was first kicked off a decade ago, simply because the culmination of artistic design, outstanding music and that sense of exploration came together to really remind me of why people have been playing this game for so long now.

There are still issues. The economy feels better (but far from perfect) and there is a greater sense of community built around classes and not just home city and faction. That being said, the artifact weapon plays such a huge part in the story and events of Legion that it becomes your weapon throughout the entire experience. The idea that players finally have a chance to wield such powerful weapons of lore certainly has some appeal and makes the experience a more personal one than World of Warcraft has generally been able to provide in the past, and you still upgrade armour along the way, but a key part of the World of Warcraft progression experience comes from finding/making new weapons and that is now gone. Also, while it sounds good on paper that you have this amazing, legendary weapon, if you think about it so does everyone else who is the same specialisation, and that makes it significantly less special in the end.

Legion also manages to reignite my sense of exploration again. While reaching maximum level is not terribly difficult, the progression curve is smoother than the last couple of expansions, with quests that are more organic to the areas and storyline than we saw in Warlords of Draenor. Additionally the end game content already appears to be better planned out than what we saw in the last two expansions. I also love the idea that Blizzard has some pretty cool surprises in store for us. While I have not had a chance to experience this one for myself, news began to circulate the other day about a group of adventurers who on one server were looking for a rare mount and instead – Oops! – unlocked a massive world boss named Kosumoth. Seriously, you can read all about it here on Reddit, but as someone who used to ride through the northern mountain pass in Duskwood back in the vanilla days just to see if a World Dragon had popped out to play, things like this have always tickled my imagination and kept me coming back to World of Warcraft in a way no other game in the last decade has. 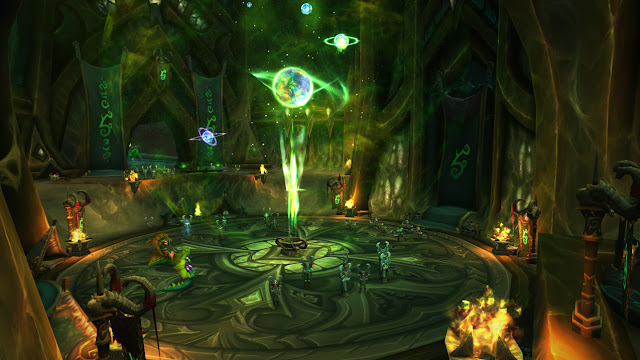 It has been a few years since World of Warcraft has rekindled that magic that had me logging in every night, rotating between my different characters and doing my best to maximise each of the available professions, but so far Legion has once again helped me to find that spark. Time will tell if Blizzard has truly stepped up its game on the content patches and release frequency, but they have been very communicative thus far and released the smoothest expansion in history to kick things off. All signs point towards this being the most successful World of Warcraft expansion in years, which might just be what the franchise needed.