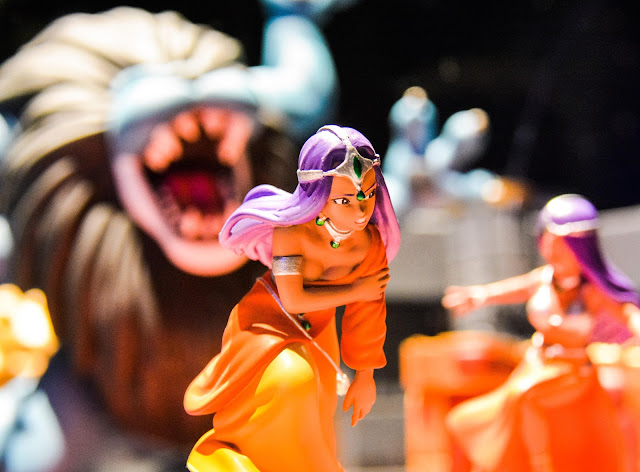 Here we go. My first “real” day in Japan, and I decided to spend it visiting museums and galleries. But not in the way you might expect. This is serious otaku stuff I was getting up to; I went to an exhibition celebrating 30 years of Dragon Quest, and another celebrating Studio Ghibli.

I’m sure you’ve heard this before, but the Japanese love their Dragon Quest. You could easily argue that this franchise is more valuable to Square Enix in Japan than the mighty Final Fantasy itself. So it comes as no surprise that Square Enix would do something to celebrate the 30 year anniversary from the point the first game was launched in its homeland. 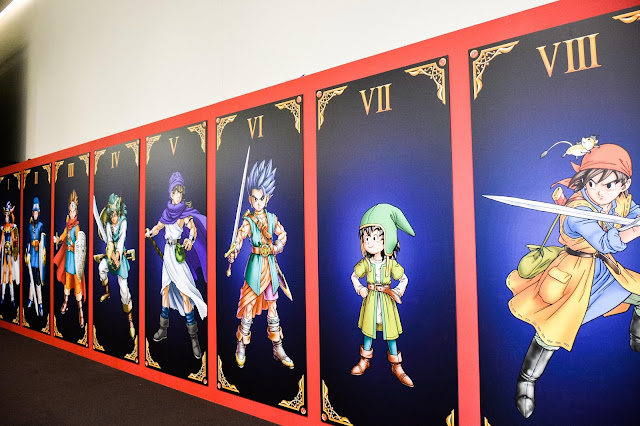 This was a limited time exhibition, sadly, and serves as a good lesson to learn about Japan; research what is going on while you’re there thoroughly. There is every chance that there will be events on that appeal to your interest and hobbies, because there are endless temporary exhibits, cafes, and events being set up, but they will often be blink-and-you-miss-them in nature, running for a month or so before being pulled down. You’ll often be better off booking the tickets ahead of time, too, because crowd sizes might be limited, so a month or two before your trip, check in to what is going on around your areas of interest.

The Dragon Quest museum first; it was absolutely spectacular. A true celebration of the underlying creative drive behind the series, the exhibition was split into four areas, each absolutely glorious in their own way. Sadly there was a “no photography” rule through most of the exhibition (and this applies to most museums and art galleries in general), but I was able to get a couple of good ones where I was allowed to. 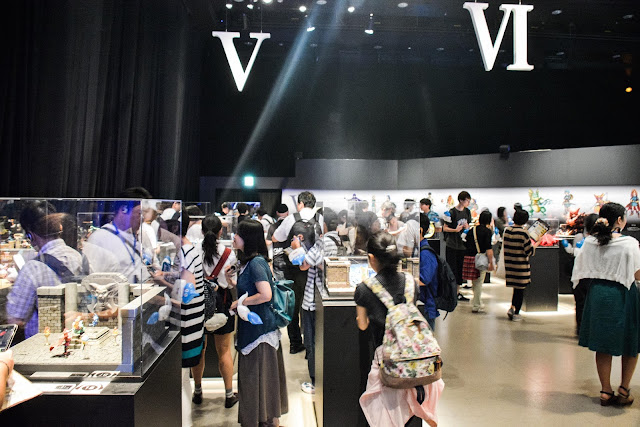 The first area I wandered through showed off a series of oil-on-canvas paintings that represented concept art for those games. On the wall underneath these paintings were screenshots of the same scene as players experienced it. It has always been fascinating to me to understand how concept art is turned into in-game works, but by wandering through this section of the exhibition, I was able to get a real sense of the imagination that goes into the development of these games.

Those white tiles that represent snow in the original Dragon Quest games are, in face, massive, harsh, mountainous vistas with jagged rocks and a castle destination in the far distance. It’s almost a pity that games today can render such detailed worlds, because the original Dragon Quest games can be as inspiring to the imagination as good books precisely because the graphical power of the NES was so limited. 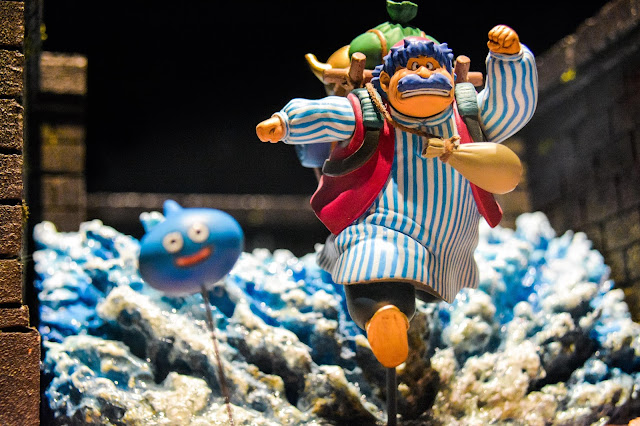 The second area offered a series of dioramas that depicted scenes from Dragon Quest IV through VI. These were incredible, with detailed figurines and scenes designed in such a way to capture the maximum drama and heroism. This was one of the few areas through the exhibition that allowed for photography, and that’s why you’re seeing photos of this area through this article.

The third section reflected Dragon Quest VII through X, and was largely a sequence of interactive features that allowed you to place yourself in the world of Dragon Quest, or, in the case of Dragon Quest X, the MMO, watching streams of other people playing. Why is that game not in English yet? That game should be in English. 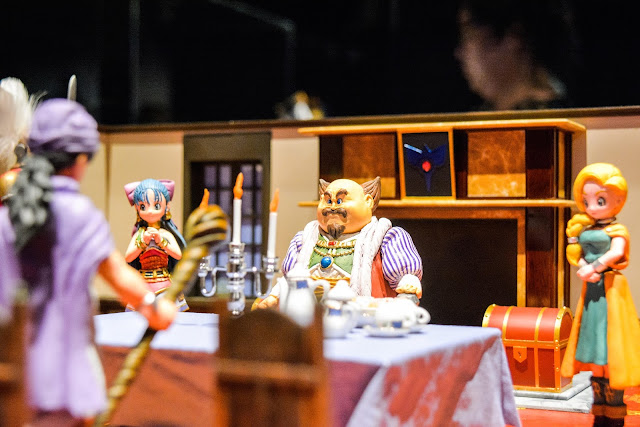 The final section was a series of documents from the creators looking at how the early games were made. This was the most interesting exhibition of all. For example, I did not know that the designers of the game initially mapped out everything on grid paper. Every town and dungeon looked like something from a Dungeons & Dragons campaign, and had little diagrams representing people and showing how they would move about the place. This was enough to inspire me to buy myself a grid paper book and start on an RPG Maker project again. Who knows, I might finish it this time? There was also pages with which dialogue trees are mapped out, and handwritten musical scores that give you an idea for how Koichi Sugiyama, the series’ composer, worked. He made a lot of mistakes. It’s good to know that these people are human.

After all that there was a café that, in typical Japan style, sold food themed after Dragon Quest. I’ll never get enough of the themed cafes; I spent a lot of my lunches in them last year as well. This one had a Heal Slime-shaped pancake, so naturally I went with that. 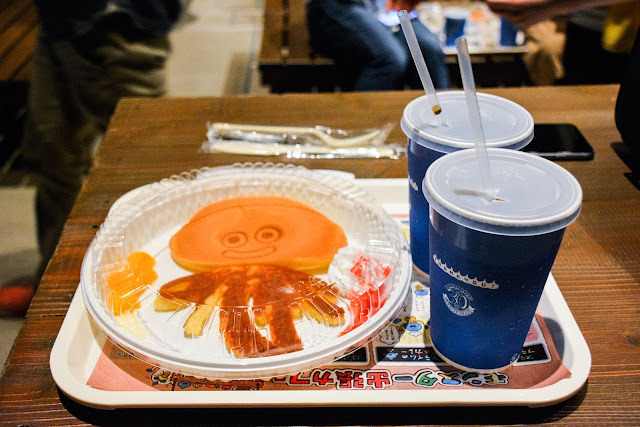 From there, it was off to the Ghibli exhibition, which is not to be confused with the museum, which is a permanent fixture, and something I had visited years ago (in Japan there’s too much to do, so it’s rare that I’ll go back somewhere twice). This exhibition took place in what has to be one of the most beautiful art gallery spaces in the world; at the top of a 52-floor tower in Roppongi. So, not only do you get to see the art, but you also get the most spectacular views of Tokyo city in the background.

Again, unfortunately, no photography for the most part, but this exhibition was fascinatingly focused; it was all about the promotional material that was generated for the Ghibli films; so, film posters, newspaper ads, and so on. Ghibli films are so complex, and often so emotional, that it is really interesting to see how the promotional material for those films is constructed for each unique market that the films are brought to; a different emphasis on characters, or situations, can create an entirely different impression on what the film is about.

This exhibition was crowded as all heck – now I understand why there is a strict limit to the number of tickets that are sold for each day at the Ghibli museum proper, but despite missing some bits where the crowds were simply too large to bother, finishing up the day with some gorgeous sunset views and a massive diorama recreating the Laputa airship was certainly something special.