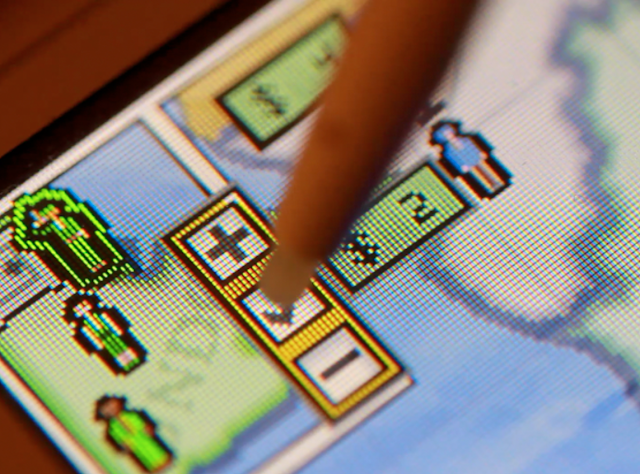 You’ve probably never played Diamond Trust of London. In fact, if you’ve even heard of it, you’re doing well for yourself. Developed by Jason Rohrer, it is a Nintendo DS exclusive board game that had almost no media attention and just scraped through on its Kickstarter goal by the skin of its teeth.

But it’s still available, region-free, and the 3DS consoles are backwards compatible. If you have a DS or 3DS, then import this game, because it is one of the smartest board game you will ever play, featuring both sharp social commentary and a substantial enough representation of economics and game theory that you could use this game as a subject of study in university (it’s also fun too, but that goes without saying).

Related reading: If you’re keen on this game, you can pick it up directly from Jason Rohrer for the Nintendo DS.

The game itself is, on a basic level, quite simple. There are two cities/nations (London – England and Antwerp – Belgium) that are competing over diamonds from the mineral-rich nation, Algola. To do so, they both send representatives (both sides have three) to any of six regions in the country to bid on the diamonds that that region has produced. The winning bid takes the diamonds, and can then sell them back home for additional money to spend on acquiring more diamonds. The winner is the one with the most diamonds at the end.

But there are catches to that, and that’s where the game gets interesting.

Firstly, it’s possible to bribe the other nation’s agents to have them turn informer. When you give an enemy agent more money than their nation has paid them in wages, the agent will then be “bought,” and will from then onwards highlight each of their actions that the player has directed them to take ahead of time. That means you’ll know which region of Angola an agent is going, and how much he/she will bid on diamonds ahead of time. The benefit to you – in theory – is that you can use that information to reduce potential wastage in overbidding the other side for diamonds.

Or potentially not. The other side knows when their agent has been bought off, and can adjust their actions after the agent projects those actions to the other side. So a delicate mind game starts where each side tries to get the other guessing to their actions through the projected actions of their bought agents, while also trying to keep a couple of agents unbought in order to spring surprise movements as well.

Finally, there’s the sale of diamonds themselves. At the end of each turn, you’re given the ability to sell diamonds to each some cash to use in the next turn. Selling no diamonds nets a guaranteed $18. If you sell diamonds and your opponent doesn’t sell any, you’ll get the maximum of $24 – and a significant advantage over your opponent. However, if you both sell diamonds, that $24 is split based on the number of diamonds sold. If both players sell one diamond, then both get just $12. If one sells two, and the other sells one, the one that sells two diamonds gets $16, while the one that sells one gets $8, and so on. 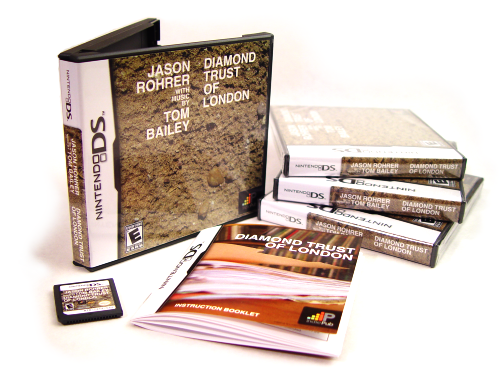 Game theory – the economic theory that predicts economic impact based on human behaviour, is present in Diamond Trust of London on numerous levels, but most overtly it is in this diamond selling system. If you’ve got diamonds to sell, but your opponents do not, the equation is simple; take advantage of the monopoly to feed more money into your coffers. But more frequently both yourself and your opponent will have diamonds to sell, and that’s where the game theory kicks in; if you don’t sell any diamonds, you’ll earn $18. But if your opponent sells even one diamond then, he/ she will have more money than you, and in this game $6 is a massive advantage.

But, unless you outsell your opponent by more than two diamonds (so, 3-1), you’ll both earn less than if you sold no diamonds at all. Common sense might suggest that the best outcome would be for you to collaborate with your opponent and sell one diamond each, thus levelling the playing field for the next round. But there is no avenue to collaborate in Diamond Trust of London, and indeed it’s a game with a win and a lose state, so you are always – always – going to be pushing to try and sell more diamonds than your opponent.

This leads to a lot of waste, and diamonds being sold for much less than they’re worth – leaving you at the end of the game with a winner, but nowhere near as much to show for it as you might have if you were operating outside of a competitive, capitalist environment. This is an accurate model of economic game theory, abstracted down to a thought experiment hiding within a game. Social commentary and lesson number #1.

There’s a moral debate that plays of game theory principles, of course, and whether this near in-built behavioural pattern in humans is one that leads us to conflict and mutual destruction. But Rohrer layers that with some very meaningful additional commentary which leaves Diamond Trust of London a highly effective critique of modern imperialism and the exploitation of the emerging world by the west. 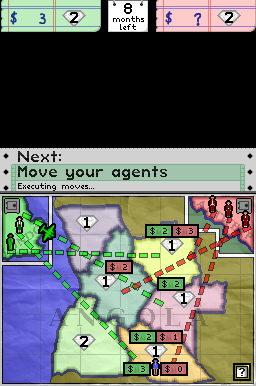 In the real world, Angola is one of the world’s forefront sources of conflict diamonds; diamonds that are sold into the west in order to finance militias and factional or civil wars. They are a very real problem, and ethically, morally, and legally speaking, people are not meant to be trading in these diamonds. But it happens, a lot.

In Diamond Trust of London, the UN inspector represents international attempts to curtail the conflict diamond trade. Almost instantly after the game starts, however, the most important tactic in the game is to bribe the UN inspector enough to take control of it, and weaponise it to “steal” your opponents diamonds, while leaving you to exploit the natural resources to your heart’s content.

Rohrer makes a powerful point indeed in gamifying corruption, and effectively forcing players to participate in truly sinister activities in order to “beat” the other side. There’s no way to realistically win without taking control of the UN inspector for at least a few turns – something that even the lowest AI setting (of 99 or so difficulty levels) understands. And you’re doing this to further the wealth of your home country; if you think on return of investments here, at most you’re likely to bid $6-$7 dollars on a pile of diamonds. Each one of those has a potential value of $24 back home. You never see the impact that your exploitation and corruption is having on the local country, but anyone switched on to Angola’s history and current social and political challenges will be well aware of what Rohrer is doing here in highlighting exploitation, corruption, and the meaning behind those diamonds.

Diamond Trust of London is something of a rarity of a board game here, as a result; many board games out there simply simulate the unpleasant historical experience that they’re based on. The quite brilliant Puerto Rico, for example, represents slaves as little brown-coloured pieces that you “earn” through play and can put to work in harvesting your community’s plantations. The game simply calls these “colonists,” and makes no reference to the lifestyle that these “colonists” experienced. 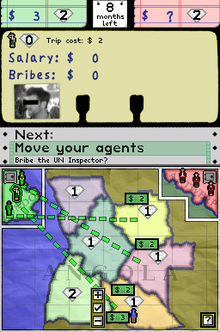 Diamond Trust of London is, however, very aware of what it is representing, and makes no effort to hide it. The game leaves the emotional and intellectual response to the player, but, while it’s clear that the winner will be the one who can play the more ruthlessly and unethically, there’s no indication that this victory is meant to be celebrated – there’s a single box that pops up at the end of the game declaring which player won. Every other digital board game I’ve ever played at least transitions to a victor’s screen to give the winning player something to gloat over.

In playing Diamond Trust of London I am reminded of a conversation that I had with Brenda Romero some years back about her own work in board games. Perhaps best known in video gaming circles for her work on the Wizardry series, and later the advocacy she’s done with various associations, Romero has also built a number of board games that are not designed as commercial projects, but rather to represent key, tragic, moments of history. Her game, Train, for example, reflects the journey to concentration camps that the Jewish people were forced to take in World War II (incidentally, Rohrer himself is given a “thanks” credit on Romero’s website for Train: http://www.blromero.com/train/)

Romero’s games aren’t designed to be sold – only one copy of Train exists. Romero built these to show how a medium typically associated with a kind of entertainment that we don’t really think about as we play – the board game – can tackle serious topics. Generally when you play a board game you’ve got friends over and the beers out. Were you to play a Romero game you’d – one hopes – find yourself sobered and reflective of what you were witnessing unfold in front of you. You might even find yourself a emotional about it. That’s what Romero wants people to feel about her games.

Diamond Trust of Londen is similar to that for me. It’s an absolutely brilliant game to play, and again I highly recommend that anyone who has the means to play it pick themselves up a copy. You won’t find a more interesting game mechanically or strategically. But, as you’re playing, I would hope you find yourself sobered a little at the social commentary and reflection that the game invites us to participate in with it.