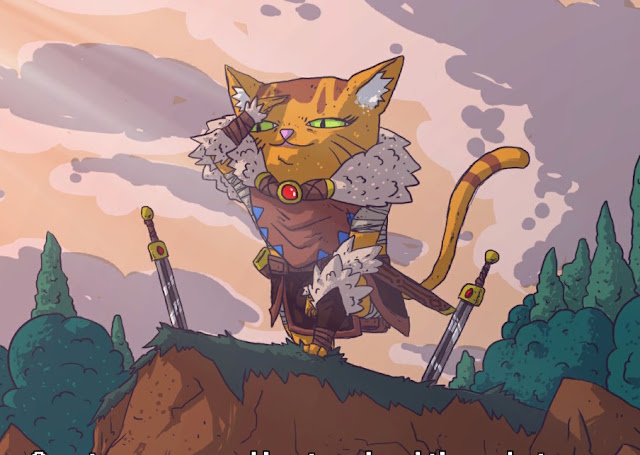 There are a couple of things you should know about me: I love Metroidvanias, I love cats, and I love games with women as heroes. As a Metroidvania with an anthropomorphic cat lady hero, Hunter’s Legacy felt like a game made for yours truly, so it’s with a heavy heart that I say I found it more frustrating than anything else.

Related reading: For artsy Metroidvania-like games, you can’t really do past Ori and the Blind Forest. Sam’s full review.

When a powerful artifact belonging to the catlike Un’Amak people is stolen by an evil wizard, it’s up to the huntress Ikki to stop him, sending her on a journey across the land. It’s a simple premise, reminiscent of the “that guy’s bad, go get ‘im!” plotlines of old, but it’s a timeless and suitable framework for an adventure of this sort. That’s really all you need in a Metroidvania; some reason to travel the world, explore every corner of the map, and fight your way through the threats and hazards you encounter along the way.

Initially, Hunter’s Legacy achieves this admirably. Though the maps are compartmentalised (it’s more like Dust: An Elysian Tale than a single-map game like Metroid), they’re large and intricate. There’s plenty of room to explore and just enough not-yet-accessible points of interest to make you look forward to returning later. A few simple enemies are easily dealt with, health drops are plentiful, and soon enough you have your first upgrade: a bow that can shoot distant switches, and can be charged up to destroy certain obstacles too tough for your swords. 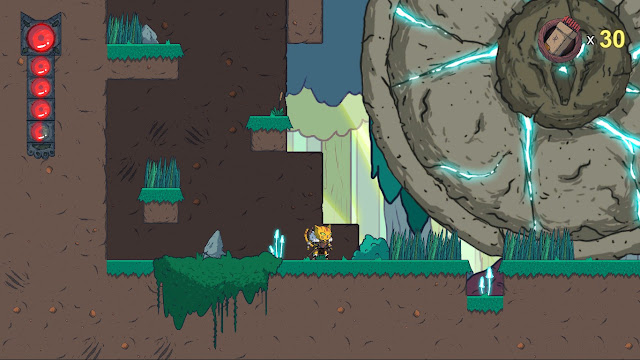 However, the frustrations of the combat design soon become apparent when enemies that do more than just stand there waiting to get start to show up. When you hit an enemy, they won’t flinch – they’ll take damage, certainly, and the visual effects make that clear, but they’ll keep trucking along, doing what they do. Combine this with relatively short range on your melee weapons, and you’re trading hits more than you’re landing anything cleanly. As enemy attacks become more dangerous, this problem becomes even more apparent. A dodge roll can help your mobility a little bit, but it doesn’t travel very far and has no invincibility on it whatsoever, making it more or less useless for actually avoiding attacks.

So, fighting enemies is frustrating, but you get little from it. There’s no experience system to speak of, so no cumulative benefit for racking up your kill count. If you’re lucky, a foe might drop a health-restoring fish, but it’ll recover far less than what you’ve likely spent trying to kill the damn thing. Avoiding combat altogether soon became the prime strategy for me, but even that has limited practicality because foes are great at interfering with your platforming and generally being a nuisance. Killing them is tiresome, but not doing so is even worse.

It’s a real shame because aside from the enemies themselves, the level design in Hunter’s Legacy is great. A lot of it will be familiar to anyone who’s ever played a 2D platformer, but there are some really neat, original ideas at play, too. One of my favourite areas is the Snowy Volcano, in which you need to manage Ikki’s temperature to pass safely. Standing on a block of ice or in a snowfall chill’s her down, while standing in lava or steam warms her up. Too much of either and she’ll start to take damage, but you can use the effects of one to negate the other. A long run of lava that would normally prove fatal becomes passable if you cool yourself to almost freezing first. 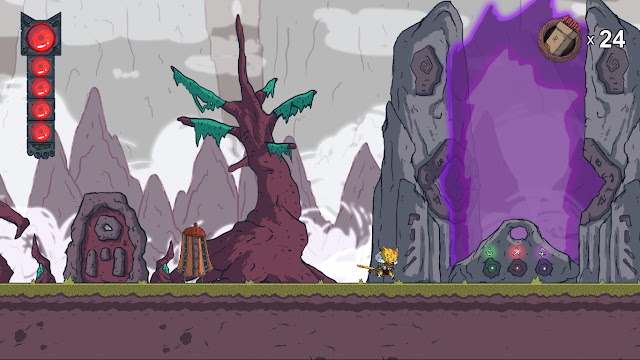 Other areas have their own unique little quirks – gusts of wind, plants that shoot bubbles that Ikki can ride, and so on – but the frustration of combat regularly turns great level design into something trying and tedious. It got to the point where I gave up any notion of exploration, and just focused on getting to the end of each section as quickly as possible, as if I was playing Mega Man. That isn’t something you want in what should be an exploration-driven game.

Bosses are perhaps the most frustrating of all. They certainly look the part – strange, outlandish beasts that wouldn’t be at all out of place in a Castlevania or Metroid game – but the design issues with combat are just put in the spotlight. I don’t think there’s a single boss in the game that I beat fairly, except maybe the very first one. For all the others, I simply got lucky, or found some way exploit them and won that. I could see exactly what I was supposed to do, but due to the aforementioned problems, actually doing it proved too haphazard and usually just got me killed.

It’s frustrating because, again, there are some really intriguing ideas at work that should make for really exciting encounters. One boss is a giant beetle-like thing that’s only vulnerable when it’s on its back, so you need to wait for it to go up to the ceiling, catch a floating dandelion, then shoot the beetle down. This should be a fascinating fight, but the random timing and location of dandelions mean those that can actually get you into an advantageous position are rare, and even then, you’ll probably get knocked off by another little monster summoned by the boss. It turns into a game of aimlessly running around, catching any dandelion you can in the hopes that maybe, just maybe, it’ll get you somewhere useful. All the other bosses follow a similar pattern of great ideas held back by poor execution. 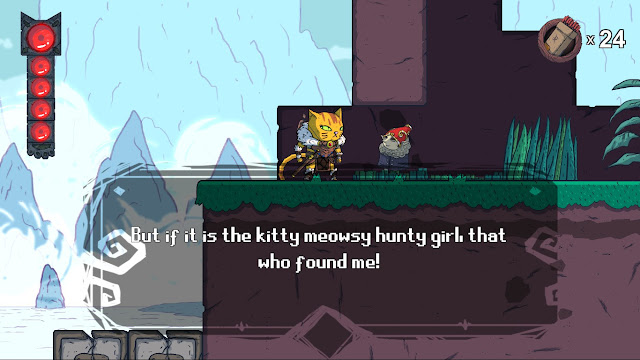 Related reading: For fans of the genre, all the Shantae games are also essential. Our full review of Risky’s Revenge.

There’s one area where Hunter’s Legacy does really shine, though, and that’s in its presentation. The environments and enemies are all pretty simple and straightforward, but the sprite art gives everything a sense of life and vibrancy. Instead of taking the severely well-trodden path of “retro” pixel graphics, Hunter’s Legacy simply takes the beauty of 2D game art and runs with it. It’s admittedly rough around the edges; it’s an indie game that doesn’t have the pristine finish of better-funded 2D games, but that just adds to its charm, in my view.

Whether that’s enough to make Hunter’s Legacy a game worth your time, well that’s something you’ll have to figure out. It’s a beautiful game, and one that has a lot of great ideas, but the execution of them has resulted in a game that’s more frustrating than anything else.

Retro Reflections: Civilization 2 made me realise that games are art