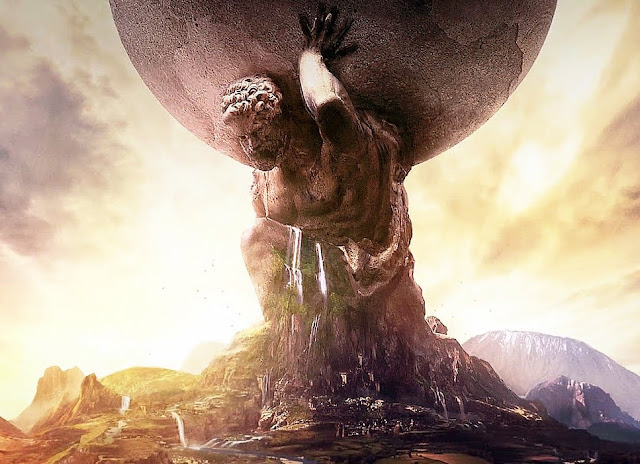 The release of a new Civilization game is always cause to get excited. Without a doubt the most popular and enduring example of 4X strategy, 2K’s Civilization series is now hitting its 25th anniversary, and the upcoming game, to release in October, is promising some big things

Building on the existing foundations of the Civilization series, the sixth edition also adds additional complexity with which military units can be formed (for example, it’s now possible to combine infantry with anti-tank support), and diplomacy will also evolve over the ages; at the start of the game (which is set well into the BC era of civilisation), interactions will be simple, and likely lead to war, but as the civilisation matures it will be able to form more complex alliances and conduct a greater range of negotiations.

For Sarah Darney, the associate producer on the game, the most important new feature will be the expanded city planning features. Previous Civilization games had abstracted city planning that meant, in practice, a series of menus. But this time around you’ll need to place buildings around manually. And this, in turn, opens up strategic opportunities when attacking rival cities in giving your armies the opportunity to cripple the city by knocking out its critical infrastructure first.

“It adds a lot of strategic layers to the game,” Darney said. “In addition to the city planning, it changes the battlefield as well. If you were at war with someone you can hit them hard by destroying the districts around them.

“It has made the map incredibly important to the experience. Every time you’re faced with different terrain affecting how you can build up your city, and so each city will feel different to develop.” 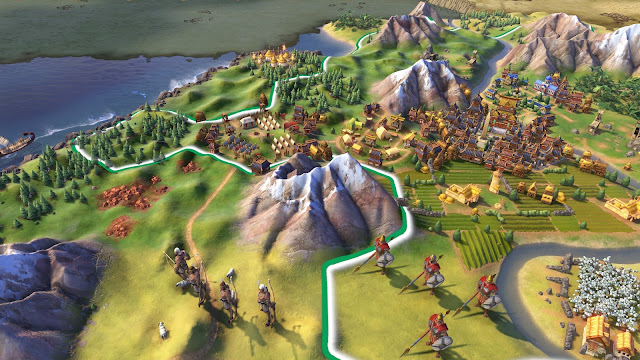 On the historical value of Civilization

As I mentioned in my recent piece on Civilization 2, one of the things that really drew me to the series was the way that it represented history. Young me was really inspired to go out and learn about ancient cultures based on what I saw and played with that game.

And I must admit that more recent Civilization games have left me a little cold in that regard. For example, the ability to build wonders enraptured me in Civilization 2 because you were treated to a video clip introducing the wonder every time you built one. And, because of that, I began to feel that these wonders were more like a series of narrow statistics; you would get powerful benefits building a wonder in Civilization 2, but in later games in the series if felt like there was no other reason to build one, other than for the in-game benefits that it provided, and this disappointed me.

According to Darney, there has been a renewed interest in the development team to have Civilization work as powerfully as an introduction to key moments in history as it is a game.

“We have brought the wonder movies back in Civilization 6,” Darney said. “In addition to that. I’m an architecture nerd, and like seeing the way these things are built. The effort that has gone into making each city look authentic is significant.

“I believe that we are producing a history game, and you can learn a lot about these leaders, cultures, and what the contributed to world history. They all have the interesting stories to tell.”

The development team have a well-stocked library of history books, which are in heavy rotation as they research just what should be in the game, Darney said. Each civilisation is lead by one of that people’s great people, for example, and it took some significant research at times in order to find appropriate leaders. For example, many older cultures were quite misogynistic, and finding great female leaders to represent these cultures was a challenging.

“Yes, it is challenging,” Darney said. “Ancient history was very male orientated, and we had to do a lot of digging to find these big female personalities. I think we were able to come up with some really great choices.

“For example, quite a few people might have been surprised that we picked Catherine de’ Medici to head the French civilisation. We wanted a character that supported players who wanted to play an espionage-heavy game, and as she is known as the ‘mother of espionage’ in France, she was perfect for that style of gameplay.

“If you could see the library of history books we have floating around the office, you’d see that there’s a lot that goes into it,” Darney laughed. “Everyone on the team has a passion for history.” 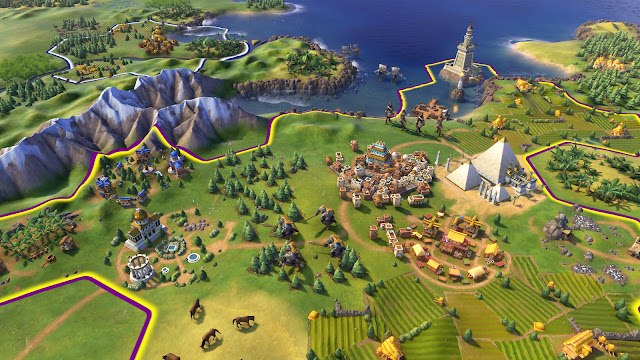 Being competitive after 25 years

Civilization VI does have a tough task ahead of it. When Civilization 2 was king, there were relatively few strategy games that had its kind of scale and ambition. Now, however, there’s a glut of them, with the likes of Paradox Interactive, Koei Tecmo, and independent developers all putting their spin on the 4X formula.

So, what does Darney believe will help it remain relevant and have an edge in the modern environment? It’s the accessibility of the UI and systems that help the game to be a “gateway drug” to the 4X genre, while also offering more veteran players depth that mean Civilization VI will be have its own audience within that market, she said.

“One of the beautiful things is that there are so many different ways to approach playing it, and so many different players will have a sense of fun,” Darney said. “It’s really important that we make things intuitive so people can have fun in their own way.”

Review: I Am Setsuna (Sony PlayStation 4)