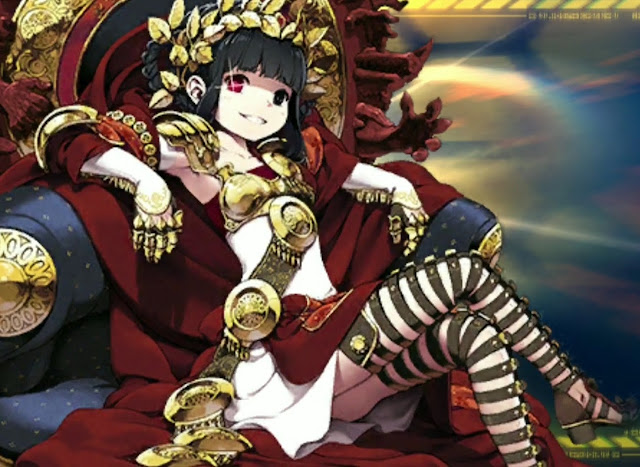 There are a bunch of really good looking games that have been shown off at E3 this year that missed out on getting a showing in Sony’s show. But Sony has been busy promoting the games through other means, and we felt that it would be a good idea to highlight some of our favourites as well.

Coming to us from IO studio, this is a card battle RPG with “a vast sea of stories that span multiple dimensions.” The game is priding itself on its card illustrations, and will launch under an early access system in the US and Canada in July. This is a game that I recommend people who are fans of their anime girls check out really, really closely. Really closely.

Another collectible game, Pox Nora also has tactics strategy built into it. It’s been around for a while now, and the size and scale of this game is massive – over 1500 champions to call to battle, over 500 spells, and 400 pieces of equipment. While the obvious focus on this one will be the multiplayer battles, there’s also plenty of single player skirmishes to enjoy. This one will also be getting a release on the PlayStation Vita… and for our mind we can’t think of a better game to have with us for gaming on the go.

Claiming to be inspired by the likes of Baldur’s Gate, Dragon Age and Transistor, Masquerada has some serious talent behind it, with Felicia Day, Matthew Mercer and Jennifer Hale lending their voice talents to it. This game comes with everything traditional RPG fans like, with a top-down isometric view, pausable real-time combat, and plenty of skills to unlock and master. The developer of this game, Witching Hour Studios, is based in Singapore, and I saw the game in action at TGS last year. That it’s now coming to PS4 is exciting stuff.

Hue’s on our little list, because it is just so incredibly gorgeous. Puzzle platformers are a dime a dozen, but rarely have they been this distinctive. In Hue you have the ability to manipulate colour itself to find pathways through levels and avoid threats. It’s rare that a game makes colour a core gameplay mechanic, so we’re hoping this one manages to pull it off.

Coming to us courtesy of visual novel specialist, Sekai Project, Fault Milestone One follows the story of Selphine, a princess, and Rintona, her guardian. Under attack from enemy forces they somehow find themselves teleported to an unknown forest which feels… wrong. This game is even getting a limited physical run, thanks to the involvement of Limited Run Games and Mighty Rabbit Studios. It will be available on both PS4 and Vita, and since we’re always up for a visual novel, this one has us quite excited indeed.