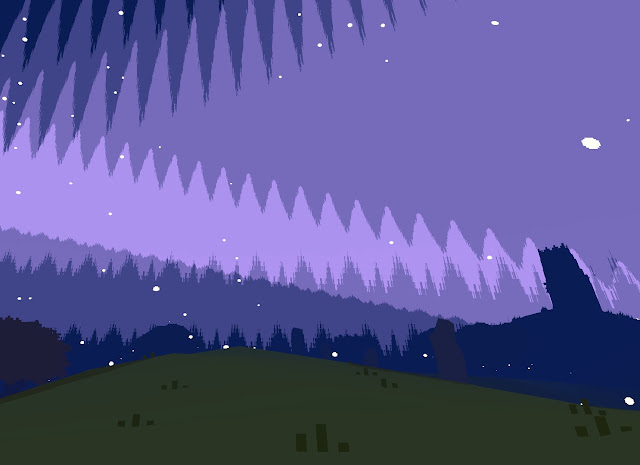 To date we’ve seen a lot of these ‘walking simulators’ focus in on a narrative experience. From Everybody’s Gone to the Rapture through Layers of Fear, Dear Esther and Gone Home, the primary goal of the developer has typically been to pass a specific story on to the player. If they end up derided as ‘non-games’, it’s because the experience of them, in the eyes of many, is closer to that of reading a book (as though reading a book is some kind of punishment), in which your own role as the player is largely passive; you’re the recipient of a linear experience as directed by the developer.

I’m not going to get into that debate here, but irrespective of where you stand on these kinds of games, there’s one particularly interesting example of this “walking simulator” genre that deserves attention: Proteus. It’s worth taking a look at because Proteus isn’t about the narrative at all. There’s an element of player-driven experiential narrative based on how you go about exploring one of Proteus’ randomly-generated islands, of course (which applies to every non-game from Tetris through Minecraft anyway), and as no two experiences being the same, the journey itself becomes a narrative. In that way it’s a game with a narrative that’s deeply personal to the individual, but that’s not the focus of Proteus at all.

Instead, Proteus is a walking simulator all about non-physical interaction. It is, as far as I can think, the only game that is so heavily interactive without requiring the player’s avatar to touch a thing. In this game, as you approach objects you’ll start to hear them resonate sound, and each object has a different noise to make. Walk into a forest of trees and a cacophony of noise from the trees will fill your ears from every direction. That’s quite a pleasant sound, especially if you highlight it with little “spring” notes by chasing a little rabbit through the forest; you can never catch him, but every little hop he makes as you move close punctures the serenity of the forest with delightful little chirps. 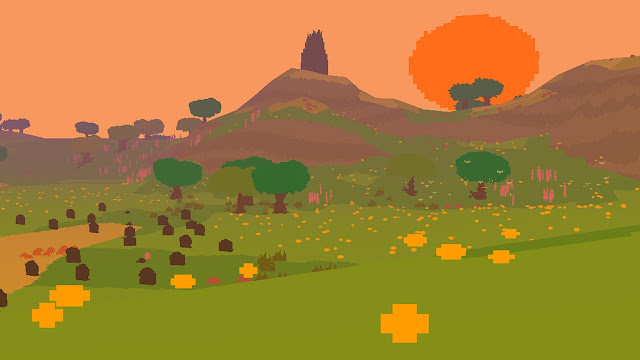 Moving back into the open, you might see a black object on top a less-forested hill. This object looks vaguely like a house, but no one’s at home, and you can’t go in. What you will hear as you approach, however, is a new music soundscape emerge; one that is faintly threatening this time around. The black objects of Proteus (and the house-like block isn’t the only one) are the closest this game comes to an “enemy,” though they’re not actually threatening; rather the soundscapes they help create are merely unsettling to behold, and their contribution to the soundtrack matches.

What we have with Proteus as a result is a little sandbox to play in by simply walking through it, and though each island is relatively small in terms of land space, each is utterly filled with stuff that makes noise. What is fascinating about Proteus is that, despite belonging overtly to the same genre that people often malign for a perceived lack of interactivity, and despite being unable to actually “touch” anything, Proteus is deeply interactive to its very core.

If you do nothing in Proteus, absolutely nothing happens. Every virtual step you take, however, has a flow-on effect on your perceptions of the entire world. A single step could change the position of trees around you, affecting the rhythm of sound that they send your way. A single step is all that it takes to set a rabbit hopping away with that delightful bounce resonance. There’s no escaping the noise, other than climbing to the top of a frozen mountain, at which the absence of noise becomes a part of the soundscape itself. So you can’t really escape the weird performance that is playing out in your ears. But you control it, and in a weirdly fascinating way, in Proteus, you are a conductor, and the environment is your orchestra. 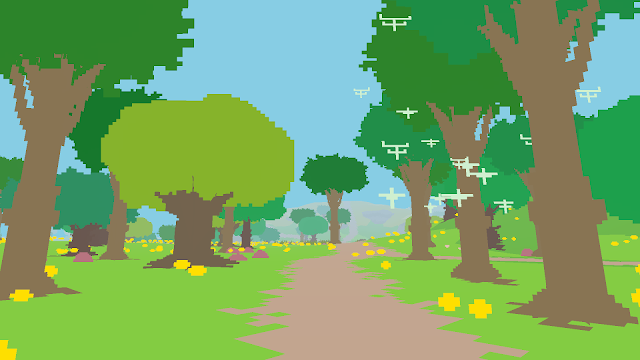 This game had me reflecting on the nature of interactivity in games more than any other, because the whole experience is so finely honed to it. The musical nature of Proteus, combined with humanity’s natural inclination towards movement and rhythm in music, would moderate how I moved around, for example. There were times where I would sit and simply allow the noise to wash over me, because if I moved on too quickly the actual music shifted in tone on me too quickly. So, subtly, Proteus also exerted a kind of control on me, and I found that fascinating too, as the game very deliberately puts complete control over everything in my hands. I could have raced through the landscape if I wanted to. The game made me want to not rush.

It’s a bit like the symbiotic relationship between the Earth and the moon. The Earth exerts complete control over the moon, but then the moon’s gravity kicks in and pushes subtle tidal influences over the earth.

Why is all this important? Through a game that is so finely honed in its mechanics as Proteus, we learn a lot about game design. Done well, a game can moderate a player’s pace, so that they experience it the way the developer intended. Simple visual cues through Proteus even managed to subtly pull me along through its seasonal “narrative,” even though I never once had to follow those cues. Done well, a game can give players complete control over their experience, but then work with them to craft an experience that is mutually beneficial to the developer (who wants the player to experience a certain set of things), and the player (who craves agency over what they do while playing a game). 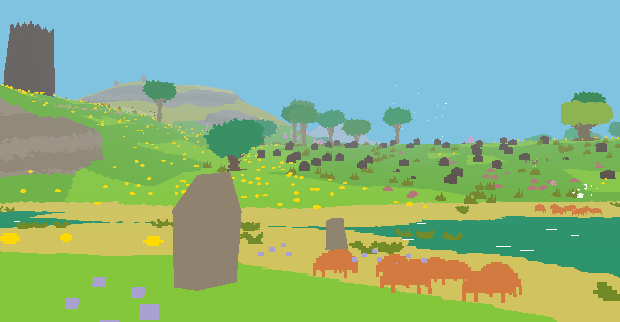 And this is why the “walking simulator” genre is so important for the development of the broader games industry. The lessons we can learn from the way these developers frame their highly focused experiences teach us a lot about the foundations of the gaming experience. Proteus might not be a game you ever play (though I really hope you do). However, Proteus is also a game that game designers should play, because I can only hope that by studying this game, we can create a generation of designers that have more creative solutions for pushing and pulling players to experience what they need to without putting up arbitrary and lazy walls and roadblocks along the way.