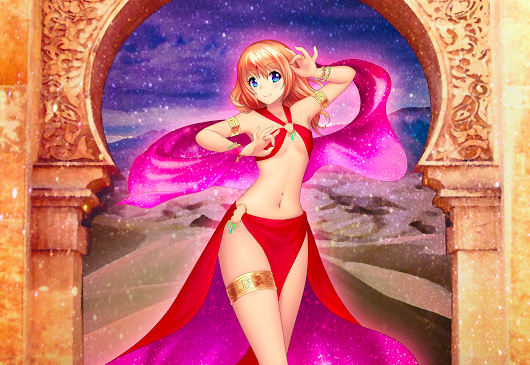 You’ve probably seen Dee Dee around by now. She’s our mascot, and she’s wonderful. Journalist, model, all-round nice girl, Dee Dee’s a far more attractive face for Digitally Downloaded than any of us could ever be.

And to show just how versatile she can be, let’s use this week’s Friday Ten to investigate all the games that she would be perfect to cameo – or even have a proper role in! Developers and publishers, listen up – get in touch – Dee Dee’s very much available to guest appear in your game!

It was tempting to suggest that Dee Dee would be perfect for the proper Dead or Alive games, but then you remember that she’s not big on violence, so Dead or Alive Xtreme makes a whole lot more sense. 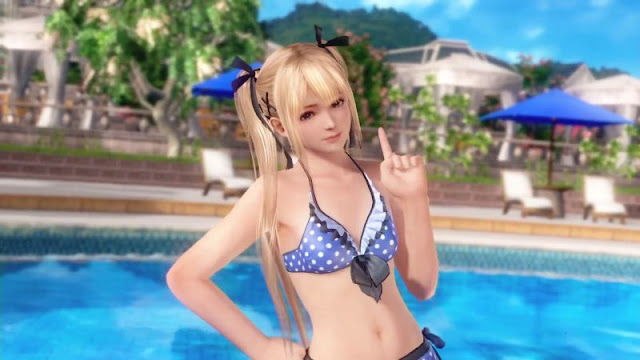 If anyone’s equipped to take on Monokuma and win, it’s an ace investigative reporter such as Dee Dee. She knows how to search for clues, draw conclusions, and know instinctively when someone is being honest or not. 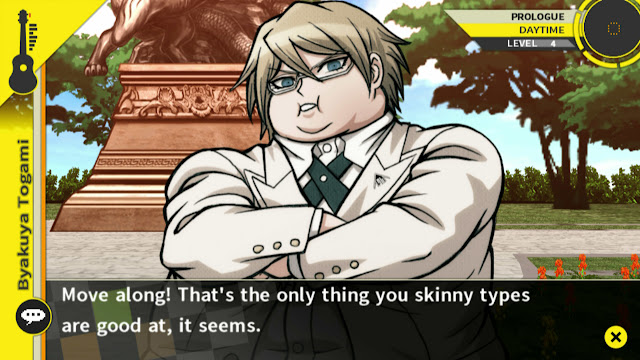 These are all seriously powerful tools in taking on a mastermind that thrives on chaos, misdirection, and high-stake games of winner-takes-all. I know I sure wouldn’t bet against Dee Dee. Heck, I almost feel sorry for Monokuma.

My concern with Dee Dee appearing in a Professor Layton game is that she’d be relegated to a bit role; as an assistant or some other nonsense in the shadow of Layton’s genius. 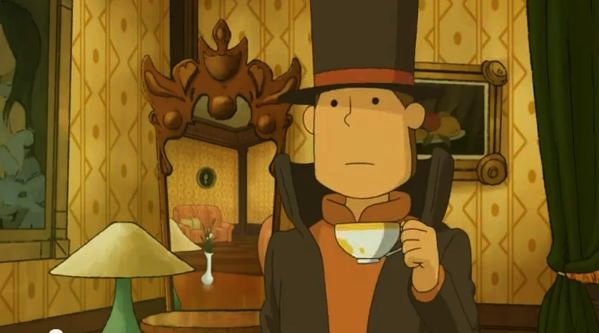 But we all know better, right? Journalists are naturally good at puzzles – it’s part of their very job description, and the heavy logic-based puzzles that we find in the Layton games even moreso. I’d put money on Dee Dee ending up with more picarats than the professor, any day, any game.

Journalists, being right in the thick of so many crime stories, also make for perfect protagonists, or even antagonists, in courtroom dramas. Now, I’m not suggesting that Dee Dee should replace Phoenix or any of the other lawyers in this series, but how perfect would she be as a star witness in one of the cases? 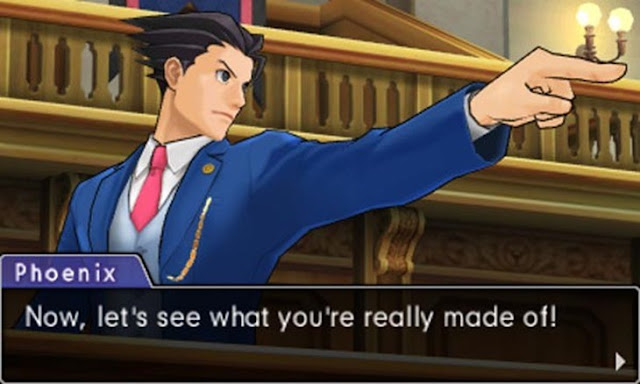 Then again, perhaps that would spell the end for poor Phoenix. He couldn’t logic his way out of a paper bag. Trying to cross-examine Dee Dee would surely drive him insane.

Yeah, why not? Let’s go there. NHS is, after all, about a bunch of school reporters looking for stories in their local town. Dee Dee’s a reporter, so it totally fits. 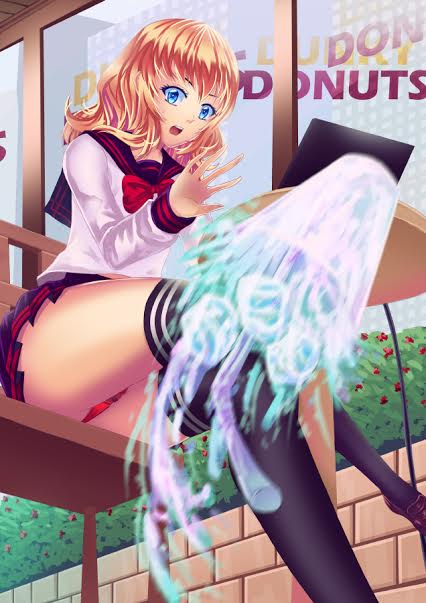 She’s also got great taste in underwear, which is apparently a key priority for girls in the world of NHK, and why the heck not? A bit of playful fan service never hurt anyone. So let’s roll with this as a cameo that Dee Dee could pull off with ease and move on to the next one.

Hah! Bet you never guessed to see this on the list, right? Especially after the whole “Dee Dee doesn’t like violence” spiel. But there’s a really good reason she’d be ace in this game, and it’s because she’d have the coolest fatality of all time. 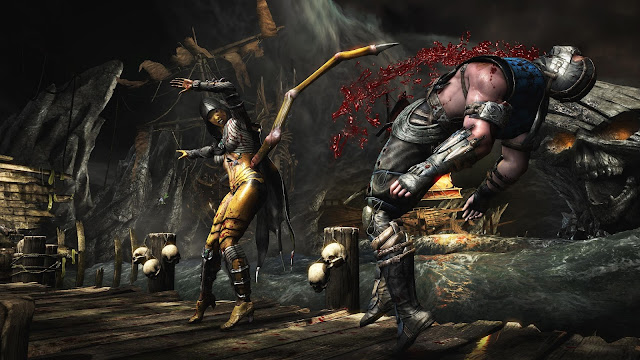 Consider this; When the other guy/ girl runs out of health, Dee Dee blows them a kiss, and through the raw power of her love that guy/ girl tears out their own heart to give to her.

Like you wouldn’t pay good money to see that.

Dee Dee would fit in very naturally with Hyperdimension Neptunia, if you ask me. See, that series has already introduced two journalists, based on Japan’s most popular two gaming magazines. 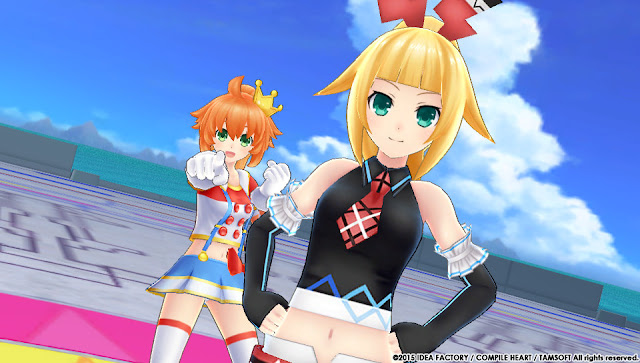 So why no have some representation of western publications, too? Dee Dee could make all kinds of ironic jokes about her call of duty, run around everywhere in full military camouflage, and throw up every time she saw a girl’s leg, before getting big black bars and sticking them over the offending characters.

Not that the real Dee Dee would ever do such things, of course! It’s all part of the joke, okay (seriously don’t sent hate mail I’d never want to see that happen).

“Wait a second!” you say, “Dee Dee’s not a Nintendo character!” And probably just as well, I’d hate to have to put a stop to her swimsuit costumes. Anyway, I digress. She can totally appear in a Smash Bros. game because so can Pac-Man and Cloud, okay? 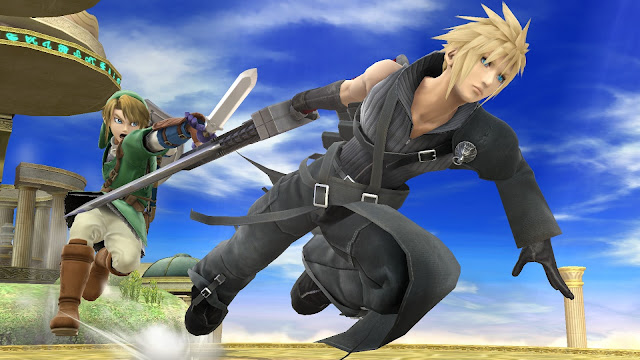 Dee Dee could have a couple of cool moves, too. Where all the Fire Emblem characters carry swords and things, she can carry a pen. For her final smash she can write kanji all over the other characters, sending them flying through the raw power of ink. The pen is mightier than the sword and all that, and Dee Dee can prove it.

Dee Dee and Miku are actually good mates. It started that one time in band camp… no wait, that’s a different story.

Dee Dee and Miku met when Dee Dee interviewed the star for a special magazine that only digital characters can read (seriously, they have secret clubs when we turn our game consoles off). After that interview went so well they both went out, got blind drunk, and hit the karaoke machines to get their best Gaga on. 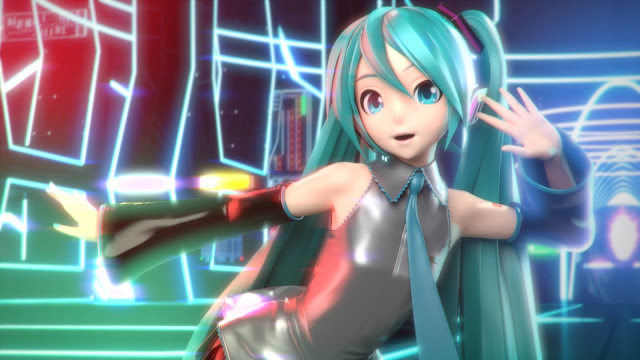 That’s what all epic friendships are made of, after all.

Anyway, in the game, Dee Dee could be a backup dancer or something. She does ballet, so it works.

I’ll not lie; I have absolutely not idea why kind of role Dee Dee could play in Nier 2. I don’t know nearly enough about the game, and thinking back to Nier and Drakengard 3, I still have no idea how she’d fit in. 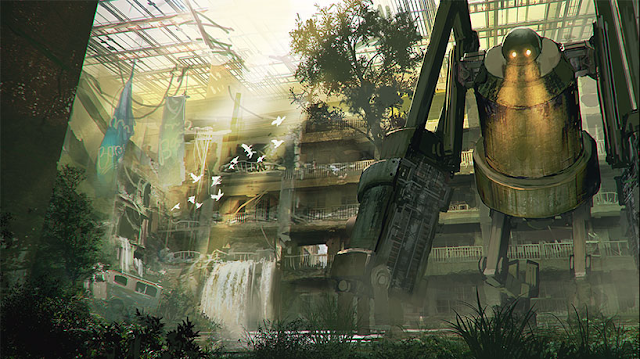 So. What games could you see Dee Dee either cameo in or have a full role within? Let us know in the comments!