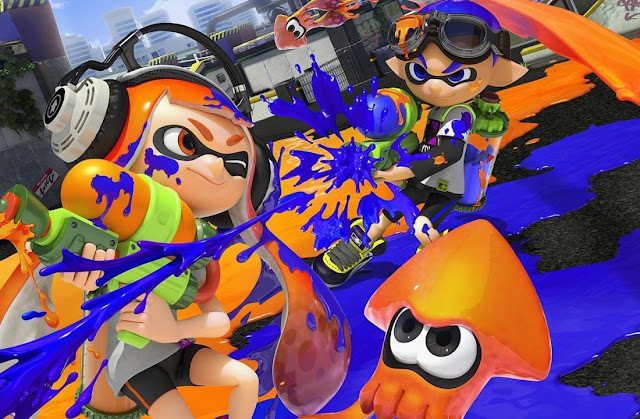 Surely it was inevitable. Nintendo’s multiplayer-focused game about coating everything in ink is about to be inked itself…in a very different way, that is. Yes, Splatoon is getting its own manga adaptation in Japan.

In fact, it’s actually getting two. The first, Honobono Ika 4-Koma, will be a four panel (or yonkoma, if you will) comic strip, presumably of the gag-heavy variety written by Kino Takahashi. The other, Splatoon Play Manga, will instead feature a variety of artists recreating their own gameplay experiences via illustrations. Neither is the epic inkling vs octoling saga we all envisioned, but hey, they’ll do nicely as silly fun and perhaps potential launchpads down the road.

Related reading: You can check out Matt’s review of the game here.

Despite the Wii U’s fortunes (or, more accurately, lack thereof), it didn’t take long at all for Splatoon to surpass a million sales. The brand has taken off in a major way since then, particularly in Japan where it has plenty of merchandise readily available, to the point of having its own line of snazzy fashion. Even the fan art scene has exploded…for better or worse depending on what corners of the Internet you care for.

Considering Nintendo’s general focus on established properties, it’s fascinating to reflect on how far new IP Splatoon has come in about half a year on shelves. Here’s hoping Nintendo continues to capitalise on what must be its hugest new IP in about a decade.

Don’t have the game yet? What are you waiting for!
Share this