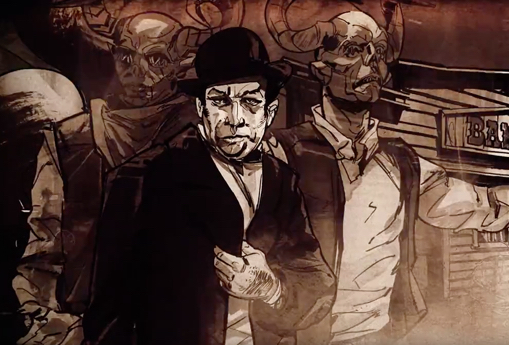 Hard West is an intriguing turned based strategy title that plays on the grittier aspects of the Old West. Luck, supernatural elements, and pure skill with a lead thrower will be the only things standing between the very fine line of life and death.

Related reading: This game borrows heavily from the systems that the recent XCOM reboot set up. You can read Matt’s review of the iPad port of that game here.

The Old West has traditionally held huge potential for a wide variety of tales from the classic Spaghetti Westerns to a reworking with a new context of classic films such as what we saw when Seven Samurai became the Magnificent Seven. It’s not hard to see why it’s such an appealing setting, either, between the real historical characters that were a fascinating bunch, the unique aesthetic of the West and its general lawlessness, this was always been a world where everything that could happen, would happen.

Hard West does justice to the Old West narrative. Death himself recounts the tale at key points as if the events themselves have already come to pass, and sets up a chilling premonition of what is to come. It’s actually an intriguing idea; if players are having the story being told to them by Death, is not their actions by default futile, and why would you play on? The fellow doesn’t miss a beat in his storytelling, regardless of the actions that players take, too, which only further emphasises the inevitability of it all. 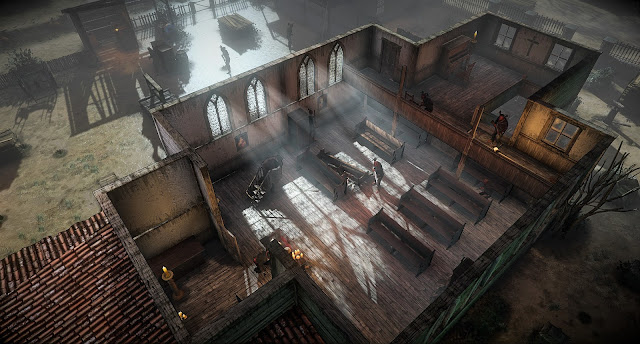 And yet, there we are, playing along with Death’s tale and… well, trying to keep our characters alive. Encounters on the field of battle progress on a team turn-by-turn basis that will be immediately familiar for anyone who has played a Fire Emblem or XCOM title. Each character has two action points in order to move, reload, or use an item each turn, but as is typical for the genre, the order of things is important as once a weapon has been fired that is it for that character’s turn regardless of remaining action points.

As with XCOM, cover is a vital strategic consideration, and deciding where to place your character before performing their other actions will be largely determined by what cover they can reach in their allotted movement range. With weapon range always being a factor as to where to stand or kneel in order to take cover from fire, the type of material that is being taken cover behind is equally as important. Wooden cover will not only offer a decent set of protection, but compared to canvas that can be shot through, it becomes the difference between life and death. But canvas protection still has value, as it provides concealment. Shooting through canvas to a target that you believe to be there is something of a hail Mary shot, but it can change the flow of battle if it connects.

Characters can be equipped with two separate weapons, as well as an artefact that provides a static bonus. Then it’s possible to also bring up to three consumables along. Even with all of this gear and cover to reduce incoming damage, sometimes that is just not enough which is Lady Luck, as a mechanic, comes into play. Get lucky, and your character will be given extra hit points that will allow them to survive a shotgun to the face. Of course, Luck is also fickle and you might just see your character go splat. 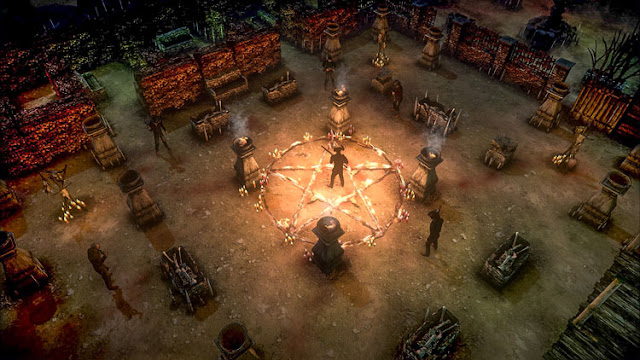 Luck has its own meter gauge to take into account. If a character’s meter is high enough at that particular moment in time then the bullet will simply miss, regardless of what a player does. Once missed the meter will decrease by the amount relative to the percentage hit chance. Luck can also be regained each turn by a small amount of by a bullet finding its way into your party member’s flank if that was not enough to make them drop.

With the variety of guns, artefacts, and consumables, it is also possible to stack things into your favour with a deck of cards that can be acquired to improve character stats such as hit points, luck, defence, aiming skills and lines of sight. These cards do not only offer a variety of bonuses in themselves, but extra boosts can be found if the cards are combined in one of the various poker hands. Pairs, two pairs, full houses and so on all add in extras that should be kept an eye out for, as the benefits they impart are significant.

Hard West is a great example of a turn-based tactical strategy game that blends both the Old West and the supernatural together seamlessly. Though it’s fairly derivative of games that we’ve already played, the intriguing way that the narrative plays itself out makes it worth a look, even for veterans.

The key games of January 2016: Forget catching up on that backlog