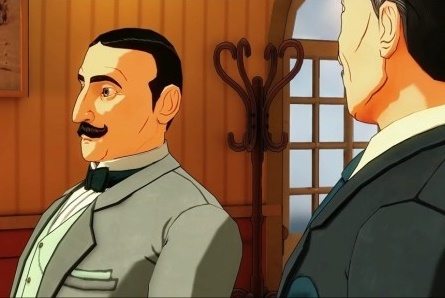 Agatha Christie is one of the most successful novelists of all time. Her works, which include 66 novels and 154 short stories, specialise in thrilling whodunit mysteries, and indeed, aside from Arthur Conan Doyle, it’s difficult to think of a single person more influential over that paticular genre. Agatha Christies: The ABC Murders is a point-and-click style adventure game, featuring the famous Belgium detective Hercule Poirot, doing his thing with his little grey cells (Christie fans will understand that one) as he hunts down the elusive ABC serial killer.

The ABC murders follow Poirot, joined by Arthur Hastings, as they investigate a series of murders corresponding to letters of the alphabet. The first victim, Alice Ascher who lives in Andover, is hit in the head with a blunt object. The preview doesn’t offer much beyond that, but it’s the start of what seems like a very clever murder mystery.

In terms of gameplay, ABC takes the conversations, a staple aspect of the point-and-click adventure game, and adjusts them to fit the crime genre. During conversations, words appear behind the characters acting as a form of a deception test. If the accused seems sincere about their grief, then I was less likely to assume that they were the murderer. Likewise, when a seemingly innocent character begins to act suspicious, that’s when I changed my approach. 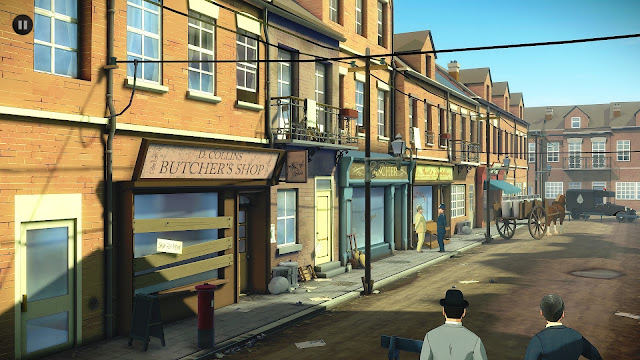 There’s also a great deal of observational skills needed to piece together the sequence of events leading up to the murder. In addition to observing the environment, such as the neat stack of newspapers in the corner indicating no signs of a struggle, or the punnet of strawberries that places the neighbour green grocer at the scene of the crime, Poirot’s observation skills are employed in reading body language. Deducing that the person you’re talking to sincere or nervous, changes the conversation options available. It was also great to bring back the need to use a pen and paper to help me get through some puzzles. One memorable moment saw investigating a cash register to find a passcode, which when entered as a price into the register, revealed a hidden compartment.

If anything, what excites me the most is how I’m more interested in Agatha Christie’s work beyond the ABC murders, and this was only a preview demo. It’s a really great feeling when a game can draw you into an already well established universe, but to create a game that tells the original story, it is even better for someone like me. For those who have already read or watched the original story, the ability to step into Poirot’s shoes would be a welcomed addition for many fans. There’s also enough exploration of the point-and-click genre to encourage all players who enjoy storytelling and the thrill of finding out who the murderer is.

Agatha Christie: The ABC Murders will be released in late February 2016 on PS4, Xbox One and PC.

And like a candle in the wind, Chain Chronicle is gone