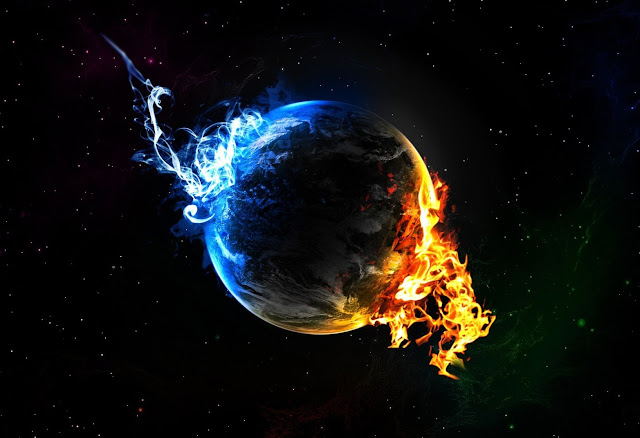 One of the things that has always frustrated me about the games industry, is just how aggressive it is in promoting what could only be considered a cultural imperialist view on the world. Particularly in recent years – which I think is no coincidence as games have become better at reflecting culture – the industry has, it seems, become very active in associating a “quality” game with one that promotes heavily American-flavoured, western ideology, on players.

The overwhelming majority of blockbuster games are developed by western development studios. Within that, the overwhelming majority of games espouse traditional American values, whether that be a deep and abiding hero worship for the military and of military personnel, a need for an individualism (if not outright libertarian philosophy), and a deep conservatism on any matter that touches on religion. Some are satirical and even critical of American culture (GTA), and the rare game deliberately sets out to critique these attitudes and is lauded for it (Spec Ops: The Line), but even then it’s an internalised debate, with those from within the culture looking in on it like they were looking at themselves through a mirror.

There’s nothing actually wrong with that, of course. Hollywood does much the same thing. It would be odd for the west not to be making art that reflects western values and even when that art holds a mirror to itself, it’s still going to discussing itself within the bounds of western morality.

The problem comes when the expectations of western culture is projected on to the games that come from outside of it. And that’s where the games industry differs from the film industry; foreign films are (generally speaking) respected for their differences to Hollywood sensibilities. Foreign games are castigated for them.

How often do you see a critic even acknowledge that a game from, say, Japan (to choose the largest development industry that isn’t from a “western” country), is Japanese, without that being used in a pejorative sense? And I don’t mean to single out the critics alone here – I keep getting drawn into the same kinds of discussions over and over again on Twitter and the like as well. In the west what tends to happen is that someone will get their hands on a game from Japan and immediately apply their own value set to it. If the game’s content doesn’t match with that individual’s value set, what we tend to get is games derided and dismissed for, at best, being “bad.” More likely, it’ll be slammed for being “immoral”.

The most obvious example of this is, of course, the differing attitudes towards sex and the impact that has on games. I’ve written on this topic often enough that I wouldn’t want to bore you going through it again, but, once again, Japan has a culture in which female sexuality is commonly seen as a source of empowerment for women, the culture has a nuanced understanding of a difference between harmless “cute” and genuinely “sexy,” and, ultimately, doesn’t actually care what people do in their private lives, so long as they behave themselves in public (honne and tatemae).

What this translates to is games like Bayonetta, which is slaughtered in the west for “objectification,” because she’s an empowered sexy woman, and Hatsune Miku, which is called “creepy” by journalists for being a “sexualised youth” because she wears a short skirt. A whole load of games other need to be censored to even be released into western markets because the western understanding of “morality” requires you follow the same rules in private life as public and it is therefore not okay to consume “objectionable” art in your own home.

Of course, when those in the west do exactly the same thing, it’s considered acceptable, because the way it is is suddenly culturally appropriate. Taylor Swift is lauded for a video in which she struts around in leather, but subtle differences in how that’s presented (such as, unlike in Bayonetta, never going completely naked) makes it palatable to enough of the American audience. Miss Teen USA pageants are appropriate enough to televise (swimsuit competition and all) because, unlike Hatsune Miku, who is aged to look young, the very real 14-year old girls that participate in those events are made up to look adult. Playboy became celebrated for being an expression of free speech. Oh, and one of the fastest growing sports in Amercia involves women wearing almost nothing and playing football.

None of this is to criticise American culture. No more than I criticise Japanese culture when I review Japanese games. The problem I have comes when the critics start to impart their cultural expectations on to the games that come from outside their culture. In the short term it means that games are criticised for things they haven’t done badly. Devil’s Third, for example, was fairly well received within Japan because that was the Japanese vision of a shooter. It wasn’t the perfect game, but it worked for that culture, and with a lot of the cultural context missed or ignored by the critics, and result out this way was a catastrophically low score for the game.

But in the longer term, cultural imperialism can have a much more chilling effect; it can start to homogenise an art form; to force it to conform to a specific set of values, with any game that does not facing derision, if not censorship. As with the film industry, we are going to start seeing other cultures producing their own visions of games. I would hate for Middle Eastern, South American or African developers to feel like they have to produce games that the Americans would approve of to even be able to make the game in the first place.

We were already heading that way. Before the download platforms really took off many Japanese publishers felt the pressure to adjust the games they developed to better suit a western audience. This lead to some very silly, terrible, projects being greenlit, such as Square Enix’s MindJack, Koei Tecmo’s Quantum Theory and Konami’s Castlevania: Lords of Shadow series (I know the last one’s controversial, but it sure as heck wasn’t the Castlevania that Konami’s Japanese teams were producing). These games were greenlit because, in the pre-download era of content, it got to the point that the Japanese publishers were faced with a plateauing local industry, rising development costs, and the realisation that it was simply too risky to localise any but the “safest” of Japanese franchises to the west.

Thankfully now, digital distribution has again allowed developers to take more risks. But as they localise even more niche games (or, games which are more intensely “Japanese”, rather than being built for a global audience), the criticisms against those games, for not conforming to western cultural values, has only intensified.

Part of the issue might be that Japanese games are far too prominent in western culture, so the mainstream are exposed to them, whereas in film the mainstream typically ignores films from Asia, Bollywood, and the Middle East. That mainstream is never going to get over the bigotry in assuming that their culture is the one correct culture, and every other culture needs to adjust to suit. I’d be perfectly okay with Japanese games settling back to the same kind of prominence that other Japanese cultural exports have, where the goal of the creators is to fulfil local demand, and then release to the more insular fan bases they find overseas.

As games mature as an art form they need to represent a wider range of cultures, and that includes both the culture’s sense of entertainment and its political, religious and social ideologies. For that to happen, the cultural imperialism that mandates that a game that doesn’t fit with western values is therefore bad needs to stop. Critics and the community alike need to start taking the culture within which a game was developed into context when analysing the value and artistic merit of that game. And then decide whether they are in any position to also be a critic of an entire culture if that game isn’t to their taste.