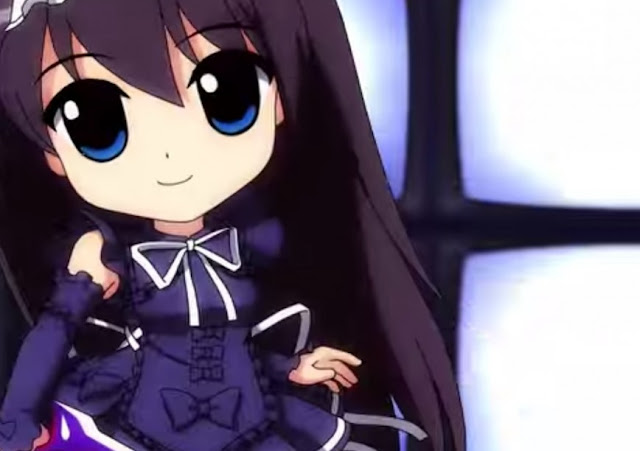 In today’s day and age, we don’t see too many side scrolling beat ’em ups, but Phantom Breaker: Battle Grounds is just that. As something so deliberately retro, it has its good and bad points, but is still fun to play if you’re into old school games.

Phantom Breaker plays like most beat ’em ups but has a few neat things under its sleeve. The game has four main characters who you may pick from. As you play you will get experience by picking up rubies dropped by defeated foes, this in turn contributes to the game’s leveling system. With those experience points, you can power up your character or unlock skills. There is a level cap of 50 and this means you won’t be able to unlock everything in a character build, but you may switch up your stats and skills between levels to find your preferred character build.

The action is fast paced and the number of enemies on screen at once can be a little maddening. Each enemy you execute a combo on will drop coins which need to be collected as they are pummelled. This adds to the hectic nature of the game as the screen can be filled with coins and enemies at the same time. It’s amazing that, despite the sheer activity on-screen, there is no slow down at all, even during my times playing online co-op. The first time you play through the game might be tough as you’re not at a high level and some of the bosses can be a pain to deal with, but once you reach a high level the game is pretty easy to beat on normal difficulty. Once you beat the game on normal you will progressively unlock options for more difficulty settings. 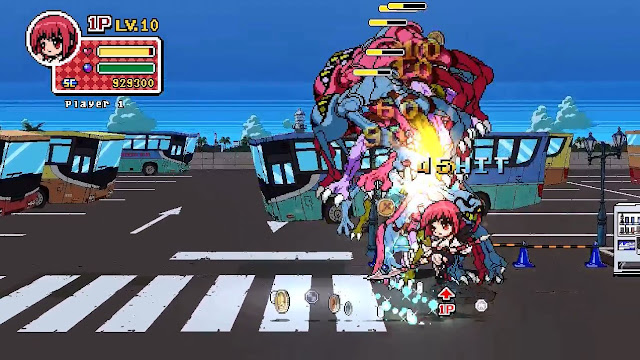 The game does get repetitive after a while, as you go around fighting the same enemies over and over again. Each character has a special move they can equip but all the characters start with the lighting move and the only way to find new ones is to find them during game play. By design or not, I only found them in the latter half of the game. Each special move seems to have a type such as lighting, ice, earth and so on. You may only have one equipped at a time and the only way to change it is to find another one while playing.

There are four modes of play; first is story mode where you get the story line while playing, arcade mode where you play for top score on the leaderboards, co-op mode where you can play with up to four players, and then there is battleground mode where you fight with your leveled up characters in a battle royale against other players. There is a bit of story which will vary slightly with each character, but it’s nothing too deep and rather forgettable.

I had the chance to play online co-op with Pierre-Yves and I must say I had a blast. Playing with a friend is fun, but there are a few things that the developers should have done differently. When playing co-op the game skips all story moments for some odd reason. And then there is the fact that after beating each level, it won’t let you go to skill select to unlock new skills. As it is, the only way I found to tweak my characters then was is to exit the game session and go to skill set on the main menu and then get the online game game going again after that. Luckily you unlock each level after beating it so you can continue where you left off. The game supports up to four players at once and while I wasn’t able to test that many players at once I can only imagine how hectic the action must get. 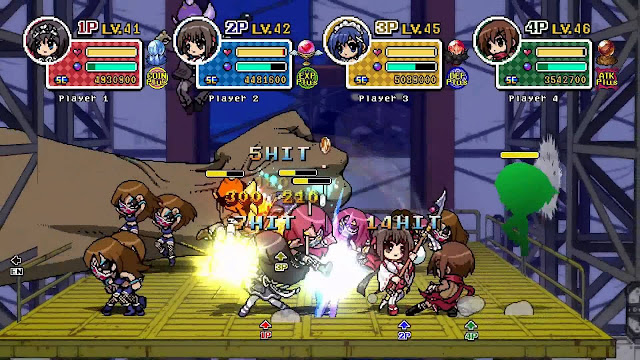 The game uses a 2D art style that tries to look dated, but has an anime style to it that is quite pleasing to look at. The sound and music also attempt to sound like its from the SNES/ Sega Mega Drive generation of games. The game keeps the original Japanese voice over and for a game with little story, the acting is decent… even if I don’t understand Japanese.

Overall its a decent game that’s fun to play, but is even more fun if you have a friend or two that can play with you. The online play is smooth and there are some hidden things that can be unlocked like more difficulty levels and more characters. If you’re into old school beat em ups look no further than this. If nothing else, Phantom Breaker: Battle Grounds is enough of a success that I wish there were more games like it out there.