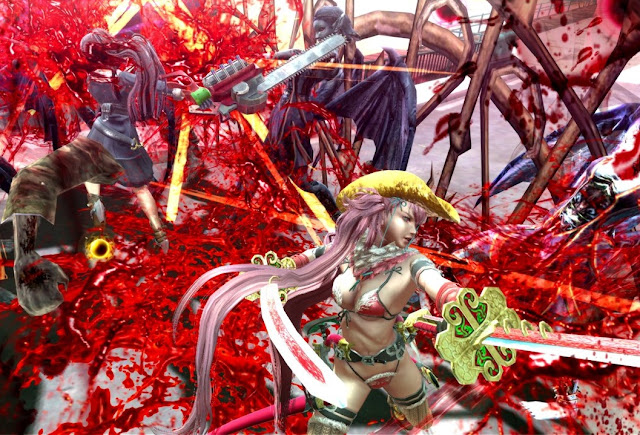 Onechanbara is less than a month away in all regions of the world (finally!), and NISA has taken the opportunity to release a new trailer, which shows us a lot of action… and more than an eyeful of bikinis.

This is the first extended look at the actual gameplay that we’ve had, and it’s pretty impressive stuff, all things said and done. Though the game is clearly B-grade, it’s also got some sense of style, with big enemies, plenty of the crimson stuff, and while the environments are all simple in design, there looks like there’s some good variety in there.

No doubt this game is set to be all kinds of controversial when it releases, but as the highest profile edition in the series to date, I actually have high hopes for it. While I like smart games, I also like B-grade games that I can enjoy with my brain switched off, and I see Onechanbara Z2: Chaos filling that niche nicely.