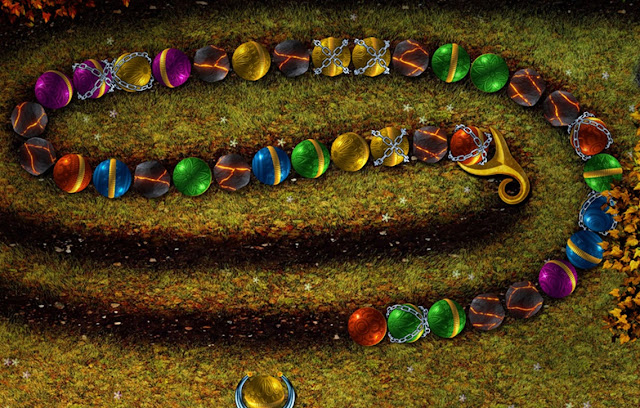 There’s something quite soothing about match three games. The market is flooded with them nowadays, and even though it feels like you’ve done everything it has to offer before, you can still go in and have some fun with it. That is, until you remember that you really have played it all before.

Sparkle Unleashed is at first glance another clone of Zuma, where a string of balls follow a path to an end goal. But by shooting a ball from a single position, and creating a chain of three of a kind, the balls vanish, and players have the objective of clearing all the balls before they reach the end. It’s simple stuff, and we’ve seen it done before (including some very creative alternatives to shooting balls at balls), but it’s a timeless formula.

Sparkle Unleashed has two game modes on offer, a story mode, and a survival mode. The story mode sends players through a series of ball-clearing missions, with the ability to unlock power-ups along the way to use in game. Power-ups are activated by creating a chain of three matches together. However they all vary in abilities, ranging from covering the path in ice to slow down the orbs, and a dark void that consumes a large amount of balls. Survival mode plays exactly the same, only with an endless stream of balls and the goal to hold out as long as possible. 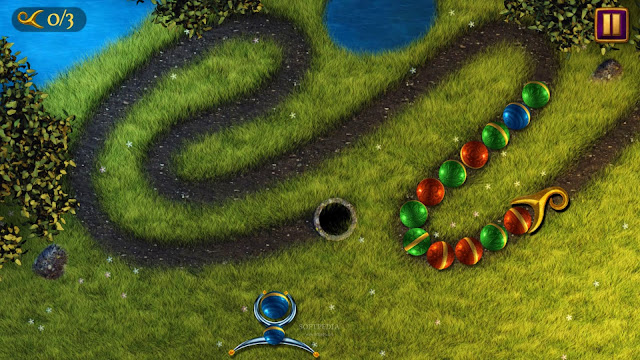 Credit to the developers 10tons, some of the level design does keep the player on their feet. Bridges and multiple paths mean that some missions provide very few opportunities to match balls together, meaning the player needs to instead rely on good timing and a precise aim.

It’s quite a feat to make it through multiple levels in one sitting, though, and not because of the difficulty. The repetitive music is absolutely draining on players after just a few levels, and there are a few issues with the hit detection as well, but without much urgency to clear the levels this doesn’t end up being much of an issue. There is no real punishment for failure, except for the need to replay the same level again. And while each level is different, and only takes a few minutes to complete, and no matter how each level is designed, you’re still doing the same thing you were doing from one mission to the next. It’s fun and even therapeutic in short bursts, but I couldn’t play for more than 20 minutes in any single sitting.

There clearly is a market for games like Sparkle Unleashed, but what’s sad to see is that there was a lot of effort put into the game. There are animated cut scenes and visually appealing visuals, but the raw lack of innovation in a kind of game that is rapidly showing its age really does let it down.