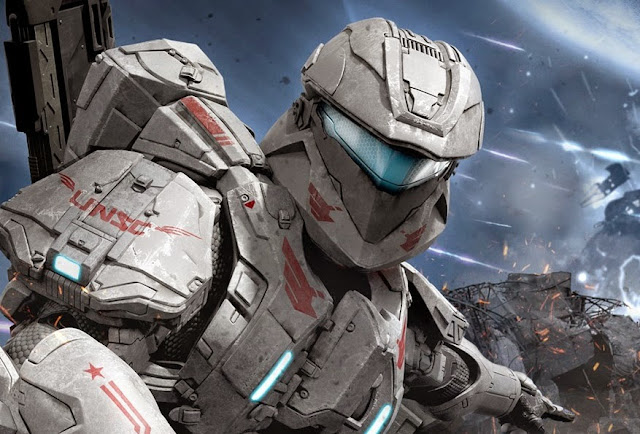 What’s quite incredible about Spartan Assault is that it has managed to encapsulate the atmosphere and design of the Halo games, previously exclusive to Microsoft systems, into the confines of an iPad. From the way troops behave, to the weapons and locations, it feels like an authentic Halo experience, even though it’s a top-down dual stick shooter, rather than a FPS, and that’s the best thing Spartan Strike has going for it.

The controls themselves are actually quite responsive and it surprised me as to how well it played on the iPad. The left and right corners of the screen are used to move and aim respectively. Other attacks require the player to tap the screen (for melee) and double tap and hold on it (for a grenade). It’s a system that minimises the amount of buttons that takes up necessary screen space, without making the controls too confusing and unapproachable from a pick-up-and-play aspect. That being said, the nature of virtual joysticks is that by assigning multiple actions to the joystick it is inevitable that there are moments of inaccuracy. And there’s also a degree of unresponsiveness at play too; you can see that Halo: Spartan Assault is waiting to see if you meant to fire a gun or if you meant to conduct a melee attack when you first lay your finger on the screen. This is disappointing, because Spartan Strike requires players to have strong, accurate reflexes and it really needed mechanics that would be able to keep up better than they are.

Spartan Strike occurs after the events of Halo 4, in which inventors have successfully created a device that can replay past war skirmishes. It seems strange that a computer generated simulation takes more time to invent than flying spaceships, but whatever. The five operations that make up the campaign are spread over 30 missions, all with varying objectives. Each operation is introduced by a cutscene to give those who want it additional backstory behind each event, but the beauty of Spartan Strike is each mission is completely accessible without knowledge of the previous history of Halo. Some missions require the player to move through the level in the classic run-and-gun format, while others make players defend certain objectives or extract certain objects. Missions are enjoyable, as each one is injected with fast-paced action that doesn’t let you slow down to smell the roses. Something is always happening, with this action being what ultimately draws you through the level, until you’ve reached the end of each operation without knowing it. 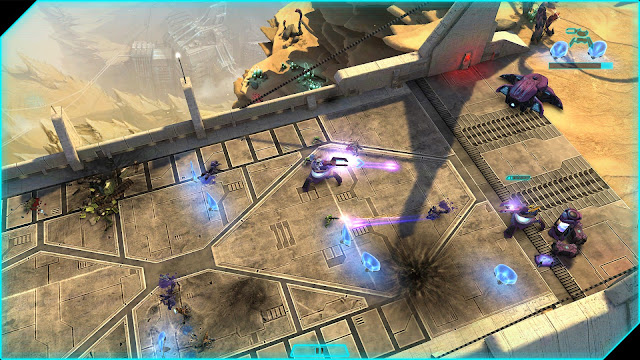 Like with other mobile games, there is a ranking system that scores you after every mission. ‘Skulls’ can be equipped to modify the gameplay, essentially acting as a difficulty system, with substantial payoff. Do you take the risk of having shields and armour deplete while shooting to gain more credits at the end of a mission or do you choose to pick up weapons with less ammo in them? It’s an interesting dynamic that keeps the game interesting.

Now, I haven’t spent a great deal of time with the Halo games. The Master Chief collection is currently collecting dust for a multitude of reasons, but you don’t have to know the Halo inside out to see what the team behind Spartan Strike have done. There are so many intricate details that create the same atmosphere of previous entries, and I’m sure there are even more references that have completely flown over my head. I can’t see Halo fans not also enjoying this, which does a really good job of broadening the franchise beyond the standard shooter experience to offer something a little more experimental.

It’s not surprising that Spartan Strike is an incredibly fun game to play, and 343 Industries certainly has the experience under its belt to produce high-quality action games. Can it compare to the upcoming Halo 5? Of course not. Spartan Strike is an stylish little package, and is being sold for an amazing price. As such, ‘true’ Halo game or not, it is easily one of the best games to come out on the iPad this year.

The Persona 4 Dancing All Night swimsuit trailer is… mesmerising