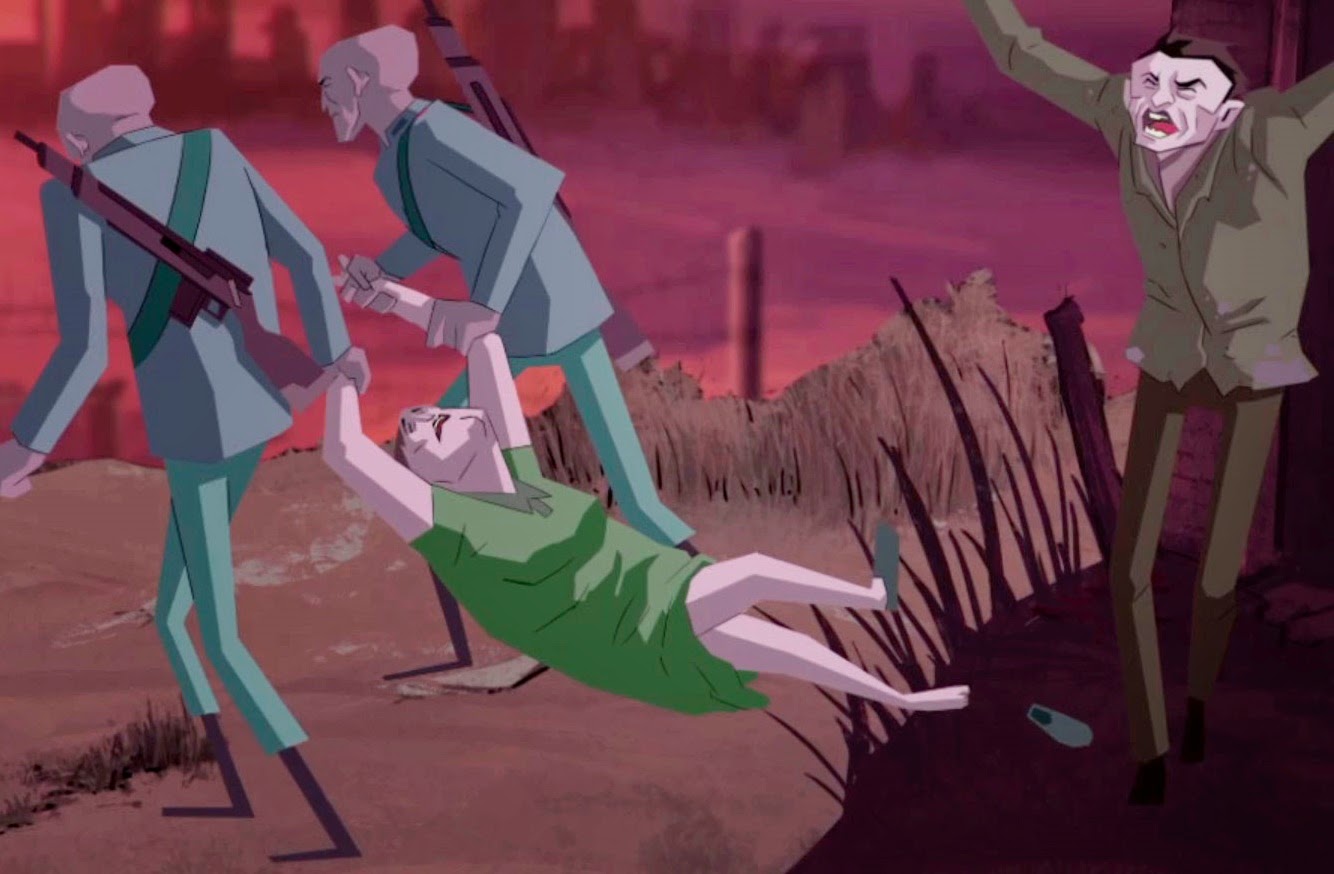 The point-and-click adventure genre has seen some solid releases over the last year, and Dead Synchronicity: Tomorrow Comes Today is another solid example of the genre. The dark, dystopian atmosphere is well-realised through the handful of hours it takes to reach the story’s conclusion. A conclusion however, that did its job in leaving me wanting for more, but also feeling as though it should have been something more.

Our protagonist is named Michael, who is unfortunately yet another amnesiac in a video game. Once you get past that particular trope however, you can lead Michael into a world where the human race is starting to perish due to an epidemic that turns them into creatures called the Dissolved. This illness heightens their mental prowess to incredible levels, but also starts them down a path towards imminent death that leads to them essentially melting away into nothingness.

This disease stems from the Great Wave, which is discussed in the story as an event that essentially wiped out all electronics. In the wake of this disaster, the world is a place ruled now by military might. This is a topic that has been explored before in movies, television and books, but thankfully here the focus is a little different to the narrative path those games typically take. Michael is among others in what amounts to a refugee facility and his conversations with others help him piece together not only the general events but also the missing fragments of his own memory. 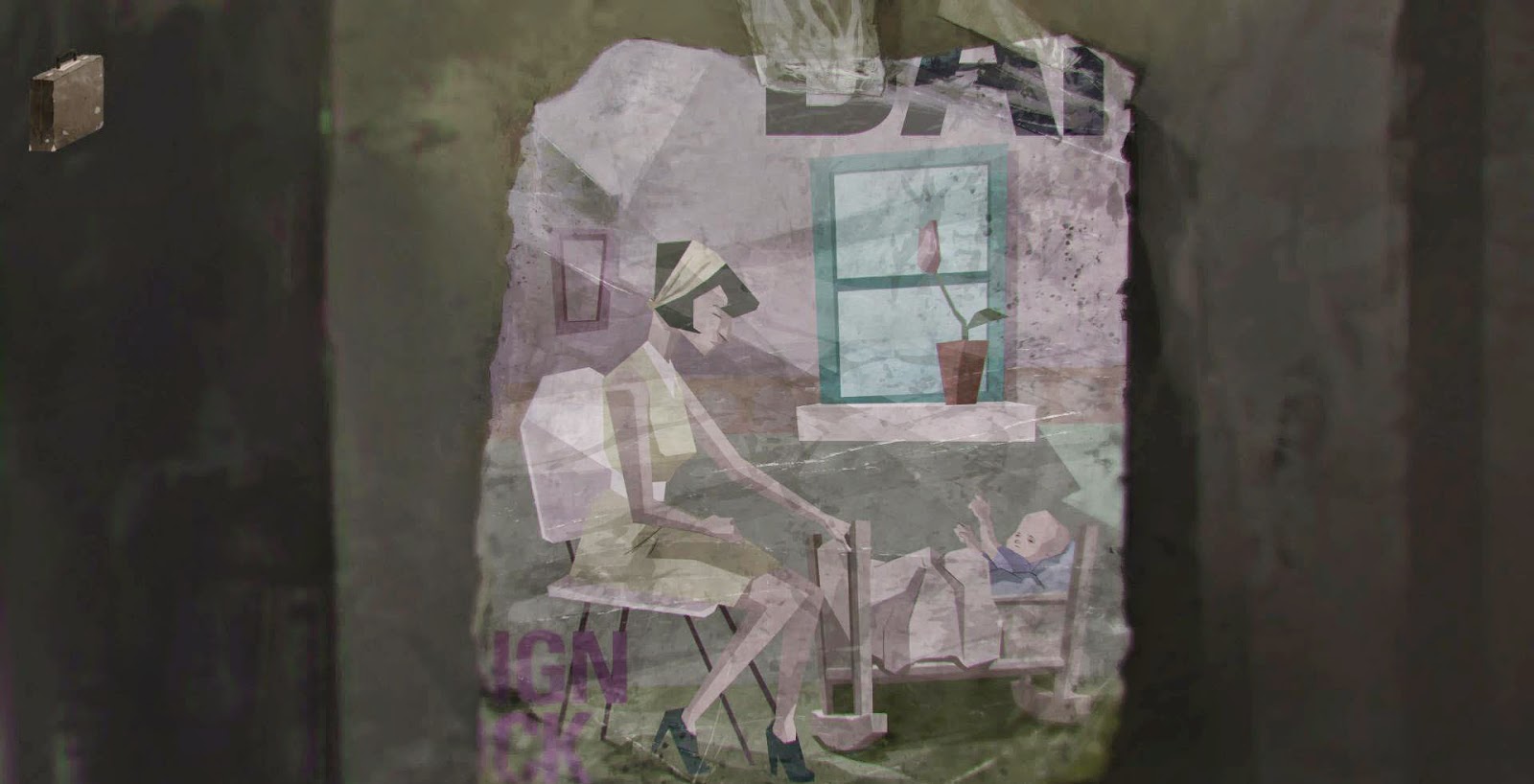 I have always had a somewhat morbid fascination with post apocalyptic story lines. On the one hand, I understand the overuse of a lead character with amnesia. You are both being inserted into this new reality with the same amount of backstory, making that character’s plight an easier one to relate to while making allowances for your own personal ‘ignorance’ of the world’s history and current circumstances. On the other hand, there has to be a less common way to approach this concern. This is not a tremendous problem, but it is a story arc that has worn on me a little over the years and it has begun to feel like a crutch in some games. At least the way the narrative progresses where Michael can piece together information from the past is organic and interesting.

The presentation work well for the most part. The visuals have a simple almost drawn aesthetic to them while there is a good deal of music to be had in the background. The music is the stand out segment of the presentation, as it aptly suits the story at any given time and helps you to forget some of the rougher patches of voice acting. Everything is voiced in the game, and thankfully Michael fares pretty well since he is our lead character. There are plenty of voice overs however, that leave something to be desired.

Just walking around and interacting with people would not be enough to make Dead Synchronicity: Tomorrow Comes Today engaging, so puzzles were added to the mix. Most of them are clever, though there are a handful that can prove pretty frustrating. I would venture to say that the puzzles in this game fall on the harder side of the fence compared to most games, largely because the game doesn’t hold your hand to the puzzle solutions. 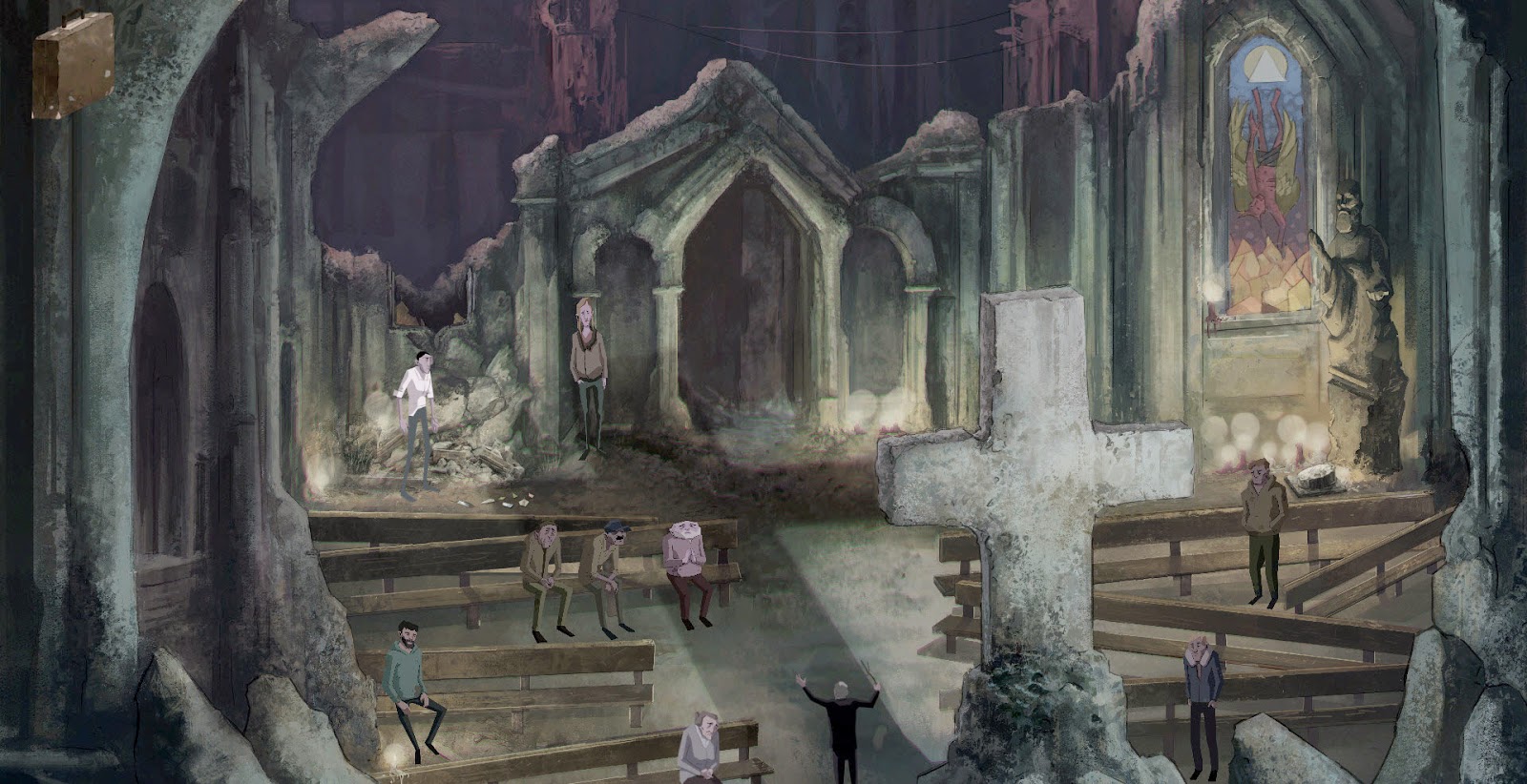 I can see the puzzles bordering on frustrating however, almost to the point where so much time is spent on them instead of that narrative that they can start behave like padding. There is very little feedback from the game during these puzzle segments. Even when I had the feeling that I was on the right track, there were times where I simply could not figure out how to get there. Anyone looking for a faster paced title will be sorely disappointed. The meat and the potatoes of the gameplay are comprised of conversations, puzzles and a ponderous walk. Not unusual for the adventure genre, perhaps, but even these games are starting to modernise to remove the dead weight that often occurs as the main character wanders from one location to the next.

While the plot intrigued me, Dead Synchronicity: Tomorrow Comes Today is incomplete elsewhere. The point-and-click mechanics are streamlined well enough that moving around and interacting with the environment is plenty easy, but there were times where it felt like the game was artificially cut off. There were dead ends in the environment that teased the potential for more, but were actually inaccessible. This combined with an ending that leaves more questions than answers, and Dead Synchronicity: Tomorrow Comes Today is incomplete for it.

The gameplay mechanics and presentation values in Dead Synchronicity: Tomorrow Comes Today are solid, but the puzzles will frustrate a segment of the audience. Worse yet, the end does not pay off the effort to get there. There is an interesting narrative at play that makes this dark, depressing world worth exploring, but I cannot fully escape the feeling that this is an incomplete, but valiant effort.