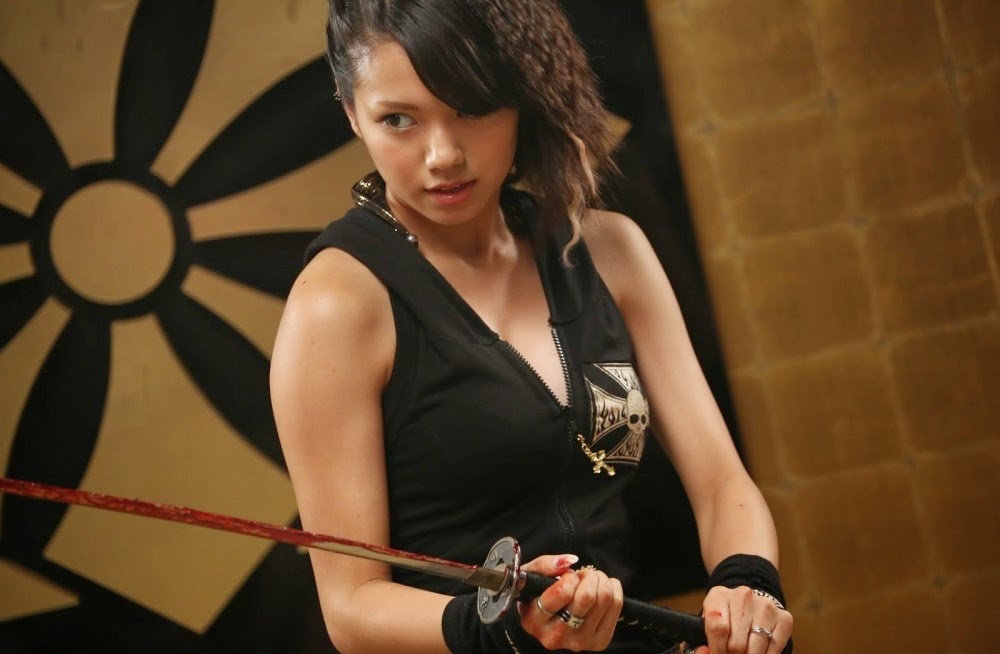 If there is one thing common to Quentin Tarantino’s films, it’s that they’re made with a genuine and abiding love for film. That being the case, Shion Sono’s Why Don’t You Play In Hell is the kind of film that Tarantino would have loved to make.

In theory it’s meant to be a mix between a homage and parody to the gloriously violent and gratuitous yakuza gang films of old, but in reality it’s more a love letter to cinema itself. A gory love letter, to be sure, with an extended sequence at the end that makes that sword fight from Kill Bill look positively family friendly, but a love letter nonetheless.

The plot itself can be summarised very quickly, but won’t make sense until you’ve seen the film (and likely won’t make sense afterwards either). A group of aspiring filmmakers find themselves with the opportunity of a lifetime when they somehow find themselves in the middle of a war between two yakuza clans. One of the clans is being led by a father who wants to turn his daughter into a film star, and has the bright idea to kill two proverbial birds with one stone and turn the attack on his rival’s clan into a scene in a film. Somehow this bunch of amateur film losers winds up with the contract to do that.

Which of course they find to be an opportunity to create a cinematic masterpiece. The ability to actually capture a real fight scene to the death between yakuza clans has them incredibly excited as an opportunity to turn reality into fantasy, and with no regard to their own safety they get to work on making the film.

Loaded with a heavy taste for the surreal, Why Don’t You Play In Hell takes the opportunity of a film being shot within a film to provide commentary on filmmaking itself. Self referential in the extreme, the narrative is both pastiche and parody on the line between fantasy and “good drama” in film, and Sono hits some oddly comedic notes at odd moments that initially feels awkward to behold, but as the film’s rhythm establishes itself it all starts to make great sense.

Because this film is Tarantinoesque, it’s also very transgressive in its violence. From the opening scenes where a little girl comes home to find her house has become, literally, a blood bath (to the point where she can slide through the blood like a slippery slide at a theme park), it doesn’t take long to understand where this film gets its adults-only rating from. The violence is deliberately gratuitous as part of the film’s greater parody of yakuza films, but people squeamish with the idea of people being force fed broken glass will want to look elsewhere. 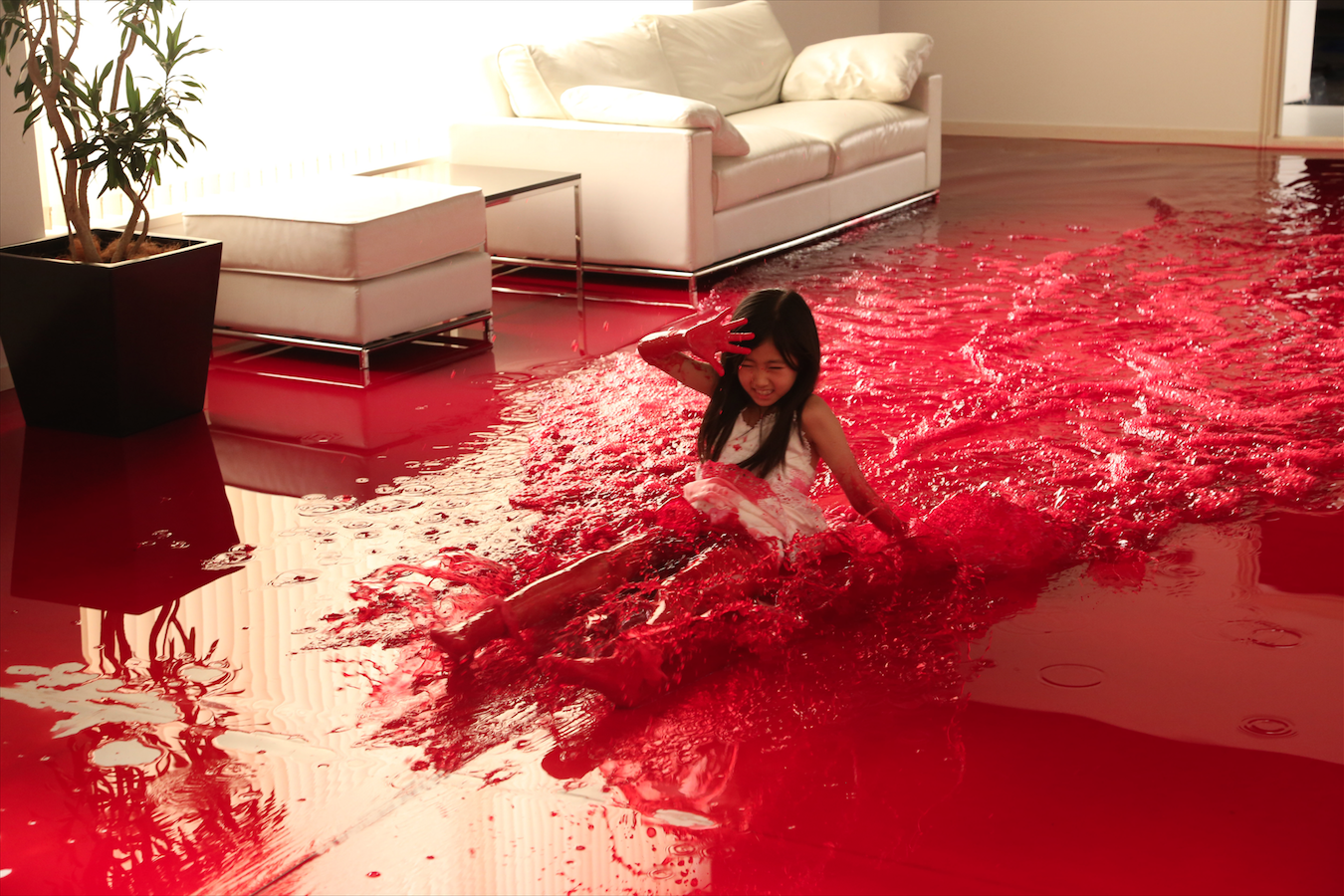 The surreal edge of Sono applies to the violence too. A man has a sword thrust through his head and is yet able to wander around for minutes of a time before being shot a dozen times. A man is decapitated in the middle of a conversation that a normal narrative would have him finish. The pacing to the violence of Why Don’t You Play In Hell is offbeat and, for all the gore, subtly directed. It’s fascinating stuff.

Any film that tests the boundaries of the fourth wall, if not breaks them completely, is one that is difficult for actors to convincingly perform to, but Sono’s cast handle themselves admirably. Jun Kunimura as the yakuza boss, Muto, is especially impressive, and has had prior experience in these kinds of films, having been in the Kill Bill cast. Shin’ichi Tsutsumi, as Muto’s rival, is even more impressive in his understanding of the underlying surrealist nature of the film, with some masterful work in playing up to the film’s excesses.

However the real star of the show is the daughter, played by one of the more talented young actors in Japan, Fumi Nikaidô. The central figure of the story, Nikaidô is by turns smouldering, sexy, and a powerful presence, and holds herself as both parody and homage to the treatment of women in yakuza films well.

Backed by a raw camera aesthetic and a delightfully low-brow soundtrack, Why Don’t You Play In Hell is surely destined to be remembered as a classic in Japanese cult cinema. It’s too subversive to hold mainstream appeal, and perhaps a little too straightforward in theme to hold much meat for the arthouse community, but at the same time the way it successfully subverts its genre and its earnest self-referential nature makes for a darkly comic masterpiece.

With regards to the DVD package, it lacks any kind of extras, and that’s a pity because I can only imagine how bonkers the behind-the-scenes must have been, but the image transfer is good, and while there’s no dub (not that I would ever watch a dubbed film), the translation of the dialogue for the subtitles is spot on.