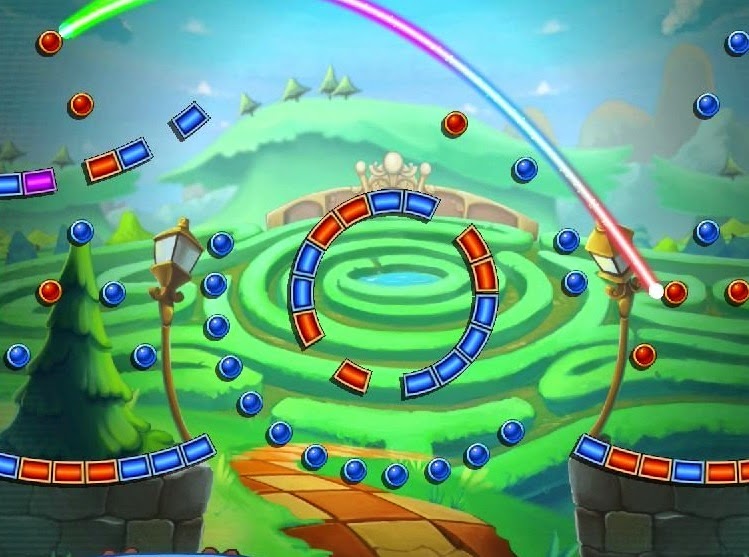 When I first heard of Peggle I thought to myself “that really doesn’t sound like fun,” but then a friend of mine got me to play it and boy was I immediately realised how wrong I was. Now Peggle 2 has arrived on the PS4 and there are things I both like and dislike about it.

For those of you who have never played Peggle before, it is a game where you shoot balls at different colour pegs and blocks, aiming to remove all the orange pegs in a level while earning high scores in the process. You must beat each of the Peggle Master’s levels to beat the game. Each Master has his or her own power that can be used by hitting a green peg, but the powers are limited in scope and need to be used wisely.

Conquering the Masters in Peggle 2 rewards the player with the ability to play as the Master characters, in conjunction with access to their powers. For Peggle 1 veterans there’s welcome news that all of the Masters are new with the exception of one. Bjorn the unicorn returns and has the same power he did in the previous game. Aside from new animations and new Masters, there really isn’t much done to change up the basic Peggle formula, though. It’s still entertaining to play solo, but I found myself getting bored after an hour or so of continuous play. However, when I sat down and played with a friend and we took turns playing through the single player game, it certainly added to the amusement. 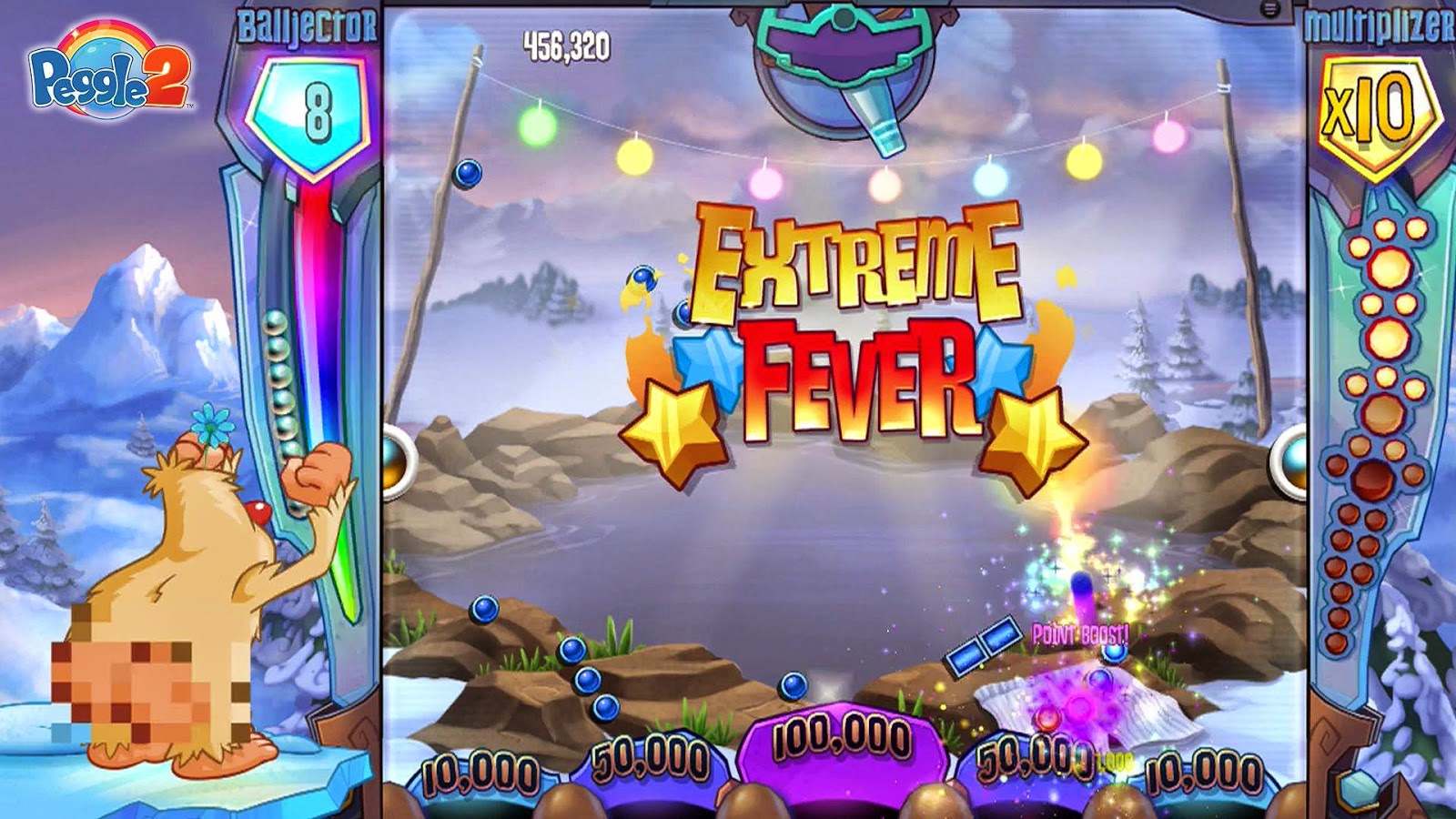 There is online multiplayer, but the only mode of play for two players locally is a Duel where you take turns and try to get a higher score than the other player. Its fun for a while, but I still had more fun passing the controller around playing through the single player mode. The online modes are Peg Party which allows up to four players and Duel which can be played by two players.

Now, Peggle 2 is a casual game and is a fun title for its genre, I’m just not sure if there is enough new material to satisfy players familiar with the original. Its a great game for anyone to play because it’s quite easy… even my own mother and father could play it. This game meets the family standard due to it’s simplicity, but can also offer a challenge for players who take part in the trial challenges and complete optional goals to master each level. The trials are unlocked each time you beat a Peggle Master’s level. At times, the trails can be more fun than the normal levels and the optional goals offer their own unique charm. All levels have three types of goals; the first being to clear all pegs from the board, the second being a score to beat and the third has variable objectives. 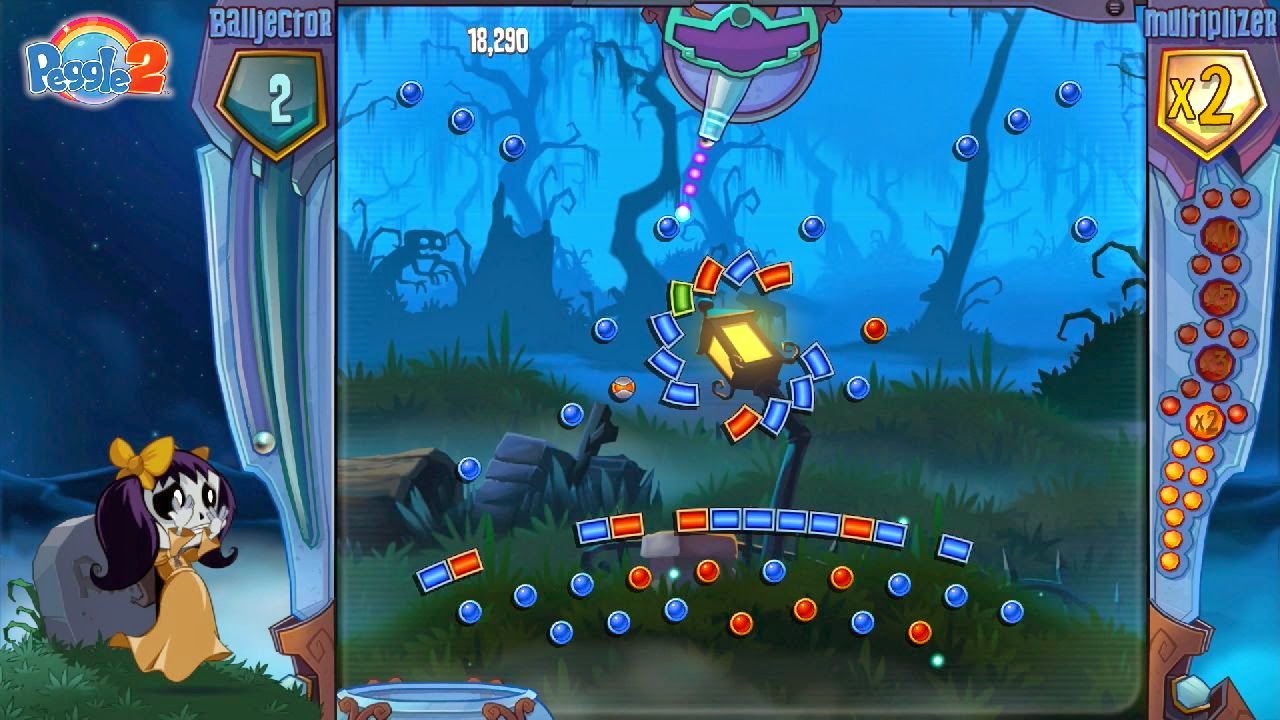 The background art is beautiful and the remixed classical score compliments gameplay. The animations the masters do at times can be silly… like Bjorn the unicorn who will at times fart rainbows and Berg the yeti who shakes its hairless (but censored) hind end.

Peggle 2 is an addicting game packed with silly fun that anyone can manage. If you haven’t played Peggle before, this game will hold a higher value than if you had. There were several areas which could have been improved upon to help maintain the community’s interest. I would recommend this game to families and new players but returning players may want to wait for a sale.