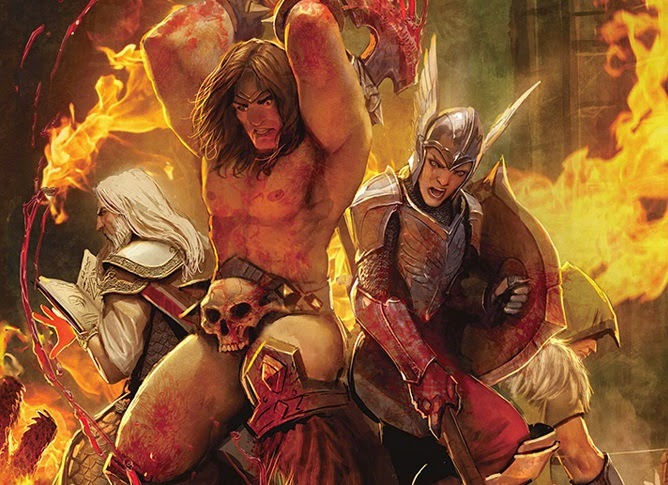 There are some things that once buried should stay that way. Like zombies. No one wants to see zombies. There are other things that we should be glad to see back, however. Gauntlet, for example. This arcade franchise hasn’t seen a new release since the PlayStation 2, and boy are we glad to see it back.

Gauntlet is a fondly remembered franchise for its fluid hack and slash combat and character line up that are all distinct from one another. The good news is that the four original characters (the warrior Thor; the valkyrie Thyra; the wizard Merlin; and finally the Elf (ranger) Questor), are back. Each selectable character plays completely different from one another with varying abilities that makes each of them a unique experience. It honestly surprised me at the amount of time that it took to get used to a new play style after switching over, but that just helped to reinforce that each character is more than just a different skin and are indeed unique from one another.

I’ve had the pleasure to play through what was roughly the first third of the game for this preview, which contains four levels, each in turn containing multiple chapters. The entire game is nicely reminiscent of the Nintendo 64 and PlayStation 2/ Gamecube iterations of Gauntlet. And, yes, Death still chases after you. In fact, he’s more of a jerk now than ever. If he does catch you in a level, where he used to drain some health off you and then let you go, now he kills you outright. This is something we discovered the hard way – if Death shows up, run! 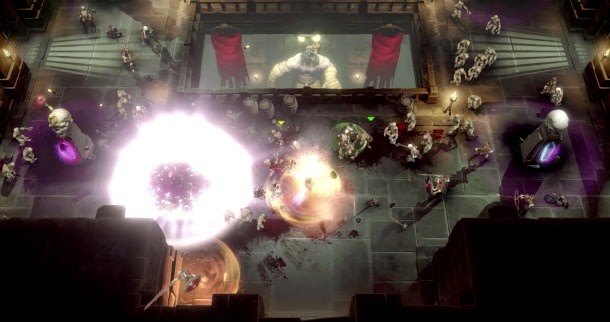 Gauntlet was always better in multiplayer, and this time around there is both local and online multiplayer to enjoy. I the chance to play with other members from the DDNet team online, and then additionally my better half joined in on my machine as a local player as we were playing. While the ability to mix-n-match local and online players isn’t a new concept, it is also not exactly common, and by adopting this approach to multiplayer the developers are giving players as many opportunities as possible to get a full multiplayer game going at once.

It’s also good for a bit of smack-talking. At one point I asked DDNet contributor Jim for a quote. “Anything you want me to quote when I start writing Jim?” I said. “The player who knows more about the Gauntlet games dies more!” He responded, observing that his KO count was in the single digits while I was something above 30. Cheeky bugger.

Not only does Gauntlet have a solid arcade hack-and-slash gameplay both locally and online, but it also has an interesting rewards system that not only rewards you for slaying enemies, but also for dying… let’s just say that I got these ones first. Taking the form of a “mastery” system, players level up masteries from Bronze -> Silver -> Gold -> Max by meeting a range of objectives. These objectives can be anything from getting hit by spikes (which will reward players by reducing the damage from future incidents) to defeating a certain number amount of a particular enemy (which will then increase the damage to that enemy type). 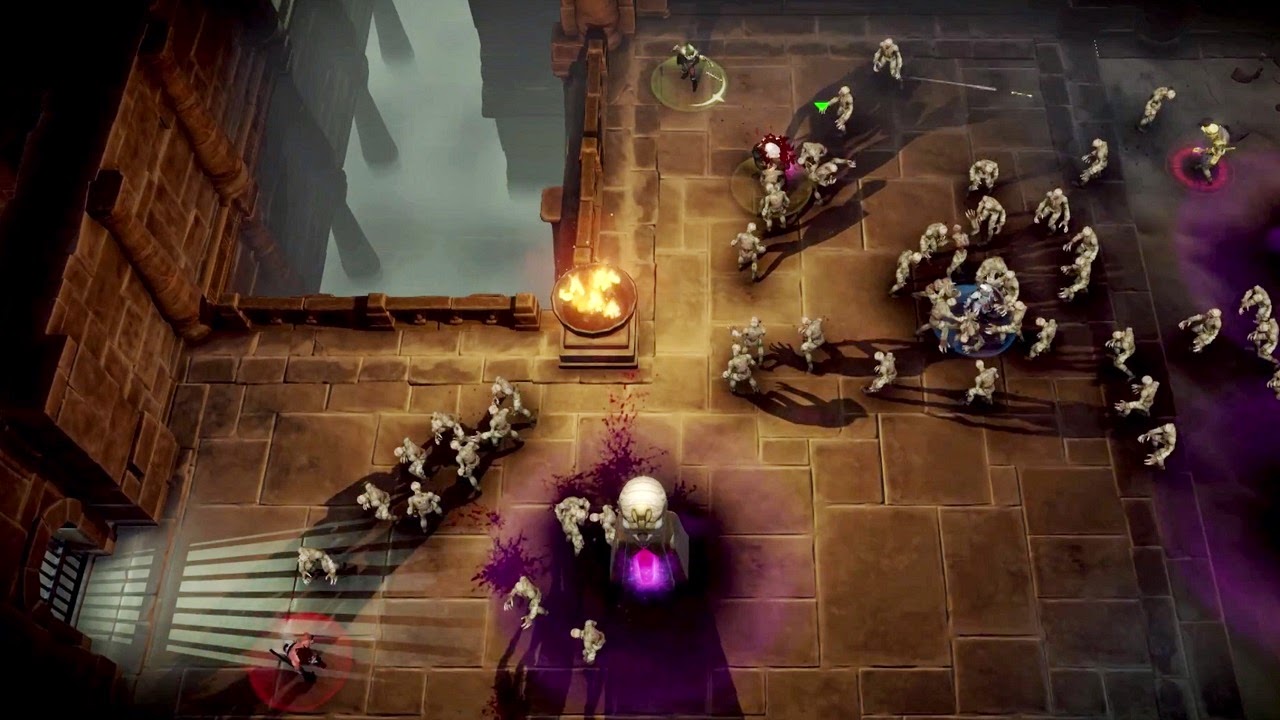 This system creates an incentive to replay the levels not only to acquire more gold and to buy character upgrades, but also to bring down the eventual difficulty that is to come from the later and harder levels. Players at the end of every chapter receive a score based on three criteria. The first is how much gold was acquired, the second is based on the player’s kills, while the last is a bit more tricky as it requires wearing a crown when finishing the chapter. This crown can be found off of an enemy during the course of the chapter and it acts as a multiplier for the rewards. This adds a bit of competitiveness to the game as well, as players can lose this crown if they are hit by an enemy, and another player can pick it up and claim the level.

Overall the time that we spent playing through the first set of levels was a sheer blast. The whole DDNet team agreed that we are looking forward to the full release and I personally didn’t realise how much that I have missed this series since its last release back on the PS2 in 2005. This Gauntlet has been almost a decade in coming, but the wait is clearly going to be worth it.

Hang out with Lo Wang out: Shadow Warrior coming to PS4 and Xbox One this fall