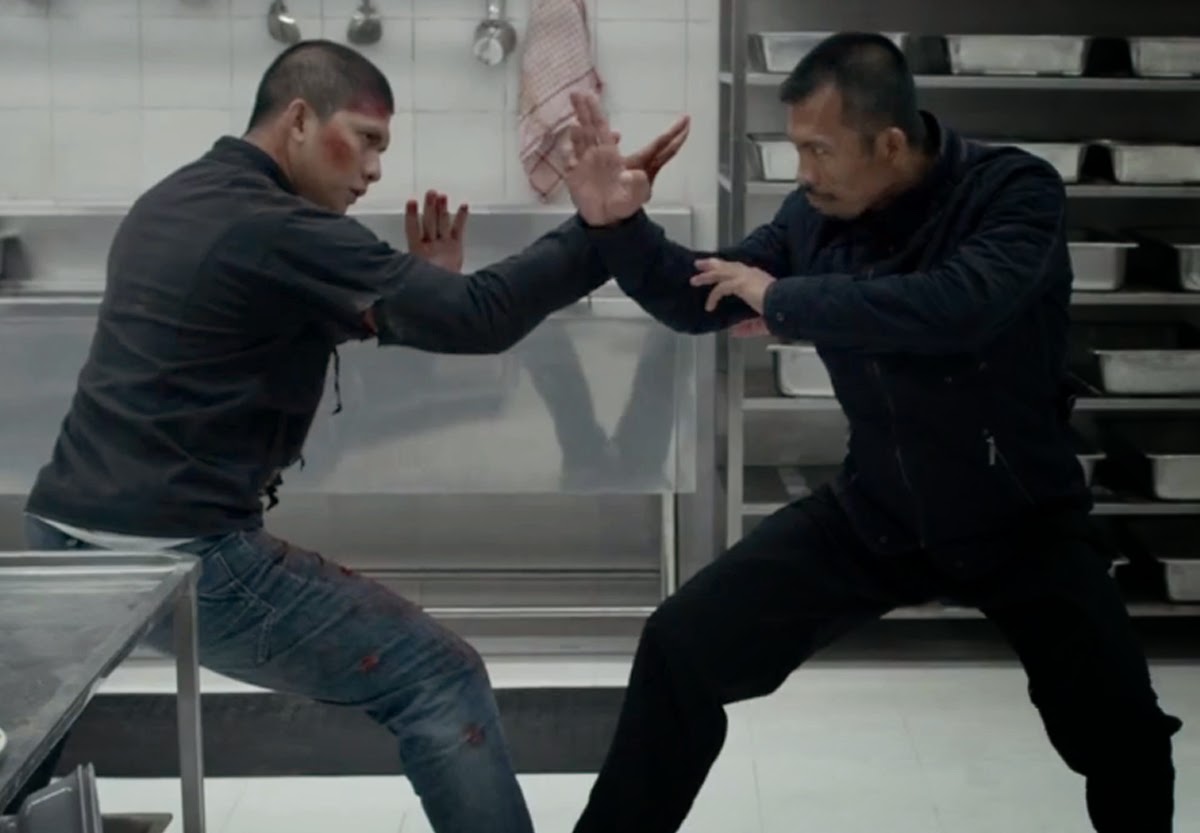 Cinema from the South East of Asia has certainly turned ultraviolent films into an art form. The films that often defined Hong Kong cinema have since branched into fledgling film industries in Thailand (for example: the Ong Bak series), and now Indonesia. With The Raid finding international acclaim (and being remade by Hollywood because apparently every popular international film must be) it was inevitable that there would be a sequel. The Raid 2 doesn’t break way from the path that the first film put down, but then it didn’t really need to. The first was brilliant, and the sequel is brilliant.

Although both films are the work of a Welsh filmmaker, Gareth Evans, The Raid 2 like its predecessor is authentically Indonesian not only for its location and actors, but also for its use of Pencak Silat, Indonesia’s own contribution to the martial arts. There are many variations of martial arts that are now called Pencak Silat, but generally speaking the style is characterised with a focus on strikes, joint manipulation, and throws. 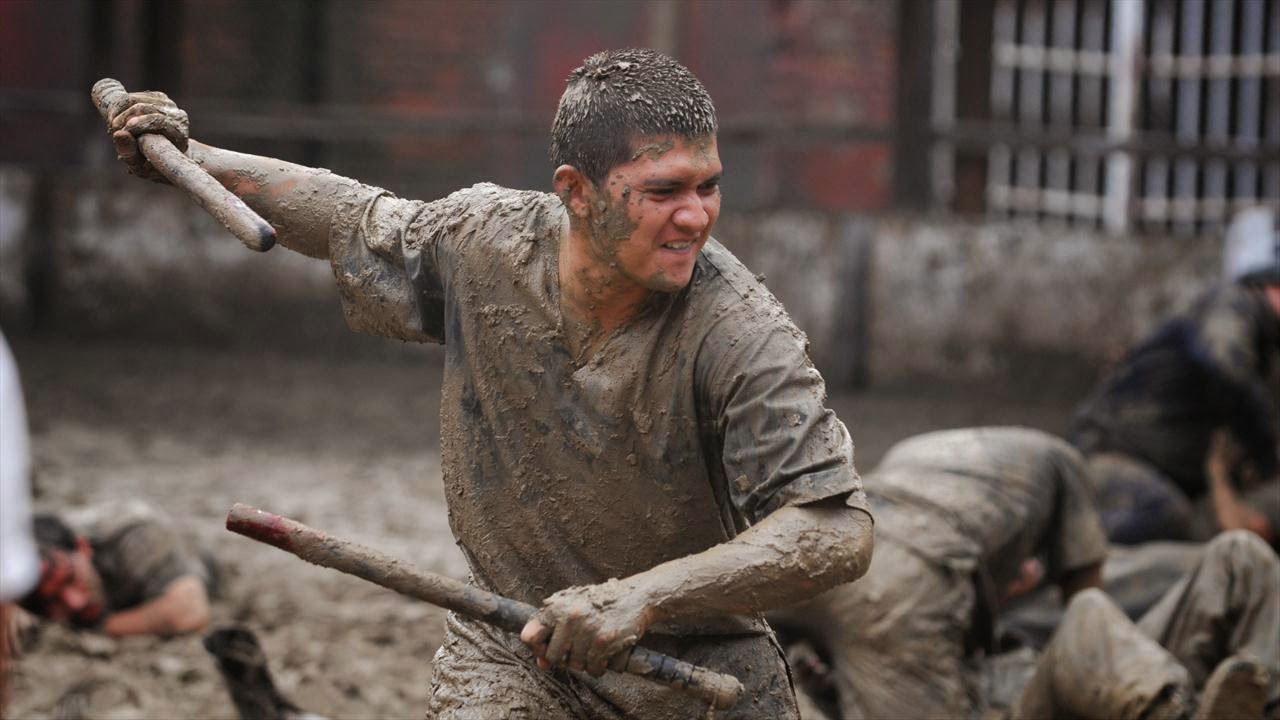 In The Raid 2, the martial arts sequences are breathtaking. A one-on-one combat towards the end of the film is extended beyond comfortable watching, but like the most intricate of dances it is choreographed well beyond what you’ll generally see in Hollywood. Where blockbuster films will focus on sharp, high impact fight sequences, Asian martial art films generally have choreography that tells a story in itself, with a slow escalation that builds towards a brutal conclusion. The Raid 2 pushes this physical storytelling to the limits, and I found myself surprised over and over again with just how far the choreographers were able to push the fighting without repetition setting in.

The environments in which these conflicts take place are fascinating and unique as well. A nightclub scene introduces a verticality to the action, as the fighters move up and down from balconies and use tables and chairs as part of the dance. Another fight in a soaked, muddy prison field at times looks comic, like children rolling around in the mud… if they were breaking skulls in the process.

The Raid 2 never holds back from its violence. It’s more than happy to show evisceration and the consequences of being shot in the head by a shotgun at close range. Accompanied by sickening sound effects as flesh is torn off the body, it’s never the most pleasant film to watch but it clearly sets out to be visually striking, and it does achieve that.

It’s rare for an out-and-out action film to have a narrative of any substantial depth, but The Raid 2 does try. A fellow by the name of Rama (Iko Uwais) is a police officer who goes undercover in order to infiltrate the organised crime society of Jakarta, and bring a corrupt strain of police to heel. That in itself is standard stuff for a crime thriller, but the film makes the best of occasionally limited actor talent with smart, sharp writing. Certain themes will not necessarily translate to the west, such as the way the film explores certain nationalistic ideas that are running through Indonesian society at the moment. That said, the concept of nationalism and it being a bad thing for community cohesion is certainly something that’s a universal problem across the world so The Raid 2 is also not a film that’s going to come across as too foreign, aside from the need to read subtitles.

The film is immaculate from a technical point of view. Colours are suitably drab for a series of environments that are designed to evoke the same sense of dreary oppression as prison, and create a suitable “underground” tone for the crime theme to play out. During action sequences Evans has wisely allowed the choreography to star, and resisted using too many dramatic cuts to try and “enhance” the energy of the scenes. A couple of the environments – especially the nightclub scene, are truly memorable.

If there’s anything that The Raid 2 could have used, it is perhaps some editing for length – at over two hours long it’s well beyond the tolerance threshold of most people for such an action-heavy film, and it is tiring to watch in one sitting. But looking back I also can’t think of any scenes or lines of dialogue that didn’t belong, and the action sequences needed to be extended in order to have the impact that they do. 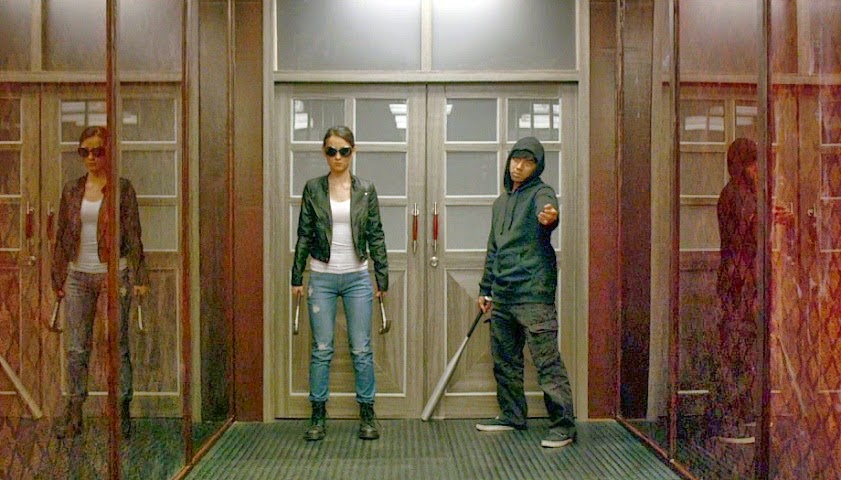 So instead I recommend you approach this film like cinema of old. Halfway through pause it, take a 10-minute intermission to grab a cup of coffee, and then get going again. Because really, length aside The Raid 2 is a stunning example of an action film.